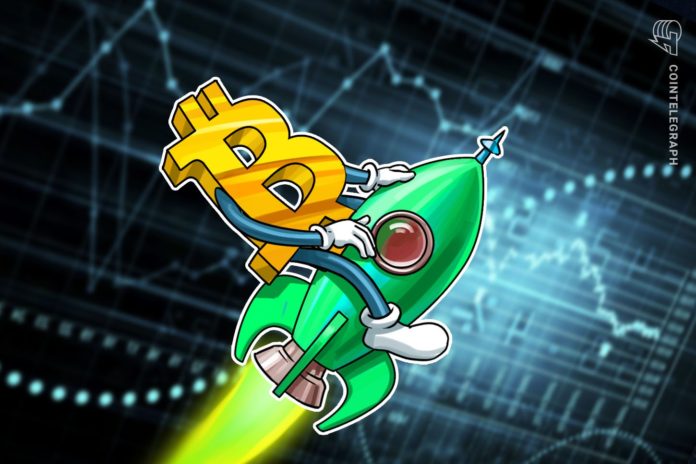 Spot exchanges drove Bitcoin to $9,500, not the futures market

In crypto, the term spot exchange refers to a platform that facilitates fiat to crypto trades. On Binance and Coinbase, for instance, users can trade Bitcoin with USD or stablecoins like Tether (USDT) without leverage.

Volumes coming from spot exchanges are not inflated by leverage or borrowed capital. Spot volumes typically demonstrate authentic retail demand and they often increase during an accumulation phase.

Unlike past rallies, the recent upsurge of Bitcoin was primarily led by spot volumes. Binance and Coinbase saw record high daily volumes, as shared by Binance CEO Changpeng Zhao.

The demand for Bitcoin on Coinbase reached a point where the exchange could no longer handle user activity for a temporary period.

The relatively low volume of Bitcoin on futures exchanges and the dominance of spot platforms indicate that the upsurge from $7,700 to $9,500 was organic.

According to a cryptocurrency trader known as Benjamin Blunts, the Bitcoin price broke all major historical resistance levels when it first surpassed $8,000.

The 100-day and 200-day daily moving averages (DMA) and the 0.618 Fibonacci Retracement level were all broken simultaneously. 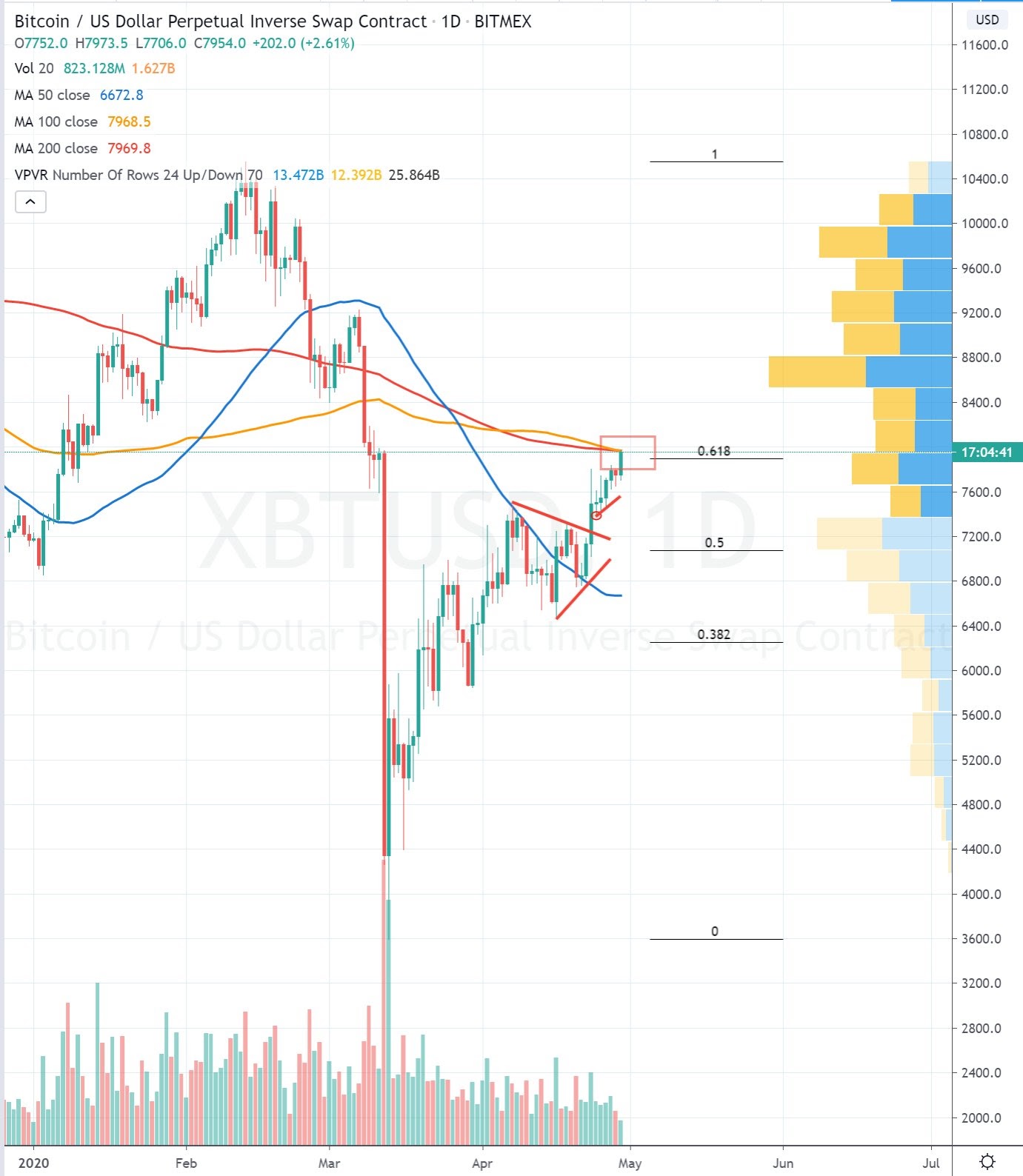 When Bitcoin surpasses important resistance areas without any pullback, it indicates that a stronger upside movement awaits. Consequently, when BTC first hit $8,000, it went up to as high as $9,500 swiftly.

In the first quarter of 2020, the key narrative around Bitcoin was the accumulation of Bitcoin by institutional investors.

“88% of inflows this quarter came from institutional investors, the overwhelming majority of which were hedge funds,” said the investment firm. 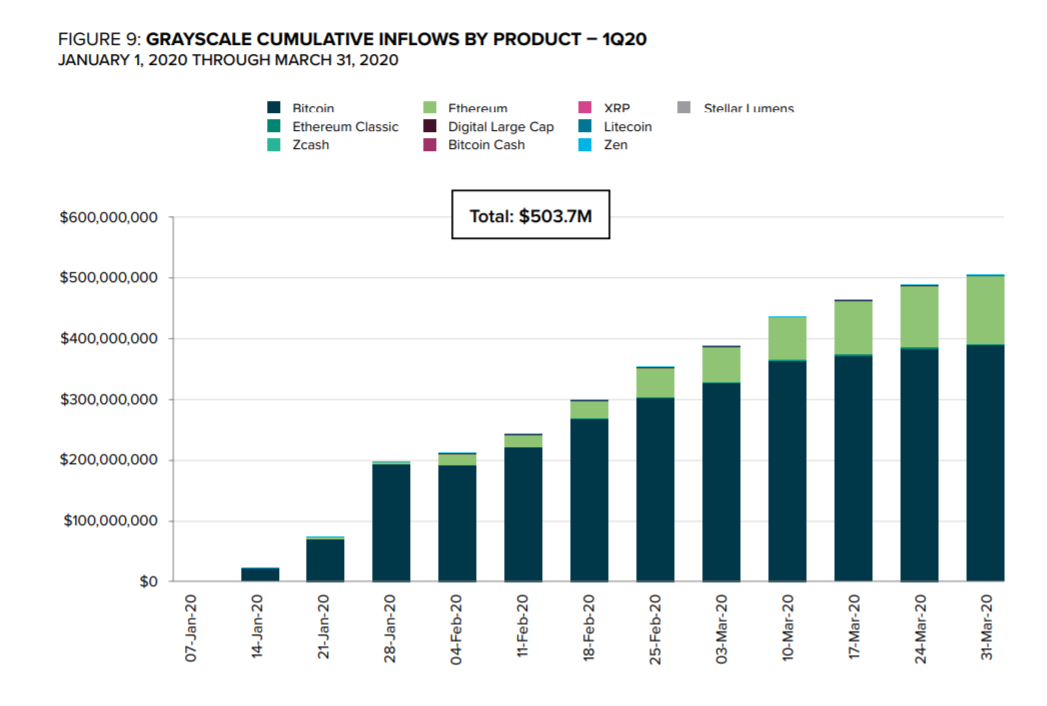 The gradual increase of inflow in capital into institutional products of Grayscale since January 2020 indicates that institutions consistently invested in Bitcoin throughout the first quarter.

A significant increase in organic retail demand resulting in surging spot volume, the breach of key resistance levels, and the accumulation of institutions created a perfect storm for Bitcoin ahead of halving, pushing it above $9,000.