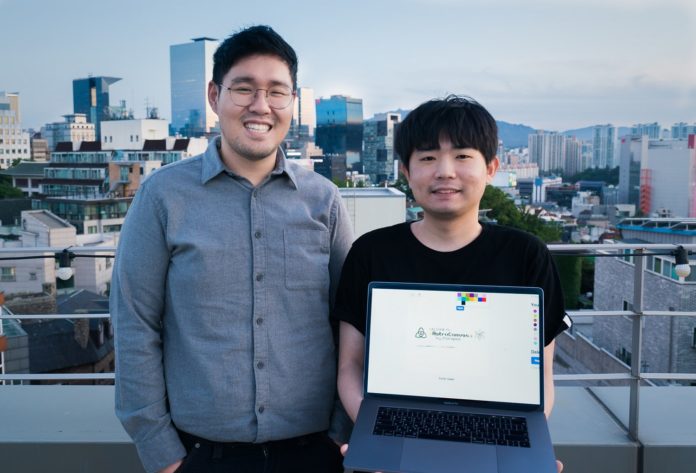 What if better behavior on blockchains could be encouraged with fun rather than value?

Josh Lee and Tony Yun of Chainapsis built a staking demo at the Cross-Chain Hackathon to increase network participation – essentially by distributing digital crayons. Lee and Yun created AstroCanvas, a game that gave stakers the ability to draw tiny amounts on one large digital canvas. Stakers could receive different colors to use on the canvas if they spread their stakes across staking pools of different sizes.

“When you have a very little amount of entities controlling such a big amount of stake, it fundamentally reduces the robustness of a network,” Lee told CoinDesk.

AstroCanvas is an early experiment in encouraging active participation in crypto networks. When the hackathon came around, Lee and Yun wanted to come up with a way to encourage staking in a way that didn’t rely on fiduciary interests. Engendering lots of participation thwarts a long-standing concern with staking: large nodes can become too powerful.

More and more ways have been invented for people to be involved in blockchain networks and earn some kind of return. There have been a plethora of companies entering the staking space, such as Staked and various Tezos bakers. But the biggest moment in legitimizing staking may have been when Coinbase allowed exchange users to earn staking rewards on XTZ with just one click.

When a giant exchange like Coinbase begins participating – it is now the world’s largest XTZ staker – it’s hard to see how a standalone operation could compete. Why not just stake in the same place where the user acquires the token? That low friction is tough to beat.

AstroCanvas is a demo and not a live project and if Chainapsis were ever to take it live, Lee and Yun would wait until the Cosmos ecosystem is further along than it is today.

“The software is still undergoing active development,” Lee said of Cosmos. “We would like to hold off until a production-ready version has been deployed to the Cosmos Hub that has gone through thorough testing and security audits.”

So how can a network like Cosmos appeal to good-faith users to spread their delegation around in a way that doesn’t incentivize scammers?

That’s where AstroCanvas comes in, by appealing to a desire for expression and competition.

The idea takes nothing away from stakers. In fact, if anything, it should drive more business their way.

AstroCanvas took its inspiration from the Reddit project, /r/place, in which every redditor got the right to change the color of one pixel on a giant digital canvas once every five to 20 minutes. This led to an impressive amount of coordination among Reddit communities to stake out turf on the canvas and paint some relevant symbol on what became a gigantic work of online art.

It was later imitated by Satoshi’s Place, a similar experiment, but this time one where each pixel costs one Satoshi, or 0.00000001 bitcoin, to change.

Read more: A Real-Time Battle Over Trashy Art Is Becoming a Big Deal for Bitcoin

So the idea behind AstroCanvas is this: Users could earn one pixel for some minimum amount of stake delegated. That pixel can be placed anywhere on the canvas, even one that’s already been taken. So let’s say you got one pixel for every ATOM token delegated on Cosmos; in that scenario, delegating 20 ATOM would earn a user 20 pixels.

But here’s the trick of AstroCanvas: each delegator only produces one color. If you need a few colors for whatever you want to draw, you’ll need to spread that stake out across a bunch of different validators.

So AstroCanvas had 16 different colors to play with. It would divide the delegation pools up into 16 tranches, based on their size, and give each tranche a color. If a user wanted several colors, she would have to delegate among pools at several different sizes to get them.

If AstroCanvas goes live, this reporter will be looking to paint 1980s Domino’s Pizza icon The Noid on the canvas. I would welcome your support.

It’s not all about the money

AstroCanvas would draw on people’s aesthetic or tribal impulses. In most cases, mid-size stakers should be roughly as good as larger stakers, so the risk of delegating to smaller validators should be minimal. Their underlying assets should not be at risk, though they could risk missing out on some rewards if a smaller staker made a mistake.

Under the hood, a wallet would get a token to spend for each stake. The token could be redeemed for changing the color of one pixel.

“Essentially, if you wanted to draw something of a different color, you would have to delegate to a specific validator,” Lee explained. “It forces you to spread out your staking across different kinds of validators.”

Chainapsis ran it in demo mode on a simulated blockchain that ran on the development firm’s own servers. If the game is ever deployed in production, it remains to be seen how popular the game would be to determine specific rules. For example, would pixel tokens replenish over time as the stake was left in place? How big would the canvas be? Could the canvas grow as the game grows?

Not your keys, not your colors

The big threat Lee sees to the health of staking protocols is exchanges and their outsize role. Exchange wallets usually hold more tokens than almost any other wallets, and yet those coins are actually held in custody for their actual owners. Yet that didn’t stop Huobi and Binance from using their STEEM tokens to support a contentious hard fork at the behest of a business ally.

“I’m very careful in seeing how much power has gone into the hands of exchanges,” Lee said. “Exchanges are just the custodians of someone else’s tokens. … The people who have been working hard are not getting financially compensated.”

In other words, many crypto holders already trust a lot of their tokens to exchanges. If they don’t plan to sell soon and a token offers a staking reward, it’s just easiest for the user to delegate to the exchange itself in order to earn returns on their holdings.

A product like AstroCanvas would give holders an incentive to move some of those holdings off of exchanges so they can get some different colors on their palettes. The esoteric beauty of AstroCanvas is that it doesn’t need to wipe out exchange staking (or even dramatically reduce it) to make a difference. As long as it helps to make it worthwhile for others to run validators, that’s enough to keep various chains robust.

And further, it gets more people involved in holding the token of a young network in order to produce a return. With lower token velocity (the speed at which a token gets sold after it is earned), that should foster more value for the underlying token, which increases the incentive for people to build on the network and increase its value further still. It’s a virtuous cycle.

“I’m a firm believer that staking is the next avenue for DeFi [decentralized finance],” Lee said. “It should be considered a part of DeFi.”