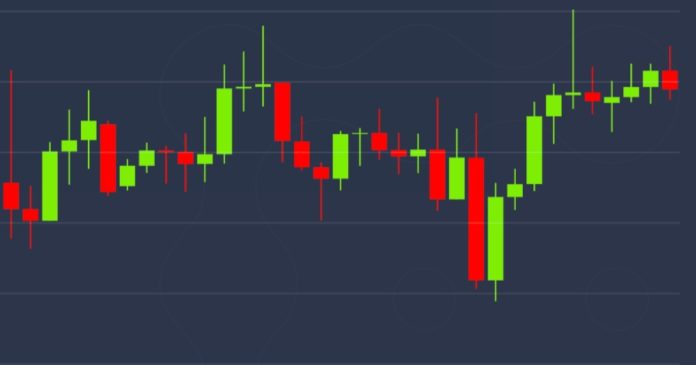 Cryptocurrency markets stabilized as traditional financial markets found some footing Tuesday. Most crypto prices have been in the green over the past 24 hours.

Lately, trading in Japanese markets seems to be one indicator of how bitcoin will perform in the following hours. Despite an obvious downward slump overall for Japan’s key equity index when the Nikkei traded in a tight range of limited up or down swings, so did bitcoin.

It’s clear many markets are performing similarly – at least for the time being.

“This is not the first time that bitcoin traded in tandem with other assets,” said Denis Vinokourov, head of research for London-based digital asset firm Bequant. “Other examples include the China trade war and geographic tensions in Iran, but every time the correlation was promptly unwound.”

One metric used to evaluate cryptocurrency, bitcoin’s market value to realized value (MVRV) Z-score fell below zero on Friday, suggesting BTC is undervalued. Some traders see recent price swings as natural capitulation from some market participants, with determination to buy from others.

Indeed, other traders have the view that institutions are selling while retail types are scooping up bitcoin at what they see as discount pricing.

The S&P 500 is up 4 percent in trading as of 18:00 UTC after the Trump administration announced measures to stave off an economic downfall because of the coronavirus pandemic after the Federal Reserve’s interest rate bazooka did not have the desired immediate effect on the stock market.

Gold is up by less than a percentage point on the day, and the yellow metal is another indicator of how the markets feel about rate cuts and other measures world governments are taking to deal with the coronavirus crisis.

“It’s very scary when the Fed cuts rates to zero over the weekend and you see the reaction that the market has had,” said Rupert Douglas, Head of Institutional Sales for digital asset manager Koine.“Normally, gold would be screaming higher.”

Despite the fears, traders will need to keep focusing on what they do best – remaining calm and using the tools at their disposal to deal with price swings.

“You can go long with very limited risk and a large reward if you trade with tight stops,” added Douglas.

Outside of bitcoin, cryptocurrency prices making notable moves today include Lisk (LSK) up 11 percent, IOTA (IOTA) up 6 percent and bitcoin SV (BSV) in the green 6 percent.