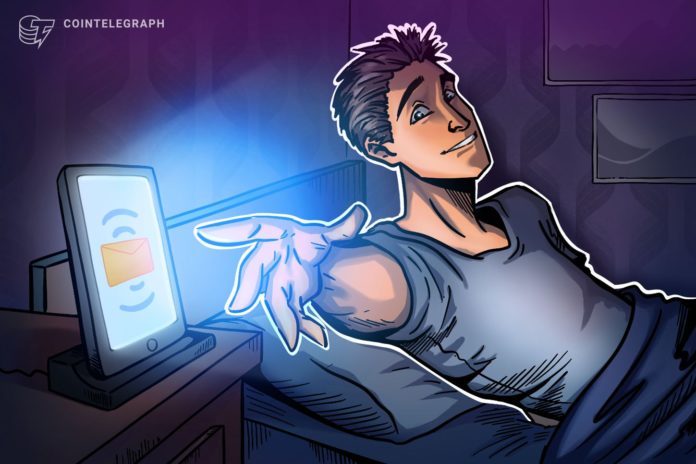 One of the time-honored traditions in the crypto community may be on the verge of becoming obsolete. Alchemy, a blockchain development platform, is going live with Alchemy Notify — a push notification for developers that could signify an end to repeatedly refreshing your favorite block explorer while waiting for a transaction confirmation.

The crypto user-experience is one of the most derided aspects of the industry, with critics claiming that the complicated nature of transactions, and the time it takes for many blockchain protocols to finalize them, means that cryptocurrency will never find mainstream adoption.

But along with events such as earned interest, in-game actions, burned tokens, bids on NFTs (non-fungible tokens) and dropped transactions, the confirmation notifications could make it far less time-challenging for users to interact with blockchain applications.

Kosala Hemachandra of MyEtherWallet explained that “Push notifications are an indispensable part of enabling the UX that users demand,” and continued that they are “critical to the whole dApp ecosystem thriving.”

While many companies are seeking ways to solve these issues, Alchemy’s CEO Nikil Viswanathan went back to the user to find the pain point.

“Creating simple and understandable products accessible to the average user is key to the success of the blockchain industry. At Alchemy, we’re obsessively focused on providing developers the capabilities they need to create these intuitive user experiences.”

Getting pushy with blockchain devs

Alchemy cites a study by research firm Airship, which analyzed data from 63 million app users to understand how they interacted with applications. Users who received a notification within the first 90 days of installing an app were almost 300% more likely to continue to use the app, while daily notifications resulted in 820% higher retention rates. In the productivity category, which includes task-related apps, the retention for daily notification recipients was 460% higher than for those who received nothing.

Viswanathan and his team believe that this research proves crypto users will stay more engaged with dApps and apps that offer the service.

“From hundreds of conversations with developers, we realized that this fundamental building block of great user experiences was a huge pain point,” said Alchemy CTO Joe Lau. “Alchemy Notify was created to enable blockchain products to be as simple and easy to use as traditional web / mobile applications. That’s the core of Alchemy: listening to our customers and giving them the powerful building blocks they need to build great products.”

The screenshots below are examples of what Alchemy Notify will look like with early customers who are currently working on integrating the product.