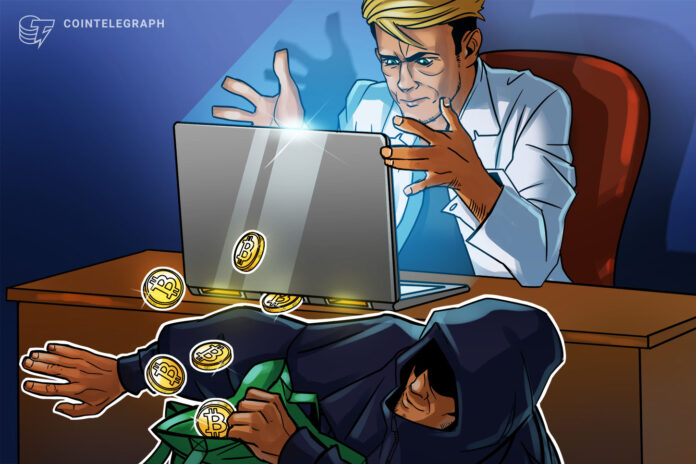 An alleged Bitcoin (BTC) scam is now reportedly targeting residents of Winnipeg, Canada. A local grocery store owner warned that many of his customers were victims of the scammers.

According to Global News, Husni Zeid placed a large sign on the Bitcoin machine he has in his store, asking people to exercise caution with regard to phone scams that ask for fake Bitcoin investments.

“A lot of people are getting phone calls saying that they have to transfer the money to Bitcoin regarding CRA; we’ve had Manitoba Hydro as well.”

He stressed that the scams have happened repeatedly multiple times a week, and states that they receive complaints from victims continuously.

Aura Morissette, an employee of the grocery store, spoke about a woman who was profoundly affected by the scam:

“Yesterday (a) mom was in here and she said she gave all her savings to them and she was just crying. It was heartbreaking that she fell for it; it was sad, and all she kept saying was ‘I have kids.’ (It) was awful.”

The employee also said that when someone is buying bitcoin at their machine while on the phone, they often warn people that a scam may be underway.

Tied to a Bitcoin scam in Alberta?

The reports from Winnipeg share similarities with another scam we reported on June 19. In that instance, the Royal Canadian Mounted Police, or RCMP, allege that fraudsters impersonated the local authorities in order to extort Bitcoin from their victims.