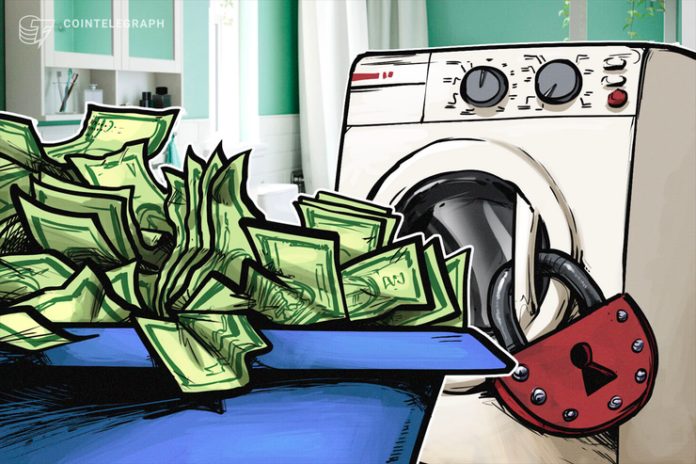 The United States Financial Crimes Enforcement Network (FinCEN) Director Kenneth Blanco spoke at the University of Georgetown where he made it clear that Anti-Money Laundering (AML) laws apply to everyone.

Blanco seemed to direct his comments toward anonymous crypto payment systems that could conceal criminal activity and or enable users to anonymously engage in criminal behavior.

The FinCEN head pointed in his speech to the key objective of AML policy, which is obtaining information about who is involved in a payment transaction, saying:

Blanco told the audience that it is not that hard to obtain that information. “All we’re asking for is name, address, account number, transaction, recipient, and amount,” he said, adding:

“So when you tell me you don’t know who’s on the other side, you’ve got a big problem. Because you are required to know, and that is what our expectation is going to be.”

Earlier this month, the chairmen of the three primary financial regulators in the U.S. released a joint statement warning crypto users of AML and Combating the Financing of Terrorism obligations, reminding crypto companies that they are subject to the Bank Secrecy Act (BSA). Blanco said in this regard:

“Your BSA obligations are still going to be there […] Whether you’re stablecoin, centralized, decentralized — [it] doesn’t matter. You’ll still have to be able to comply.”

Although Blanco did not address Facebook’s Libra stablecoin, he did make it clear that as far as FinCEN is concerned, there is no distinction between stablecoins and any other types of cryptocurrency.

FinCEN was directed by Congress to study blockchain tech

Cointelegraph previously reported that the U.S. House of Representatives has passed a bill that calls for FinCEN to study blockchain technology in its fight against financial crime. The bill requires director Kenneth Blanco to carry out a study on the use of emerging technologies, such as blockchain technology, within FinCEN.