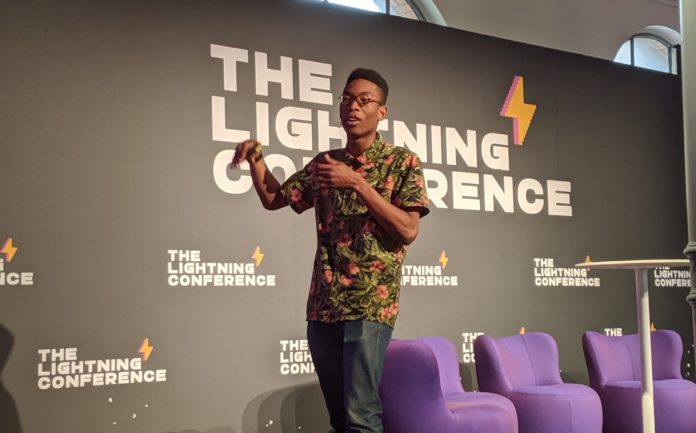 Fees aren’t just a topic of discussion for bitcoin users anymore. As the tech matures and an economy develops, fee discussions are making their way into the lightning network too.

This past weekend, bitcoiners and lightning fanatics gathered in an industrial Berlin sector for the first-ever Lightning Conference. With topics ranging from onboarding and interface design to the vogue economics of the nascent payment layer, Lighting Conference attendees said the event had the feel of bitcoin’s early days.

However, lightning isn’t quite new. When it first debuted following its release of the white paper in 2015, three major teams sprung up among a sea of hobbyists: Eclair, c-Lightning, and Lightning Labs. Over the two-day conference, questions over wallet design and lightning apps were joined by concerns over the network’s next steps given its relative explosion over the past year.

One such question was default fees, the minimum price to send a payment through a lightning network channel.

Currently, default fee settings scrape the bottom of the barrel at 1 satoshi plus 1 parts per million (or 0.000001 percent) of the payment. In a word, insignificant. One satoshi (a one-hundred millionth of a bitcoin) is worth around $0.00008252 at press time.

Node operators have the option to raise the basic fee, yet historically the baseline hasn’t deviated much. Blockstream’s c-Lightning Rusty Russell pointed out that some two-thirds of nodes don’t charge over the default. To spur the development of a fee market, Russell called for an uptick in the default fee from 1 sats plus 1 ppm to 5 sats and 500 ppm in an Oct. 10 email to lightning developers.

In essence, his proposal would flip the fee market upside down: nodes would bid down for processing payments as opposed to bidding up.

Some level of fee increase is generally seen as necessary in the lightning community. As lightning app (lapp) developers and others build on the layer 2 system, Russell told CoinDesk he has concerns for future developers working on the basis of the current setup.

“We measure chemicals in parts per million … somebody coming in new might go, ‘all right cool, we’re going to do one part per million,’” Russell said. They need a warning that it’s going to change, he added.

Russell’s proposal was seconded by Pierre-Marie Padiou, CEO and founder of ACINQ, the parent company of lightning company Eclair, in an email. Zap Solutions founder Jack Mallers also motioned support for the fee bump when asked by CoinDesk.

While the change would be small monetarily, other lightning developers believe a simple fee proposal could negatively affect the project’s decentralized image.

As part of the bitcoin universe, lightning has co-opted bitcoin’s enthusiasm for individual sovereignty and free markets. Understanding Russel’s proposal within the context of the network, then, becomes political: would the big three lightning developers be setting a precedent by changing the default fee? And if so, what are the implications?

Lightning Labs CTO Olaoluwa Osuntokun came out strongly against the proposal which he believes could easily be taken out of context, saying “this post promotes the notion that somehow in Lightning, developers decide on fees,” in an Oct. 11  response to Russell’s proposal.

“The operators set the fees. If the fees are too high, they don’t get paid … that’s the market,” he said.

Lightning Labs’ CEO Elizabeth Stark agreed, telling CoinDesk that the fee market should develop from the ground up, not top-down.

“I don’t think developers should be changing these defaults,” Stark said. “I think the fee market will emerge – it’s going to have to professionalize.”

At the end of the day, it’s still early for the bitcoin payment solution. Mallers told CoinDesk the overhead for participating in the network remains low and, default fee increase or not, the network is heading in the right direction.

“The cost of getting on the network and routing is downloading free software on a laptop,” he concluded.