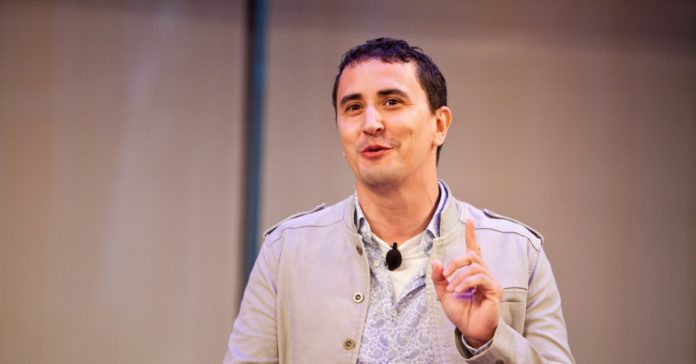 Now that its public testnet is live, Emin Gun Sirer’s AVA Labs wants to invest heavily in building a DeFi space more in its own image.

Speaking on Google Hangouts, AVA Labs COO Kevin Sekniqi told CoinDesk the company was focusing its energies on a new grants program, made available through its new venture arm, AVA X, that will provide financing of up to $250,000 to selected projects building with its technology.

AVA has earmarked a “pretty substantial” amount of cash for projects and initiatives that build-out the ecosystem, Sekniqi said. Half of AVA Labs’ allocation of mainnet tokens – with a value “in the many millions of dollars” – would also be available to selected projects as grants, he added.

The AVA platform is a highly scalable protocol with a claimed thousands of transactions per second throughput – designed to be the basis for a new type of financial infrastructure.

Founded by Cornell professor Emin Gun Sirer, who has previously worked on a scaling solution for bitcoin, AVA had been in private testnet for over a year. It originally had been slated for launch as early as December but this was pushed back until April. The project is now aiming for a full launch sometime in July, according to its roadmap.

Since the public testnet launch earlier this month, Sekniqi said the team had been in dialogue with at least five projects interested in applying for grants.

This sudden ramp-up in grants comes as AVA solidifies in the approach to launch. It’s even started to proselytize, offering its own vision of what the nascent decentralized finance (DeFi) space should start to look like going forward.

“There is nothing about [DeFi], to be totally honest with you, that is decentralized,” Sekniqi said, as evidenced by the reality of hacks like the attack on dForce at the weekend. DeFi, he added, is just as susceptible to fallible people and relationships built on trust as traditional finance.

However, debates about decentralization detract from DeFi’s real killer app: the compatibility and programmability of capital and new financial products, according to Sekniqi.

“Ethereum has effectively shown that there huge power in composability and if you do make financial products standardized then you can compose them in all kinds of new and interesting ways that we’ve never thought of before,” he said.

Left to its own devices, DeFi would only rediscover all the “basic instruments that have been known about for many years” in traditional finance. Changing the narrative from decentralization and toward “programmable capital” will attract “finance guys” with the knowledge and experience to realize its potential, he said.

“In mainstream finance you may have corporate bonds but they’re not composable with anything else, it’s very much siloed and very much fragmented,” Sekniqi said. “DeFi is really all about the composability of these financial products” – allowing different assets to interact with one another in a frictionless manner, sometimes for the very first time.

AVA Labs may appear like the sort of tech firm found all along the Pacific Coast of the U.S., but its base is in Brooklyn, not far from Wall Street. Speaking to CoinDesk earlier this year, Sekniqi said there were even tentative plans to move the office to lower Manhattan so they could be just a stone’s throw away from the global financial hub.

As well as the grants program, AVA is running hackathons for students, some specifically aimed at building new applications for finance. The company plans to invite some “very influential” financial experts, many from outside the blockchain space, to judge which products have the most utility.

One such event, announced Thursday, will offer $50,000 in cash prizes to students able to build infrastructure tools, identify and fix bugs, or develop “new applications for financial products and services.”

Through grants and hackathons, Sekniqi said that AVA hopes to conduct a “brain merge” that will bring those in traditional finance and blockchain together.

CoinDesk asked whether AVA was necessary to this process: do suited Wall Street bankers and hoodie-wearing DeFi developers really need someone to act as matchmaker?

“I don’t personally know of financial experts that are currently working on Defi … it’s just lots of innovative technologists,” Sekniqi replied, suggesting that the lack of a charismatic Steve Jobs-like figure meant DeFi may have initially struggled to combine its community of like-minded souls with established businesses.

Whatever the reason, the fact of the matter is that “nobody else is doing this right now,” he said, adding that, if AVA doesn’t intervene now, there’s a danger companies in both the DeFi and traditional finance spaces will continue to miss out on some crucial opportunities to collaborate.