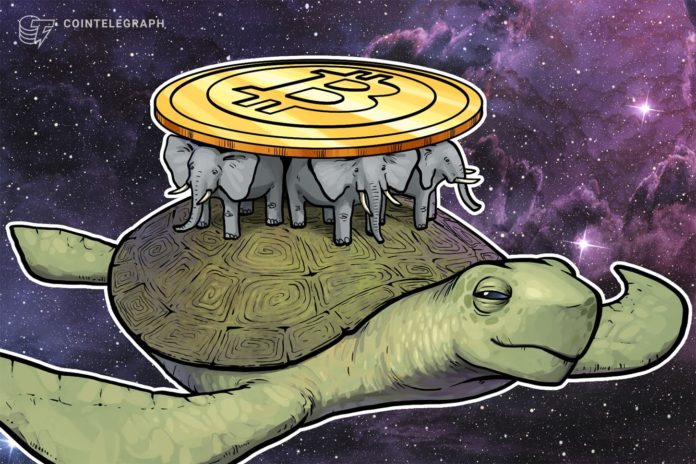 There were only 95 blocks generated on the Bitcoin (BTC) blockchain on May 18, according to data presented by pseudonymous Bitcoin analyst digitalik.net.

In an interview with Cointelegraph, digitalik.net attributed the low block time to the recent Bitcoin halving and the decreased BTC hash rate in particular:

“Many miners cannot generate a profit now because their expenses are still the same and income cut in half.”

According to the chart provided by the analyst, BTC daily block generation metric fluctuated around 100–120 blocks per day after the halving, but then dropped to just 95 blocks on May 18.

The block generation speed depends on the hash rate and Bitcoin difficulty, digitalik.net explained. The latter, which gets automatically adjusted every 2016 blocks, is designed so that mining one block will take approximately 10 minutes to get mined.

However, the expert is skeptical about block generation speed coming back to normal after the next recalculation, given that the BTC price stays below $10,000:

“I don’t think [the] next diff adjustment will bring it back to 10 min/block. Because adjustment is done based on [the] entire period average (since last adjustment). And this average is not real current picture because it includes also one week before halving.”

On the other side, if [the] price breaks up above 10K and keeps going up, then some of those miners might turn their equipment back on increasing hashrate”.

As recently reported by Cointelegraph, BTC transaction fees have seen anomalous volatility amid the halving, increasing over 800% in one month.

With the block reward cut in half, around 17% of miners’s revenue now comes from transaction fees.