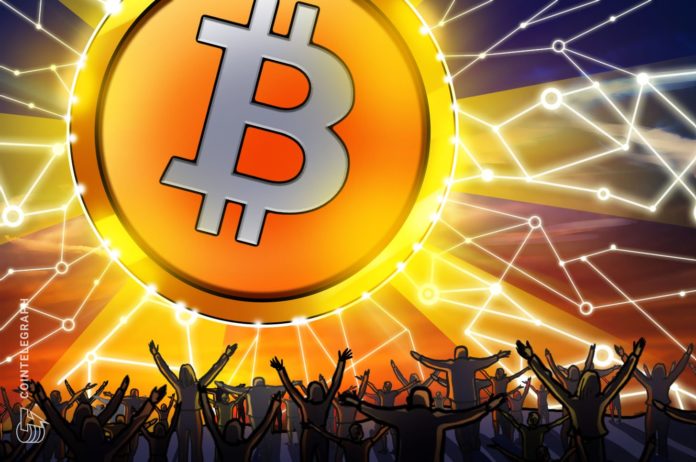 Pantera Capital Founder and CEO Dan Morehead has predicted there is more than a 50-50 chance Bitcoin goes up “and goes up big”, with a predicted peak of over $500,000 in August 2021.

The San Francisco-based blockchain and cryptocurrency hedge fund founder made the comments in a April 30 letter to investors examining the performance of Bitcoin (BTC) prior to the May 12 rewards halving in comparison to gold, oil, and venture capital.

Initially hesitating to make any kind of prediction, saying he was “of two minds” as to how the halving would affect the price of the cryptocurrency, the CEO acknowledged “if the new supply of bitcoin is cut in half, all else being equal, the price should rise”:

“Bitcoin has historically bottomed 459 days prior to the halving, climbed leading into it, and then exploded to the upside afterwards. The post-halving rallies have averaged 446 days – from the halving to the peak of that bull cycle. In this cycle, the market did in fact trough 514 days before the halving.”

However, Morehead then dropped a bombshell prediction:

Morehead also noted BTC’s performance in comparison to legacy assets since he wrote a letter to investors on March 25, tweeting that the cryptocurrency had outperformed gold.

Bitcoin was born in a financial crisis. It will come of age in this one. pic.twitter.com/Lw2Sn9RtR1

The asset may be losing some of its luster according to the Pantera CEO — “it’s certainly past its Sell By date” — but “gold’s been around for 5,000 years, so it’s not going away overnight.”

The CEO also targeted oil markets with a rather on-point jab at the asset: “At least you don’t have to pay people to take your Bitcoin.” The statement was in response to oil going negative for the first time in history, when the industry had to pay others to take barrels off their hands.

“…oil has been a terrible asset class. Oil’s 35-year compound annual growth rate (CAGR) is zero point zero…. It’s never even hit 6% in the very best of times. Bitcoin has a 9-year CAGR of 215% with essentially zero long-term correlation to the rest of the world.”