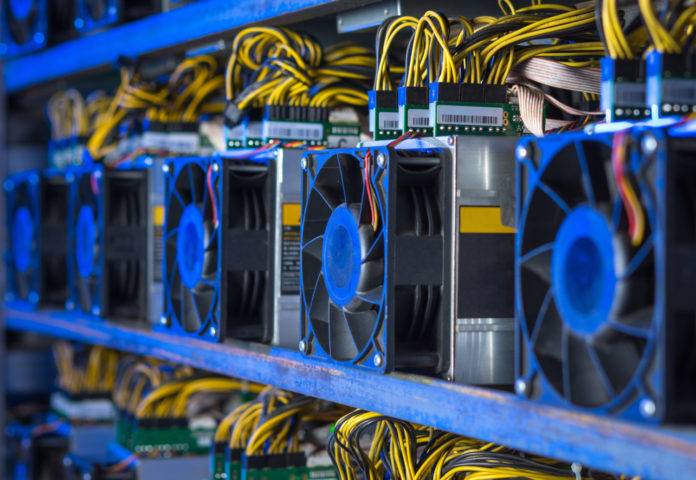 Shares of Canaan Creative, one of the few publicly traded crypto miner manufacturers, plummeted below $2, their lowest after going public in November.

The Nasdaq-listed stock has been steadily falling since the bitcoin halving on May 11, according to data from Yahoo Finance. It closed at $1.98 at the end of the trading session Monday, down 3.9%.

The China-based crypto miner maker is trying to make a comeback after the halving damped demand for its machines and logistics disruptions caused by coronavirus hurt first-quarter sales.

Demand for crypto mining machines from some Chinese miners may have begun to soften a few months before the halving in May, Aries Wang, co-founder of crypto exchange Bibox, said.

As early as last July, “Some of the earliest Chinese miners started to raise funding from institutional investors and buy new models and phase out old machines so that they would be prepared for the halving,” said Wang, whose company has invested in crypto mining businesses. “Many had already completed the update on infrastructure such as mining sites and miners before the end of February.”

Canaan tried to spur sales earlier this year by cutting prices in half, compared with 2019 average prices. However, it still suffered a $5.6 million net loss for the period, according to the latest quarterly report.

First-quarter sales were also affected by the coronavirus outbreak in China, according to the report. Logistics in mainland China had stopped around the Chinese new year on Feb 10. The firm couldn’t deliver machines to customers even as demand surged due to a price rally in bitcoin, Nangeng Zhang, CEO and chairman of Canaan, said on its first-quarter earnings call.

The firm enjoyed a rebound in April after China declared it had contained the spread of coronavirus and the logistics issues subsided. The stock reached $5.99 per share on May 13, two days after the halving, and has tumbled since then.

The halving, a preprogrammed event that cuts mining revenue by half every four years, previously had been considered bullish for miner makers.

The Chinese crypto miner manufacturer’s Nov. 20 initial public offering (IPO) priced the stock at $9 per share, but a month afterward the shares were down by half. It was briefly back above $8 on Feb. 12 after a surge of more than 80% from $4.40 from the previous day. The price started to fall again as China rolled out coronavirus quarantine measures.

Canaan’s cash and cash equivalents on hand decreased by 48% in the first quarter, from $71 million as of the end of last year. The firm said the drop was partly due to $24.5 million in short-term investments including its partnership with Semiconductor Manufacturing International Corporation (SMIC), one of the largest computer chip makers from mainland China.