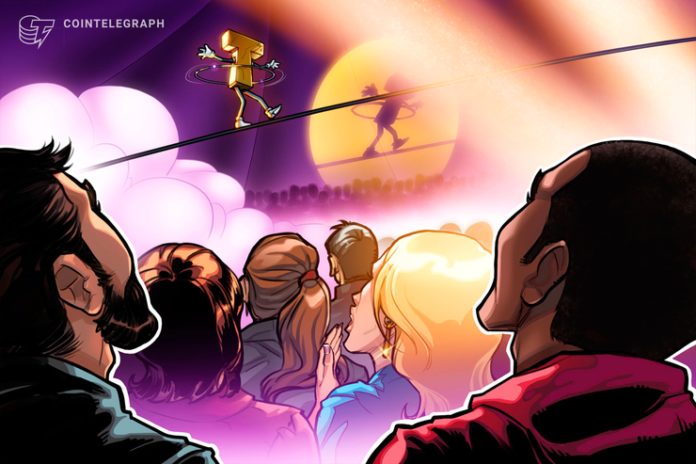 According to an executive, cryptocurrency exchange Bitfinex is planning to launch options and a gold-backed stablecoin, among a host of new products.

In a Nov. 12 appearance on the Scoop, Paolo Ardoino, CTO of Bitfinex and Tether, told the Block that Bitfinex is considering launching options trading, while also taking a closer look at prospects for a gold-backed stablecoin, dubbed Tether Gold.

Although Ardoino didn’t reveal any additional details about Tether Gold, he did reveal that the company is currently eyeing a Q1 2020 launch of options tradign, and that they are working with external market makers to ensure liquidity.

Ardoino further mentioned that Bitfinex will enable its clients to buy a variety of items with cryptocurrency using a gift card. Reportedly, Bitfinex has plans to collaborate with a well-known partner who will provide the gift cards. He said:

“It’s important that people can see the farther value of having cryptocurrencies rather than just trading back and forth between Bitcoin and USD or whatever.”

Cointelegraph contacted Joe Morgan regarding these latest developments but had yet to receive a response as of press time. This article will be updated if new comments come in.

At the beginning of November, Ardoino announced that Bitfinex had moved 1 .561 million Tether (USDT) from the Omni Protocol to the Liquid Bitcoin (BTC) sidechain. The conversion reportedly increases the quantity of USDT available on the network after the stablecoin was first launched on the Liquid sidechain at the end of July.

Also in November, Bitfinex abruptly canceled its token sale for K.im, Kim Dotcom’s Bitcoin content sharing service. Executives said that they had agreed not to go ahead with the sale, an initial exchange offering with a planned fundraising goal of $8 million, due to the changing face of regulatory scrutiny over such tokens, posing potential difficulties for both issuers and investors.