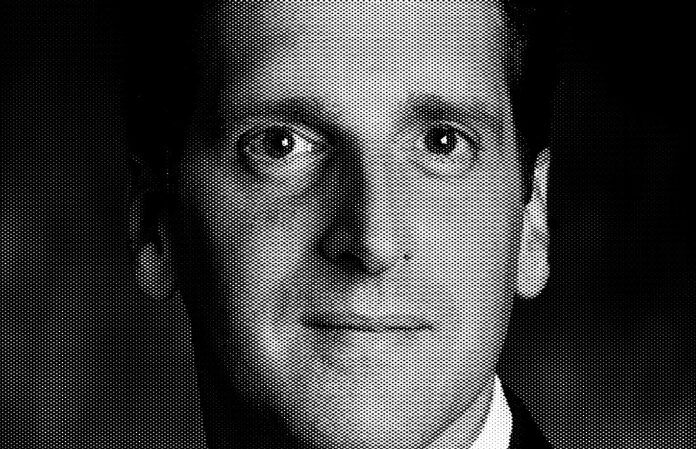 As Benjamin Lawsky, then the head of the New York State Department of Financial Services (NYDFS) was readying his cryptocurrency business licensing regime in October 2014, he told a group of law students that it was highly likely other states would look to his proposal as a model for designing their own regulations.

Lawsky’s reasoning was simple: New York had placed itself at the “forefront” of a new era in crypto oversight. With this BitLicense, which came online the following June, his department would set an example the entire country could follow.

He was right. States did look at the BitLicense – but seldom as the paragon it set out to be.

Instead of setting a model, Lawsky’s NYDFS had created what legislatures in other states now consider a case-study in how not to regulate an industry whose complex technical details can quickly confound overbroad and ill-defined rules, as critics – and there are many – allege of New York’s BitLicense.

Proponents may hail the BitLicense as a much-needed sheriff for lawless cryptoland and detractors may blast it as the Empire State’s innovation Death Star. But not a single other state has enacted regulations that mimic the BitLicense in the half-decade since New York’s controversial crypto rules took effect.

“Nobody copied the BitLicense,” said Caitlin Long, a blockchain consultant who helped shape Wyoming’s crypto regulations. “So that says a lot.”

The BitLicense “was a good lesson learned on maybe something that doesn’t work,” said the California Assembly Majority Leader Ian Calderon (D-57). Calderon pointed out that “only a handful” of businesses have secured a BitLicense in its five-year history. “For us in California and for myself, that wasn’t a direction that we needed to go in.”

Lawsky left NYDFS in 2015 and later joined crypto hedge fund manager NYDIG, which received a BitLicense and a limited purpose trust charter 11 months after his arrival. NYDIG holds two of the 25 virtual currency approvals ever handed out.

Lawsky did not return a CoinDesk request for comment.

Most everyone agrees with the BitLicense’s basic philosophy: it’s better to raise some bumpers around this still-young industry than it is to leave crypto operators completely to themselves. In that regard New York has indeed impacted the trajectory of states’ legislation.

Rep. Mark Wright (R-77) of the Louisiana House of Representatives told CoinDesk that New York demonstrated “that it was safe to get in the water” of regulating crypto businesses, which he believes to be a helpful step toward legitimizing the industry. If a state like New York could make the jump, then Louisiana, he said, could do it too.

But his successful bill – it comes into effect Aug. 1 – has more in common with the model Virtual Currency Business Act (VCBA) published by the Uniform Law Commission (ULC) than it does with the BitLicense. (Wright noted that he was unaware of the BitLicense’s surly reputation except for its tendency to impose very high fees).

The VCBA is another example of standard-setting initiatives in the crypto space, according to Peter Van Valkenburgh, director of research at the crypto advocacy non-profit Coin Center. “It’s an alternative, if you will, to the BitLicense approach,” he said.

Read more: A Bitcoin Law for Every State? Interest and Animosity Greet Model US Regulation

Published in October 2017, VCBA provides crypto-conscious lawmakers with a series of licensing definitions, consumer protections, investigatory protocols and fee structures. It’s a toolbox for building crypto licensure regimes – and possibly a unifying force, if all 50 legislatures adopted it.

That was enough to get Van Valkenburgh and Coin Center’s attention. “We were worried [VCBA] would look like the BitLicense,” he said. A key aspect of their fear was how VCBA would define “virtual currency business activity,” one of Coin Center’s arguments against the BitLicense.

Van Valkenburgh argued this definition sweeps up activities that he said have no business being regulated by the BitLicense, like lightning network node runners, bitcoin miners and “federated peg atomic swap members.” If the ULC’s model law followed BitLicense’s sloppy definition, then he feared other states might also adopt this judicious rendering of “virtual currency business activity.”

Van Valkenburgh said that he and Coin Center worked with the ULC drafting committee to ensure that VCBA deployed a far more limited definition that he says “really only relates to people who can actually, on their own, lose customer funds.” That’s important in avoiding the “Quadriga situation,” he said.

Read more: The Collapse of QuadrigaCX: What We Know (And What We Don’t)

Even so, it’s not as if a clear definition of business activity was the one thing keeping the BitLicense from national proliferation. Lawsky himself stressed in 2014 that NYDFS would mostly focus on regulating businesses with custody over customer funds.

Only a handful of states have considered versions of the VCBA, and just two – Rhode Island and Louisiana – have enacted even part of its language. In numbers alone, VCBA hardly sets more of a standard than the BitLicense.

That neither the VCBA nor the BitLicense have substantially influenced state-level crypto regulation speaks to the relative unpopularity of the supposedly precedent-setting regulations, said Long, the Wyoming blockchain consultant.

She explained that representatives often look to larger states for precedence, in part because most, as part-time lawmakers, lack the robust legislative research staffs which their full-time counterparts from states like California and New York can more readily afford. Only nine states have full-time legislatures according to the National Conference of State Legislatures.

“What happens is that states will tend to copy each other’s legislation precisely because they don’t have their own staff. And so when one state takes the lead on something, the other states will frequently follow by copying it. And we’ve seen that many times with Wyoming laws, but nobody copied the BitLicense.”

Some tried. California lawmakers have considered multiple crypto bills. One even submitted a “carbon copy” of an early BitLicense draft, said Van Valkenburgh, the Coin Center policy expert. But that 2015 effort quickly failed, as have almost all subsequent California crypto initiatives.

California also attempted to pass the VCBA recently. Calderon, the majority leader, sponsored that sputtering bill, which he scaled back and redeployed in February as a push to exempt certain digital assets from the state’s securities law. The Assembly passed that bill and it’s now before the Senate.

“If you go too big sometimes on something that not too many people are comfortable with, you get nothing. And I want to get something rather than nothing,” he said. Calderon contrasted his securities exemption bill with “the disaster of New York’s BitLicense.”

Lobbying for a new plan

Using the BitLicense – enacted by state regulators, not state legislators – as a rhetorical cudgel is one tactic that crypto businesses and lobbyists in other states deploy when trying to influence the legislative processes. William Haynie, owner of Pelicoin bitcoin ATMs, did so while lobbying Louisiana representatives on their new crypto law.

“New York’s BitLicense was usually brought up to illustrate how overzealous a state can be,” said Haynie. “It seemed like there was agreement from both sides of the aisle in that no one wanted something that was going to be oppressive to operators in the state of Louisiana.”

But there really is no one way to regulate a crypto business in the United States. Regulators and lawmakers have deployed any number of approaches, from the BitLicense, to the VCBA, to including or adapting or even exempting bitcoin from their money transmitter laws (as did New Hampshire), to doing nothing at all.

Notably, the Conference of State Bank Supervisors is working on a model law for money services businesses that seeks to provide clarity around when and how to regulate virtual currency businesses.

For now, it appears that states have preferred to wait on massive crypto regulations rather than risk ostracizing businesses, as happened in New York. And the few states that have begun considering a different crypto model are looking west, to Wyoming, where a veritable lawlapalooza of crypto-friendly bills has enticed myriad blockchain businesses.

“I reference Wyoming all the time,” said Wright, the Louisiana state representative. “I follow – I think it’s Caitlin Long – on Twitter.”