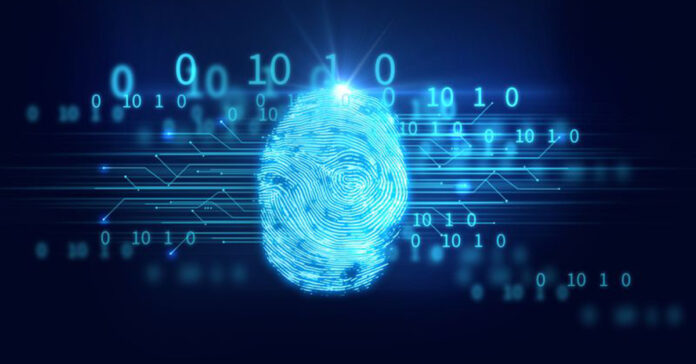 Just a few years ago, blockchain was a hot technology, especially in finance, and businesses were investing significant amounts of money in solutions based on distributed ledgers. Today, blockchain is often talked about in the context of fatigue and disappointment, because not all high-profile projects have taken off. Nevertheless, by 2030, thanks to this particular technology, the world economy will add $ 1.7 trillion in weight, PwC calculated (a figure that exceeds the current GDP of some countries). The prospects for integrating blockchain into business processes, including on the Russian market, were discussed by the participants of the blockchain conference within the framework of the Security Technologies forum. Let’s talk about the most interesting points of the discussion.

Until recently, businesses knew little about blockchain. In 2016, about 38% of the top executives in Deloitte’s survey had minimal knowledge of the technology. In terms of the use of technology, the period was characterized by the romanticism of the pioneers, says Artem Genkin, Ph.D. Sci., Professor, General Director of the “Consulting and Analytical Union”.

” The technical specialists, and most importantly, the decision makers inspired by them (decision-makers. – Ed.), Including heads of corporations and presidents of companies, literally” ran their eyes “from the abundance of opportunities that technology provided,” the expert clarifies.

It seemed to many then that the blockchain can cope with many problems, and not just those for which, as it turned out, it is the optimal solution. It is not surprising that such a “romantic” attitude resulted in a large number of pilots, many of whom, like any startups, alas, were waiting for the technological “Death Valley” and public disappointment. Only today can we finally talk about blockchain use cases that have really proven their viability, notes Artem Genkin.

Bitcoin’s Progress Is, According To Observers, Impeded By Its Consensus Architecture, Does This Need To Change?

“Yes, there are obvious scalability limitations in Bitcoin, routed directly to the Proof-of-Work consensus algorithm. With increasing concerns on environment preservation and conservation, alternate consensus algorithms must be designed.” says Bohdan Prylepa CTO of Prof-it Blockchain Ltd and COO in Bitcoin Ultimatum

I’m particularly interested in the one that places the end use at the center. There are several models present but the one that combines Leased Proof-of-Stake (LPoS) and Proof-of-Authority (PoA) dubbed UPoS appear robust without compromising security or impacting decentralization – he added

As time has shown, among the industries for which technology can have the greatest potential, there are logistics, trade, healthcare, that is, not only finance. The use of blockchain for the needs of trade and logistics is promising and justified, the number of projects is growing here, including at the expense of large players. Back in December 2020, the structure of Norilsk Nickel, the Global Palladium Fund, issued metal-backed tokens, and transferred part of the contracts with partners to digital format.

The launch of a blockchain sugar trading platform DigitalSugar.io has been announced by the world’s largest autonomous sugar mill in the UAE, Al Khaleej Sugar.

“Tokenization makes it possible to streamline ordinary transactions and contracts with industrial partners, streamline sales management as much as possible, increase the transparency of transactions, and reduce the corruption component,” notes Artem Genkin.

With the help of blockchain, it is possible to track the environmental situation, for example, the dynamics of emissions in the mining industry and metallurgy.

The Carbon Tracing Platform has been tested and proposed for implementation by the World Economic Forum. In terms of its meaning, the project is close to logistics – emissions are monitored along the entire chain of production of metal products, from the extraction of raw materials to the production of a product. Blockchain will also come in handy for monitoring critical infrastructure – the project is being implemented by the IOTA Foundation in cooperation with the Japanese government.

Blockchain has found application in very conservative sectors of the economy. For example, in aviation, Boeing is participating in the development of the SkyGrid project for air traffic control based on AI and blockchain. It is about creating a smart “sky picture” for drones, air taxis and any UAV, with functions for predicting traffic and flight conditions. And Mitsubishi Electric is participating in the development of a blockchain platform to facilitate P2P energy trading.

Passed durability tests and designs that trace the origin of goods. For example, the coffee brand Jamaican Blue Mountain Coffee began using blockchain to track movements and ensure product authenticity. And the international blockchain network of RSBN suppliers brings together responsible sellers and buyers of products from many industries, as well as suppliers of raw materials.

And of course, the technology is being used to solve the hottest problems of society – IBM is developing a Digital Health Pass based on its own blockchain, which will allow people to submit proof of vaccination or negative covid test to access jobs, hotels, flights and concerts.

There are a number of possibilities for using blockchain as a base for a convenient transactional tool. They are also relevant for the Russian market: the launch of a pilot project for conducting mortgage transactions based on the Masterchain blockchain platform was announced here in March. The Central Bank is working on the project together with Rosreestr, the RF Ministry of Digital Science, Dom.RF and the FinTech Association.

“ Today, convenient securitization mechanisms cannot fail to provide for the blockchain of the instrument and the standardization of the rules for its circulation,” noted Artem Genkin.

At the same time, there is a slight decline in interest in the technology in the financial market, although its potential is very high here, notes Viktor Dostov, Chairman of the Council of the Association of Electronic Money and Money Transfer Market Participants.

“We are constantly seeing new niches for which blockchain implementation is promising,” he said.

In particular, we can talk about the implementation of solutions on the blockchain for interbank settlements, and it can be more promising at the intercountry level. However, developers should hurry up with solutions for the market.

“ We need to show workable concepts, show the market what can be done on the blockchain. We cannot wait 5-10 years, classical solutions are developing very quickly, ” notes Viktor Dostov.

Purely technologically, the processes are also hampered by the fact that when creating corporate blockchain systems it is impossible to get rid of the ideology of cryptocurrencies. Closed systems work on different principles, the expert recalls, and it is worth considering changing the approach in order to effectively serve the corporate financial sector.

From patchwork to standards

Despite the youth of the distributed ledger technology, the problem of blockchain standardization, as well as the interoperability of different platforms, is being actively discussed. It is also relevant for Russia, where there are several platforms ready for implementation, and the market already resembles a patchwork quilt. A blockchain platform of the Federal Tax Service for issuing loans was launched on the basis of Waves Enterprise, Vnesheconombank, the Ministry of Economic Development, and more than 70 credit institutions are connected to it. The solution of the same developer was used in 2020 in the elections in the Kursk and Yaroslavl regions.

The R-Chain platform is in Raiffeisenbank, it was used to automate settlements with suppliers and buyers for the Askona Life Group. For financial institutions, there is a Masterchain platform certified by the FSB, which runs a system for issuing digital bank guarantees. Innopolis University is developing the InnoChain distributed ledger system. At the global level, there are much more platforms, and actively used ones.

In the future, the market may well wait for consolidation, including due to the more dense work of developers with government agencies and “centers of power” or aggressive scaling of solutions. But the owners of technological solutions can increase their market share through M&A transactions, notes Artem Genkin.

“GR will not help if the company lacks successful implementations. But they are time-consuming and resource-intensive. There is probably a third way: you can combine these approaches with the acquisition of an established customer base. “

Despite the high technological level of blockchain development, Russian business is in no hurry to implement them.

“The technology is at a high level, implementation is lagging behind. While active testing and piloting is underway, ” says Igor Kuzmichev, Commercial Director of Waves

In addition, business clients do not always know-how and are ready to apply solutions on the blockchain.

“The problem is not that customers do not understand why blockchain is needed, but that they do not want to apply these solutions,” says Denis Dodon, director of the Alfa-Bank innovation development center.

The hype around the ICO has put the “bandwagon” on solutions, Kuzmichev clarifies, thanks to which there is still a stable association of blockchain with cryptocurrency on the market. Previously, developers did not pay enough attention to security, says the director of RACIB Alexander Brazhnikov, and this applies not only to solutions on the blockchain. Today the situation is changing, it is more profitable to make a safe product, but the fight against unscrupulous players is still relevant.

The situation can be corrected by more active informing the market and the mass user about the advantages of the technology. Information, and even more information and practical resources about the blockchain should be included in the list of socially significant Internet sites, access to which will remain free from 2020, notes Artem Genkin (the experiment was launched at the initiative of the Ministry of Digital Science of the Russian Federation, to which telecom operators joined).

“ We need to educate people without teasing the possibilities of making money on cryptocurrencies, without creating the false impression that cryptocurrency is a blockchain,” the expert believes.

He is confident that a lot can be done for the industry by promoting practical examples and blockchain capabilities. 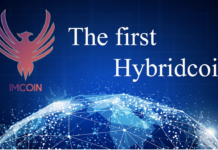