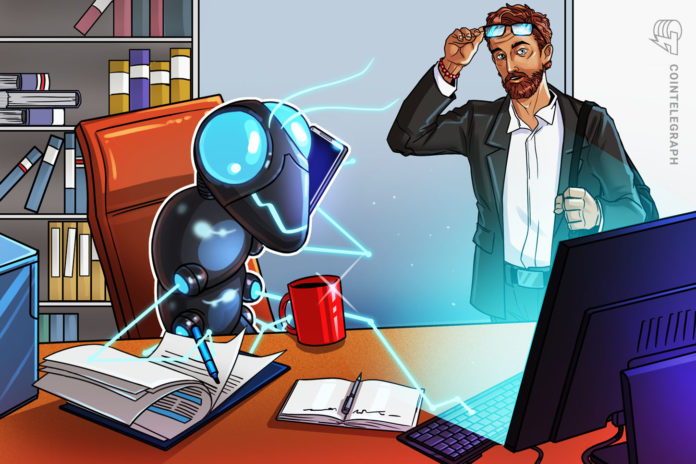 In the post-pandemic world, individuals will need to seize ownership and control of their educational credentials — documents like degrees and transcripts — from schools, universities and governments. That notion received key support last week from the American Council on Education in a study funded by the United States Department of Education focusing on the use of blockchain in higher education.

“Blockchain, in particular, holds promise to create more efficient, durable connections between education and work,” wrote Ted Mitchell, the president of ACE, in the foreword to the study published on June 8, adding: “In the wake of the COVID-19 crisis, learners will be more mobile, moving in and out of formal education as their job, health, and family situations change.”

A key theme of the report is personal data agency — i.e., how “distributed ledger technologies [DLT] can ‘democratize’ data and empower individuals with agency over their personal information.” The report noted:

“Currently, when individuals need to prove their education and work history, they rely on institutions and past employers to verify education and workforce records. However, the institutions or employers may not be available, the records could have been lost or destroyed, or in the case of higher education, individuals may be required to pay fees. The inability to access or control their records can inhibit opportunities and keep them in the dark about what information is actually in their records.”

Education credentials have been typically stored on centralized systems. The problem with this, explained the report, is that data can be changed, deleted and shared without consent or knowledge of the individuals who created that data. By comparison, blockchain technologies “are inherently more transparent, persistent, immutable, and secured by encryption,” noted the report.

Will digital academic credentials be commonplace in 2–3 years?

Kim Hamilton Duffy, an architect for the Digital Credentials Consortium, told Cointelegraph that the COVID-19 pandemic has accelerated the demand for digital credentials, adding: “Because of that and existing educational blockchain-related pilots, I expect these credentials will be commonplace over the next 2–3 years.”

One interesting detail: The decentralized identifiers/verifiable credentials architecture used in some of the most recent projects was designed with no privileged roles, Christopher Allen, the principal architect of Blockchain Commons — an open infrastructure corporation — told Cointelegraph, which means that anyone can be an issuer, adding:

“This makes it possible for there to be P2P [peer-to-peer] competency credentials, from fellow students, teachers, co-workers, clients, contractors, employers — not just educational institutions.”

For example, Allen could personally make a verifiable claim that “Kim has a mastery level of competence in leading international level technical standards processes,” which is something that no educational institution would be willing to claim, but given Allen’s history and reputation as a co-author of the successful SSL/TLS specification, that attestation would arguably convey important information to Kim’s future employers, clients and collaborators. “These types of claims, I believe, will be an important part of the future of educational credentials,” Allen, who’s also a former co-chair of W3C Credentials CG, told Cointelegraph.

Is the system broken?

Meanwhile, the current system is untenable in the view of many. Fraudulent diplomas abound, Hans Pongratz, the chief information officer at the Technical University of Munich, told Cointelegraph: “There are diploma mills and online shops around […] — you can even select the right paper thickness and seals.” Roman Beck, a professor at IT University of Copenhagen, told Cointelegraph that the diploma system is “failure-prone and subject to all kinds of fraud,” clarifying further:

“Securely mapping certificates with humans claiming to be the holder is not always easy as well, as birth certificates or identity cards are missing. Documents are not only photoshopped but also hard to verify as there are many institutions issuing certificates, diplomas and other work-related documentation. And finally, paper-based documents can get lost, which makes it impossible for the holder to prove that she or he actually has a certain education or qualification.”

But there are still obstacles to overcome, some technical. “What if you lose the private key that allows you to prove control [over the credentials]?” asked Duffy. In the worst case, it can be re-requested, “but then you are still bound to the issuer.”

Cross-border interoperability and cross-chain cooperation in conveying digital credentials between different national DLT systems is also an issue, added Beck, and the OECD Blockchain Policy Expert Group is working on policy recommendations in this area.

Still, technology is not the main bottleneck, he emphasized: “It is the socio-technical integration of rules-based, autonomously operating DLT systems in complex social environments.” Alex Grech, a managing partner of Strategyworks, agreed that the more daunting challenges may be non-technological in nature, telling Cointelegraph:

“Even within the European Blockchain Services Infrastructure project, the Commission may develop or fund the most sophisticated blockchain infrastructure available to EC member states and provide for free. But it will not maximize its potential until a raft of policymakers and education institutions decide to ‘buy into’ the solution since they are likely to be locked into existing technologies and procedures.”

There is already some history to learn from. “Small states like Malta and the Bahamas have been using Blockcerts to notarise education credentials since 2017,” said Grech. According to the ACE report, there are three major themes where DLT can be applied to advance social equity: “personal data agency, lifelong learning, and the power of connected ecosystems.”

As an example of the need for “connected ecosystems,” Duffy referenced the aforementioned Blockcerts, an open standard for creating, issuing, viewing and verifying blockchain-based certificates, which she co-created several years back with J. Philipp Schmidt of the MIT Media Lab. However, the issue stands that the hiring managers and others will have to learn to trust the system, according to Duffy:

“With Blockcerts, we considered it a success that the learner can control their credential. But even though the recipient has a copy of the credential, will a relying party trust it? Do they understand the verification process? The E2E trust in the process was underemphasized.”

Can blockchain change the labor market?

The traditional education sector may just be the beginning. One can imagine all kinds of credentials — beyond academic degrees that could have a lasting impact on the labor market. “We need to go much further than ‘flat’ credentials like diplomas,” Duffy told Cointelegraph, adding: “What if you attended college but didn’t finish your degree? Today, you don’t have anything to show for it.”

Traditional education is just a small part of what a person learns and can do, she continued. “You are constantly learning but have little evidence to back that up.” There are efforts afoot today to “represent competencies” even before a conventional course of study is completed.

For example, Talent Cloud, led by Valerie Thomas, is an initiative developing new models for recruiting and mobilizing talent in Canada’s Public Service sector. It works with employers to shift flat job descriptions, like a banal “rock-star full stack developer” to something much more useful like “competency-based descriptions that can be more precisely matched up with skills/competencies,” said Duffy.

This sort of work is a prerequisite to a more significant shift in the global labor market. As Duffy believes: “This is the really exciting part — it can help employers discover talent in their existing workforce and empower learners from non-traditional backgrounds.” on the matter, Beck told Cointelegraph:

“Many believe that blockchain-based systems could liberate citizens, giving control back to the owner of the personal data. The EBS is not only aiming for securely conveying diplomas and other credentials of students across borders but also to support them later in starting a business, managing taxes or health records.”

Current events are spurring change. “The problem is especially evident with the increasing number of migrants that either have lost their credentials or for whom it is impossible to tell if their documents are valid,” added Beck. Therefore, moving, working and studying abroad have guided the development of a single digital market like the European one, where credentials can be universally recognized and accepted across the region.

The aim of the recent EBSI initiative, which has 30 signatory countries, is to allow studying and working in different countries while giving back to citizens control over their credentials, said Beck. This will make migration easier and increase workforce mobility. Grech told Cointelegraph:

“I think the entire nature of labor will change irreversibly because of COVID-19 and the ensuing collapse of the global economy. There has been more change in the past three months within education institutions and the labor market than in the past five years — and not all of it is negative.”

Blockchain has been described as a hammer in search of a nail. If so, academic credentialing appears to be as obvious a nail as one can find. The current international trade in fake academic degrees, after all, is “staggering,” as the BBC reported, and with a global labor market increasingly mobile, the world could badly use a decentralized, borderless, tamper-free ledger of verifiable credentials — both for education and the broader labor market.