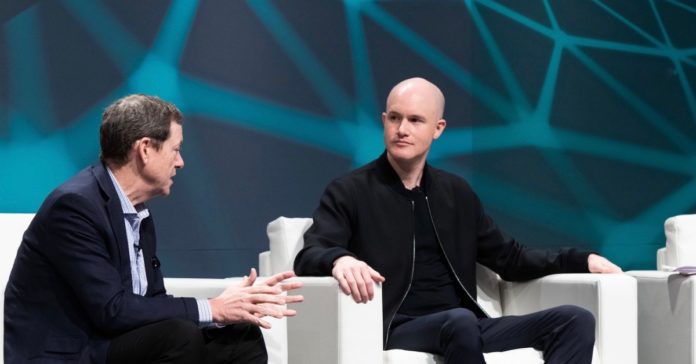 The San Francisco-based crypto exchange said it processed $2 billion in crypto last Thursday and Friday (for comparison, Coinbase saw $394 million in volume over the past 24 hours, according to Bitwise). Last Thursday also beat Coinbase’s previous traffic record by over 50 percent, Armstrong said.

Where other platforms experienced issues and outages, Armstrong noted that Coinbase remained operational, saying the exchange has been preparing for a crisis “for the last couple years.”

“This hard work contributed to our stability last week while many platforms, in both crypto and traditional equities, struggled with the increased volume,” Armstrong wrote, crediting the company’s engineering team specifically.

Jesse Pollak, the head of engineering for Coinbase’s consumer division, told CoinDesk in a phone call the platform has been preparing since the 2017 bull run, focusing on both the actual exchange’s matching engine as well as consumer products such as its API.

Some of this work included horizontal scaling on the database end, Pollak said. The company said it was scaling out its databases to enable more reads without interrupting writes (meaning the exchange can view the data stored on its servers while simultaneously adding new data without either operation slowing down the other as transactions are executed).

Pollak said that though Coinbase’s employees are currently remote (the exchange began implementing remote work last week in response to the COVID-19 outbreak), the engineering team used a combination of automated alerts and chatrooms to keep up with the spikes in traffic.

“If we’re going to be hitting higher highs than what we’ve seen, we’ll generally pull together people into a hangout just have them available, ready, hanging out, chatting there, looking at all the metrics,” he said.

Still, Pollak told CoinDesk that trading platforms are complex, and a lack of mistakes doesn’t necessarily mean a platform won’t experience any issues.

“From an engineering camaraderie perspective, I think it’s just worth highlighting that scaling products is really freaking hard, and we put a lot of work into it and I think that paid off last weekend,” he said.