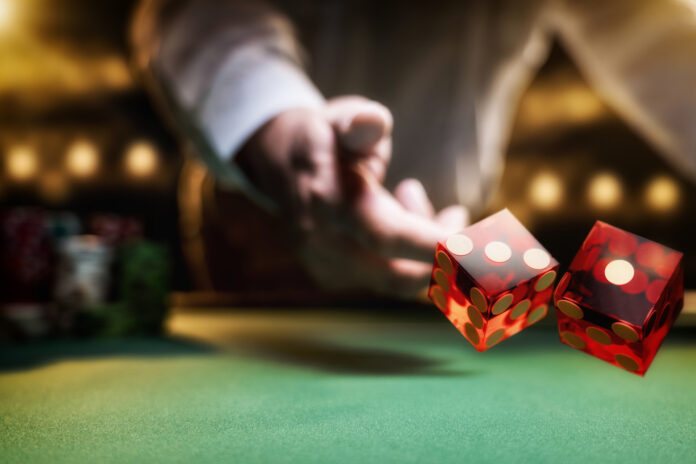 The suicide of a 20-year-old Robinhood trader should be a wake-up call for cryptocurrency exchanges that put revenue above customer protection, said a U.S. exec at one of the world’s largest such venues.

Many exchanges were designed to encourage users to trade as frequently as possible, often with money they don’t have, and resembled casinos more than responsible trading platforms, said Joel Edgerton, chief operating officer at bitFlyer U.S.

“There are too many exchanges that are run like casinos and exploit their customers,” he said.

Edgerton spoke to CoinDesk just over a week after a 20-year-old student, Alexander Kearns, killed himself after falsely believing he had got himself into more than $700,000-worth of debt by trading complex options contracts on Robinhood – an app-based trading platform with a young, retail-oriented following.

It later came to light that the negative balance was a temporary phase in between contract execution – i.e. Kearns wasn’t actually in the red. But Robinhood has come under heavy criticism for allowing amateur traders to access such complex instruments without safeguards to avoid confusion and, in this case, tragedy.

Late last week, Robinhood announced a $250,000 donation to the American Foundation for Suicide Prevention and vowed to add safeguards to its platform, such as tightening eligibility requirements for complex options trades.

While Binance’s CEO Changpeng “CZ” Zhao said in response last week that his exchange already implemented a “Responsible Trading” feature, Edgerton, a former head of operations at the insurance arm of French bank BNP Paribas, said the exchange was trying to shield itself from further criticism.

“I would say CZ’s response was mercenary. He is using a kid’s death to pitch his company and Binance is actually part of the problem,” he explained. The platform gets users hooked and their anti-addiction policy “highlights the fact that they built the product to be addictive,” he said.

Any crypto exchange that offered 125x leverage indiscriminately – which Binance began offering in October – isn’t serious about customer protection, Edgerton continued. BitFlyer, which opened a U.S. office in 2017, says it already restricts access to leverage and can flag or even ban users that display troubling trading patterns. The Tokyo-based exchange ranks ninth globally, according to CoinGecko, and is the market leader in Japan.

It was reported last summer a Chinese bitcoin trader killed himself after a 100x position on derivatives exchange BitMEX was liquidated, a loss of about $16.4 million in a single trade. Around the same time, an anonymous student trader said he was having suicidal thoughts after losing thousands of dollars on several leveraged trades on the same platform.

Arthur Hayes, BitMEX’s CEO, has previously defended his business, arguing that in a free market, customers can always move onto other platforms if they worry about being exploited or defrauded.

When contacted by CoinDesk, Binance declined to comment. BitMEX hadn’t responded to a similar request by press time.

Cryptocurrency exchanges have more of a role to play in customer protection, Edgerton said. Regulators worldwide cap leverage for retail investors, both in crypto and in traditional assets, such as equities. Japan’s Financial Services Agency (FSA) halved maximum leverage down to two times the value of the deposit this year.

As such, there’s no reason an exchange should offer 100x leverage on top of highly volatile assets without first checking whether the investor knows what they are doing and that they have the income to cover that level of exposure, argued Edgerton.

“We have a responsibility to provide products that are suitable to our clients,” he added. The Robinhood suicide “is what happens when companies focus on tech and profits rather than doing the right thing for their customers.”