Disorder versus the order of the universe

If you still don’t understand the law of entropy increase, let me give you a simple example:

A room that has not been cleaned will become increasingly dirty. The broken mirror will not recover on its own.

The ultimate goal of the universe is chaos, disorder, chaos.

You may think that the development of the universe is too far away from you. The law of entropy increase is everywhere.

Schrodinger said in “What is Life”: People live to fight the law of entropy increase, and life depends on negative entropy.

This is also the case of CVN–Conscious Value Network.

This philosophy for the consciousness value network helps people find order in the disorder of the universe. The entire universe runs in a random and disorderly manner. Things can develop randomly in good or bad directions, which is decided by the creatures’ consciousness in the universe. As suggested in the evolution theory put forward by Darwin, organisms adapt themselves according to their living environment, and in turn, the environment changes due to creatures’ conscious behavior.

To ensure the whole world develops towards the right direction, the fundamental question we shall bear in mind is: “What kind of future will you leave for your children and grandchildren?” This is the power of consciousness that gathers into a consensus, which can determine the development direction. The Consciousness Value Network is a technical network. Everything randomly develops in good or bad directions, but its ultimate route depends on every vote users cast. This is the magic of the VRF+PoS consensus mechanism.

The main chain CVN currently working on now is a consensus algorithm based on PoST(Spatiotemporal Proof) and VRF(Verifiable Random Function). The most important information here is “random”. The random function ensures the security and fairness of the network. It will not suffer attacks caused by foreseen accounting nodes. Additionally, its randomness also guarantees that it also will not be manipulated willfully for malign ends. Therefore, the VRF consensus algorithm is widely considered to be the best solution for blockchain 3.0.

VRF is based on PoS, and adopts random modes in a host core businesses, including nodes accounting, blocks generating, and amongst others. Then the question arises: how to ensure the entire system, the entire network, and the entire community to work in a benign manner problems emerges in the random and disordered process? This is the time when the PoS mechanism will give play to its strengths. The infrastructure of the PoS mechanism gathers the consciousness of all users who hold proof of stakes. Thus the consensus that most token holders possess determines the future direction.

In this way, everyone’s consciousness is taken into account and thus very important. Every token is of great value, and every vote is of great significance. This is the reason why the mainnet is called Consciousness Value Network.

The mainnet 2.0 Conscious Value Network, after adopting the consensus algorithm of VRF verifiable random function, will boast more than 50,000 TPS/CTPS and support 100 super nodes. The data layer will also be upgraded to the more stable LevelDB, which will initiate data compression to reduce node space and automatic snapshot function to reduce memory usage. The StateTrie tree will be upgraded to a 64-fork tree, which provides faster parallel transactions and optimizes data storage and searching complexity, thus improving transaction execution. A shard instruction will also be added. The public chain will fulfill a legion of functions, including providing internal shard transaction execution, improving the efficiency of single-shard and cross-shard execution, etc..

World-renowned projects such as Dfinity and Algorand both claim using the VRF consensus algorithm. However, in reality they are still in the testnet stage. As we all know, American teams have been good at arming themselves with advanced ideas but their execution ability proves to be the opposite. Chinese teams exceed them in implementing projects.

Therefore, as the CVN mainnet is going to land, CVN team will hire a third test team that is world wide famous to conduct a comprehensive test on the VRF mainnet. The mainnet token CVNT will also be issued on major mainstream trading platforms as soon as possible. The blockchain 3.0 era will become more interesting.

In addition, Conscious Value Network (CVN) will also optimize and update the original VRF. From this perspective, we hope to name consensus algorithm IVRF (an infinite random function based on infiniti VRF verifiable code). Presently, we are writing a paper to be published in the future.

Comparison between CVN and Filecoin

The decentralized storage of PoST is another very interesting technology. Theoretically, from the perspective of general relativity and quantum mechanics of physics, it is identical to the rule of creating the universe. That is, in each time and space exists a world. As long as this time and space are large enough and data granularity of the content stored are small enough, the blockchain powered by VRF consensus algorithm links these worlds in each time and space and consequently creates a multidimensional universe.

FileCoin whose network is based on the POC capacity proof algorithm tried to create storage main chain through utilizing PoST, for nodes, the POC capacity proof algorithm is based on zero knowledge and thus excessively relies on the computing performance of the CPU of nodes’ server and even the calculation of GPU, resulting in extremely low block generating efficiency and a waste of computational data. Furthermore, it is almost impossible to integrate smart contracts and virtual machines to a satisfying level.

Moreover, the TPS estimate is between 300-500 and can not address the large storage reading and data transaction requirements of the blockchain 3.0. Try to compare it to using a two-dimensional technical solution to satisfy the needs of users in a three-dimensional world. Their initially intend to create an incentive payment token for the IPFS protocol, while when IPFS comes into use, the payment can be completed with Bitcoin. This world no longer needs another Bitcoin. Therefore, utilizing PoST (Proof of Spacetime) that relies on the well-functioning VRF public chain is the best route to achieve blockchain decentralized storage in future.

The completely decentralized blockchain technology functions as the infrastructure of this world, that is, the organizational structure, trust foundation, economic model, and operational mechanism. Decentralized storage is responsible for storing all of your data. As long as the storage space is sufficiently large, and data particles of users’ content are sufficiently small, all users’ lives will be recorded and saved. Each individual is able to safely construct his own Digital Life on the blockchain. Further propelled by AI artificial intelligence and 5G technology, technically we can achieve “immortality of consciousness” for all people.

CVN uses decentralized storage to record our life in detail. If there is enough storage space in the future, we can compress each user’s data and video records to such a small size that allows the interconnection of them. The text and video that records your life can be stored on the CVNT main net, a dedicated decentralized storage space. In the future, you can review these records to look back at your life on a decentralized storage platform. Furthermore, artificial intelligence makes it possible to reconstruct consciousness and build a digital life. Consciousness will live on the CVN main network, creating a true sense of immortality. Users can play and share your content with others. The content can only be accessed by people with private key. By that mean only those who hold your private key will be able to view your records. This is the closed ecological system of CVN in the future.

Conscious Value NetWork (CVN) carries the expectations for the future world and outstanding participants. All of the researchers and technology developers are fully aware of the “value of consciousness” and are constantly improving themselves, and hope to pass this energy to everyone. At present, the main network block is nearly 50 million, and along with its development, there is the consciousness of all of us. In the future, when block reaches 100 million or even 500 million, I believe that more people will recognize the “value of consciousness” and work hard to improve it; I also believe that we will definitely gather to become more excellent, stronger consensus. 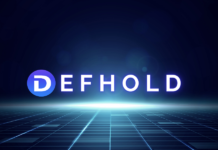 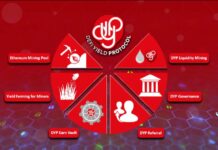 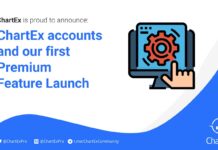 The wait is over! The first of ChartEx’s premium feature launches is taking place this Friday!