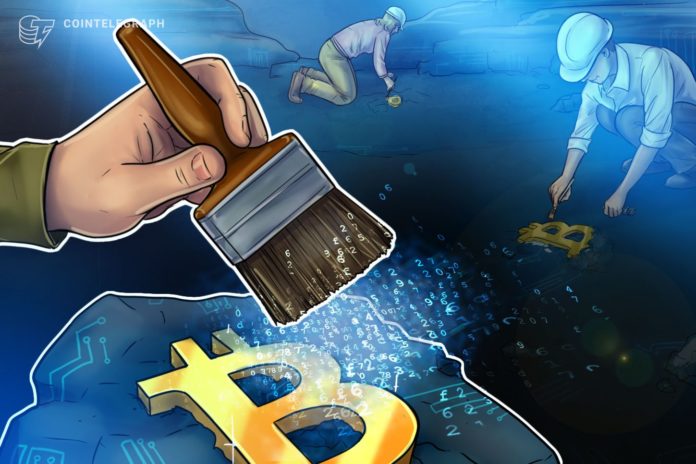 Over the last decade, cryptocurrency mining has been given a bad rap for the sheer amount of electricity required to power the industry. Back in 2017, it was pointed out that the collective power consumption of the Bitcoin (BTC) mining network in particular eclipsed the power consumption of some countries around the world. This was echoed in another 2019 study that suggested Bitcoin mining produces more carbon pollution than some countries.

Toward the latter end of 2019, a couple of studies showed that the Bitcoin network was using less energy, despite increasing hash rates. This also included data that estimated that around 75% of Bitcoin mining was powered by renewable energy sources.

It is plain to see that the debate around the inherent costs of Bitcoin mining and the impact it has on the environment will continue unabated. That fact has not been lost on a variety of industry players that are actively seeking alternatives to not only make mining more profitable but also less costly, both economically and environmentally.

Earlier this month, Cointelegraph reported on a unique situation in which an oil company was converting excess gas being produced into electricity to power crypto mining rigs. The situation was necessitated by the sheer costs of converting or piping the gas to be sold on the open market. It was a unique example of how industries are having to adapt to specific problems and how cryptocurrency mining has provided an alternative way to not only make use of excess energy but make a profit from doing so.

Conventional oil drilling and production has long been a proverbial gold mine that has played a massive role in powering industry and trade around the world. One endeavor has found Bitcoin mining as a more profitable way to make use of the excess gas from oil mining, as opposed to converting the gas to liquid form and selling it on conventional markets.

Podcaster Marty Bent, who revealed the use case, went as far as envisioning oil and gas companies dominating the mining space in the future due to the abundance of excess gas from oil fields. By setting up mining operations in containers at the fields, there is no need to pipe or transport excess gas. The operations simply turn the surplus gas or oil into electricity to power the mining rigs.

Cointelegraph spoke to Stephen Barbour, the president of Upstream Data, a company that builds and supplies the necessary equipment for oil and gas mining companies to make use of excess gas to mine cryptocurrencies. Having set up shop in 2017, Barbour said that there has since been a substantial spike in interest from various companies: “We started marketing in 2017 and had a difficult time getting taken seriously, now we are getting cold calls from the very same people that turned us away the first time.”

Barbour also agreed with Bent’s sentiments that oil and gas companies would gradually make up a bigger portion of the overall cryptocurrency mining ecosystem. A major driving force is the use of wasted energy sources that are abundant in the sector:

“I’ve been saying for years that the oil and gas industry will dominate the Bitcoin network hashrate. Hydroelectric dams and utilities are built to serve residential and commercial businesses, not Bitcoin miners. Mining always seeks the most wasted energy sources, there is no greater energy waste than in the oil and gas industry.”

Barbour also predicted that oil and gas producers that do not consider turning to Bitcoin mining will be at a disadvantage to competitors that do. The cost of building infrastructure to pipe or convert surplus gas simply does not have the same return on investment, while “shareholders tend to like when they increase reserves,” as he went on to explain further:

“Mining eliminates the need for pipelines and wasted gas in many applications, there are no sunk costs unlike the pipe that is never recovered from the dirt. Producers not only earn money mining Bitcoin, they get to save money from being wasted paying for gas disposal or uneconomic pipeline projects. If their well production declines they can simply redeploy their data centers elsewhere. It is a no brainer.”

Another consideration is the reduction in carbon emissions, according to Barbour. He believes that Bitcoin mining in particular gets a bad rap for its perceived environmental impact, and he highlighted the importance of making use of wasted energy, saying that a small V-8 50-kilowatt hash generator “reduces carbon emissions by up to 10,000 tonnes / year when deployed on vented gas sources.”

Renewable and green energy sources are another major consideration going forward and have been a focal point in Bitcoin mining circles. The simple question is whether it is more profitable for electricity produced from solar farms to be sold to power grids or used to power mining.

Cointelegraph reached out to Christian Ander, the founder of the Stockholm-based exchange BTCX, who came to this realization in 2018. As Ander explains, cryptocurrency mining has become a viable revenue stream for green energy producers as an alternative to connecting or contributing to mainstream power grids. Ander went on to explain that there are multiple benefits of generating and using solar power for mining operations and it would become the norm in the future:

“I installed my panels during 2018. The profits had been two fold. Using energy from my panels I save 75% of the energy cost. But also when the energy price is low which it has been during 2020, currently I get 1,300% more by mining Bitcoin than selling the energy to the grid. I believe energy producers will wake up to this fact.”

There is, of course, a certain barrier to entry, considering the initial cost of buying solar panels and mining equipment. However, the amount of money saved by buying electricity from the grid is the mitigating factor: “You basically prepay for 20–30 years of energy production up front. Of course it’s about 75% cheaper than buying it from the grid.” For Ander, cost reduction is the primary reason for turning to solar power for his mining endeavors. However, there is added sentiment given the fact that a green energy solution is being used.

Hydroelectric power has been a big mover in the world of Bitcoin mining, especially in China and Canada, which have both been able to offer preferable electricity rates to industries nearby certain hydroelectric dams. According to CoinShares’s most recent report on the global mining ecosystem, which was released at the end of 2019, 73% of the world’s Bitcoin mining operations run off renewable energy systems. Furthermore, the report estimates that miners are still mainly based in regions using cheap hydroelectric power.

The report directly contradicts various media articles over the years regarding the effects that cryptocurrency mining has on the environment and suggests that the majority of mining operators are utilizing green energy. Furthermore, the use of some of these resources from the mining sector directly provides a solution to surplus or wasted energy that is created by hydroelectric power plants.

Christopher Bendiksen, the head of research at CoinShares, spoke to Cointelegraph about the overarching trends in the cryptocurrency mining space. First and foremost, Bendiksen highlights the ruthless nature of the ecosystem and the focus on profits over moral considerations around green energy sources: “Miners need to first and foremost survive in a highly competitive industry so they search out the cheapest energy. It just so happens that the cheapest energy on the planet is renewables.” Hydroelectric energy producers and gas and oil companies seem to be the most favorable energy sources for the mining space. It is a point that is backed up by Bendiksen as well:

“Hydro power is and will probably remain the most cost effective energy source for Bitcoin mining for the foreseeable future. Another potentially great source is waste natural gas. I do anticipate a move towards fossil fuels, specifically natural gas (we’re also observing increased coal use in Kazakhstan), as oil and gas producers realise it is more economical to mine Bitcoin with their waste gas instead of flaring it, or worse, venting it into the atmosphere, as are the current practices.”

Water and oil: The lifeblood of crypto mining

A key takeaway from conversations with various experts and industry participants seems to point toward hydroelectric and oil producers as major electricity sources for cryptocurrency mining operations. The latter is a sector that Bendiksen believes could well become far more prevalent and profitable:

“The economical and environmental savings will just be too good to ignore. I’m maybe not quite as bullish on natural gas mining […], but I do think it will be a big deal and certainly bigger than now.”

Mining operations powered by solar panels are relatively small compared to the various energy sources used by the mining ecosystem. Bendiksen described solar-powered operations as a small percentage accounting for a few dozen megawatts and said that these operations were rare. Hydroelectric energy producers seem to be the proverbial lifeblood of the cryptocurrency mining industry. Looking ahead to the next five years, Bendiksen predicted that this would remain the status quo:

“Yes this is still the case and I would be very surprised if it didn’t remain so for the next five years. The only potential source I can imagine overtaking hydro is natural gas, but it has a very, very long way to go considering how dominant hydro power is in the current energy mix.”

Alejandro De La Torre, the vice president of the mining pool Poolin, believes that cheaper electricity prices produced by hydroelectric power plants will continue to be an attractive option for miners. As a result, the entire industry could become more efficient:

“The industry will be much more professional too. There will be new entrants after the halving because of the new miners, new financing options, better operating systems for mining rigs and the clear 4 year Bitcoin reward scheme. The pursuit of cheaper electricity will undoubtedly continue and if the trend is to continue, most of this cheap power will come from green sources.”

Nevertheless, profitability will always be a major consideration for cryptocurrency miners. With this in mind, De La Torre believes a push from the international community for more green energy production could ultimately dictate which energy sources are favored by mining operations:

“As long as the cheaper electricity to be found is from green sources than most miners will choose it. The global trend of less fossil fuels will also help the mining industry as governments will push for more green power plants at even better prices. Ultimately, it is an effort from us all, if we push the global community to less fossil fuels than everyone wins.”