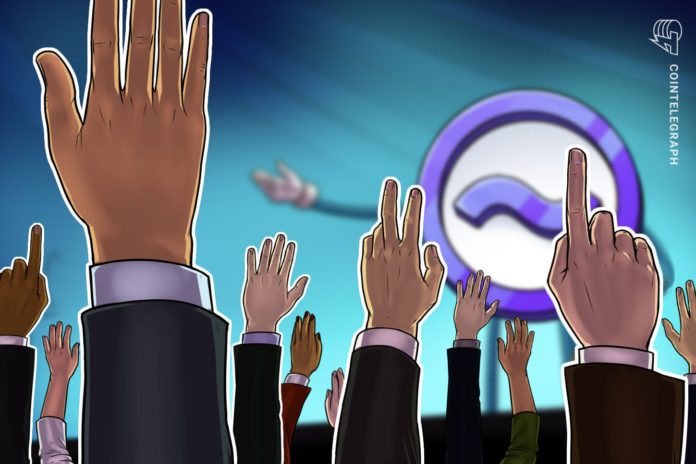 In a recent presentation at the 3rd ZKProof Workshop, the Calibra research team presented Distributed Auditing Proofs of Liabilities, or DAPOL, protocol designed to make improvements to the existing distributed audit procedures.

The team led by Konstantinos Chalkias, contends that their protocol builds upon and improves existing methods by introducing additional optimization and enhanced privacy. It allows entities to undergo a distributed audit of their liabilities and it works in any situation where an entity does not have a motivation to overstate its liabilities. The latter is the reason why DAPOL cannot be used to audit assets.

For example, a crypto exchange could use it to let the community audit its liabilities. It could also be used for “negative” voting cases, such as transparent reporting of negative online reviews or reporting of offensive content in social networks.

According to the team, their method has considerable advantages over both traditional auditing techniques and existing decentralized methods. When an entity gets audited by a third-party, it will typically focus on the few big accounts and may overlook many smaller ones.

One of the DAPOL’s main advantages over existing distributed methods is enhanced privacy:

“Notably, it does not expose the number of individuals who are included in the aggregate totals or the number of people who verify their inclusion in those totals.”

Had Mt. Gox users had access to a similar tool, perhaps, its downfall could have been avoided. It is possible this new protocol could have even saved the company, provided that there was really no corruption on the part of the management.

In his post, Chalkias alludes to the Enron case, where the auditor, Arthur Andersen, colluded with the company it was auditing to cover up its misgivings. He contends that the combination of a third-party and decentralized audit could have prevented the ensuing collapse of both Enron and Arthur Andersen.

Everyone becomes an auditor

One of the DAPOL’s key features according to the Chalkias’ LinkedIn post is that it allows everyone:

“To participate in the proof verification and at the same time it provides an extra automated validation tool that didn’t exist previously.”

The Calibra Research team provided an example to Cointelegraph of how this could work in practice:

“Using this technology, the proving entity — for example, a bank or an exchange — would publish its total liabilities as an aggregated signed encrypted value. This encrypted value is computed by adding the balances of every individual. Each individual whose balance is included in the total will receive a unique “ticket” to verify their inclusion. Using this “ticket,” individuals privately learn if their balance is included in the reported number. If it is not included, they can provide cryptographic evidence for dispute resolution.”

The Calibra Research team is not sure if and how DAPOL would be implemented within the Libra project, but they do believe that it will have a profound impact on numerous domains:

“We believe there are numerous domains where DAPOL could be useful, including blockchain wallets, finance, e-voting, economic data, and even public health.”

The team expects to make their code open source soon. They are currently soliciting feedback from the cryptographic and zero-knowledge-proof communities. The code is open to additional collaborators who can help move the project forward.

Recently, one of the project’s research teams published a paper that proposes a new method for testing Byzantine fault tolerance. Although pressured by the U.S. government, Libra has been forced to retreat, pivot, and compromise on its original vision, the research conducted by its well-financed teams may still end up benefiting the larger crypto community.