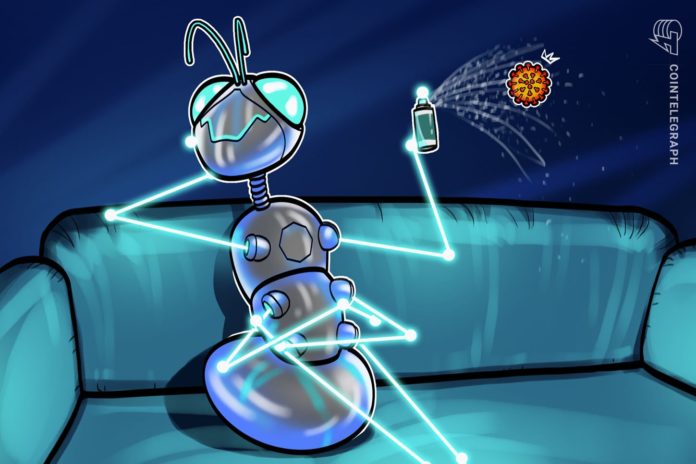 Blockchains reached a feverish level of hype following the ICO mania of 2017.

Peddled as the panacea to the world’s ills, many of such promises ill-intentioned, initial coin offerings raised enormous sums of funds within minutes as the public’s focus shifted to the wild world of cryptocurrencies. Once the hype faded, the emerging narrative surrounded enterprise blockchains and the vast potential of the nascent technology to lead businesses into the next generation of the internet.

However, much of the original vision of blockchain technology and crypto was lost amid the hysteria. Consortium-backed chains, enterprise blockchain research projects and delegated proof-of-stake networks were supposed to be ushered in as “next-generation platforms,” but they stumbled — and in Steem’s case, an ugly fallout is ongoing.

2020 appeared like it would be a markedly different year, though. Startups understood the path forward was about crafting platforms around the major crypto protocols to extract value from them — not bootstrapping entire networks. Easing user-interface dilemmas hindering mainstream adoption became one of the foremost concerns; decentralized finance on the Ethereum network blossomed; and a flourishing ecosystem of derivatives instruments and institutional tools embraced Bitcoin (BTC).

While everyone toiled away at home under the duress of a global pandemic, financial markets fell off a cliff; the Fed and Treasury Department stepped in with unprecedented relief; and the topic du jour became speculation about the looming fallout of a catastrophic event. The narrative of enterprise blockchains faded into the background.

More immediate concerns like digital privacy, the convoluted (and never-ending) inflation vs. deflation argument, safe haven asset speculation and the interference of a novel virus took the stage.

The narrative timetable has accelerated, and hopefully, we’ve learned more than we did following 2017’s meteoric run.

The future of privacy and its role are being departed especially as we grapple with a series of developments emanating from the COVID-19 situation.

For example, former United States Treasury Secretary, Lawrence Summers, unabashedly declared that he thinks there is already too much financial privacy in the world. Naturally, that raised outcries among a mostly libertarian-leaning crypto audience. But it was the culmination of several developments flying under the radar as mainstream headlines mostly were laden with fear and hysteria during March. The government quietly unveiled the hyper-polarizing EARN IT bill into the legislative debate, seeking to undermine encryption that doesn’t bend to government approval. Apple and Google jointly created a COVID-19 exposure-tracing Bluetooth app that made everyone uneasy. And the concept of a digital dollar was introduced to U.S. Congress.

Crises are often a convenient veil for unpopular legislation, but the grassroots response to all of the above was encouraging, to say the least. Whether it’s Facebook’s privacy indiscretions, creepy online ads or the privacy movement bolstered by crypto proponents, it’s evident that people are increasingly placing a premium on privacy.

Financial privacy remains one of the critical frontiers for preserving privacy. When all kinds of personal data are commingled under one roof, those servers become appealing targets for hackers, even in the crypto space — e.g., BlockFi. Blindly allowing the infiltration of total transparency into financial matters is not only concerning but it’s outright dangerous.

Digital currencies owned by governments represent the culmination of the decades-long foray into digital surveillance. Unsurprisingly, pushback against them in the U.S. has been strong among proponents of privacy, with the implications of a cashless society widely regarded as firmly entrenching the government’s position to censor and control financial railways.

COVID-19 induced many unforeseen developments, but one of the most distinct was its acceleration of the timetable toward a digital dollar and weakened financial privacy. Hopefully, coming out of the other side of this crisis, projects focusing on advanced cryptographic primitives — e.g., zk-SNARKS, sMPCS, etc. — will have a renewed vigor among their supporters.

And maybe, just maybe, that urgency can translate to the mainstream before it’s too late.

Recent reporting has detailed the conundrum with many permissioned — i.e., enterprise — blockchains. Competing companies simply don’t want to join a network primarily controlled by a competitor, especially one without privacy. Collaborations have become the norm, but are such endeavors really leveraging the potential of blockchain technology? Or are they just wielding a semi-centralized database for some marginal improvements in whatever the value proposition is?

Those are questions that are hard to answer right now and have the market for enterprise blockchains grasping for some form of staying power. They need a killer app or will fade away.

Some projects may have discovered the necessary killer app, though. And such projects face an arduous task moving forward, however. Not only do many crypto industry proponents disagree entirely with the notion of permissioned blockchains but their staying power has yet to be proved. The path of abandoned enterprise chains, such as supply chain management projects, is a dark mark that will need to be whitewashed before any meaningful adoption is fully realized either.

Probably the most obvious development of the crypto and blockchain industry under the mountain of COVID-19 headlines is the rise of stablecoins. Ascending past the $10-billion market cap, stablecoins have been vociferously debated as eurodollar analogs, the natural progression of platforms like Ethereum functioning as a monetary sovereign, and as speculative fuel for institutions investing in Bitcoin.

Naturally, we need to ask ourselves: Are crypto dollars mutualistic or parasitic to their host networks? Otherwise, we can focus on the more general narrative of the explosion in stablecoin growth in recent months — it’s a microcosm of the immersion of legacy finance aspects into public blockchains.

Platforms like MakerDAO are, in reality, analogous to central banks with discretionary monetary policy for maintaining a stablecoin. DeFi lending has been blurring the lines between centralized and decentralized, and an alternative financial system of options, perp swaps, hash rate futures and other financial instruments have been thriving. Crypto dollars play a vital role in how many of those instruments are collateralized.

Crypto dollars have even swallowed the bulk of transactions on Ethereum. So, what gives? Well, a virus-induced pandemic may have accelerated the timetable for stablecoin adoption, just like it did with the privacy debate. Pair that with a growing thirst for crypto derivatives, institutional intrigue and an uncertain macroeconomic backdrop, and the conventional financial world are transitioning to public blockchains out of urgency.

The implications of the blockchain and crypto lessons learned from COVID-19 are still amorphous and are only in their early stages. But COVID-19 threw a wrench into virtually everything as the world came to a standstill — even the wild world of crypto. As we pass the halfway mark of one of the most fascinating years in recent memory, it’s worthwhile to take account of just how much narratives have shifted since the novel coronavirus took the world by storm.

Enterprise blockchains may be stumbling; stablecoins may be rising; but what’s evident is that crypto has only been gaining traction, and permissionless stapled to privacy is at the heart of the intrigue ushering in a new generation of users. The COVID-19 pandemic just accelerated the focus on those narratives, making it the most opportune moment in history for the cryptocurrency industry to shift its reputation into a successful, innovative tech sector within the finance industry.

Andrew Rossow is a millennial attorney, law professor, entrepreneur, writer and speaker on privacy, cybersecurity, AI, AR/VR, blockchain and digital currencies. He has written for many outlets and contributed to cybersecurity and technology publications. Utilizing his millennial background to its fullest potential, Rossow provides a well-rounded perspective on social media crime, technology and privacy implications.