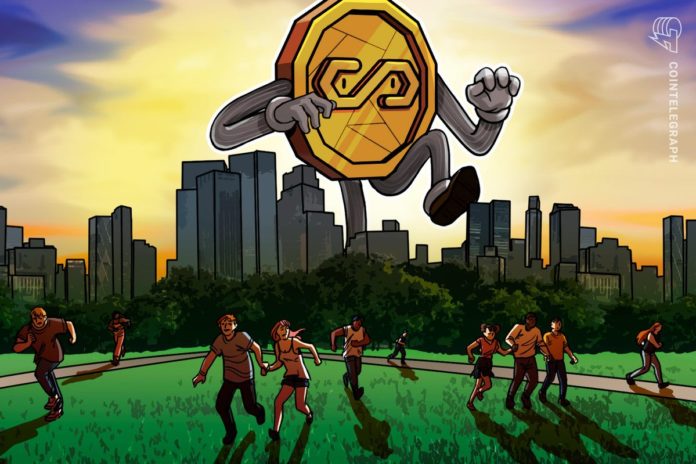 According to a study released by the G-20’s Financial Stability Board on April 14, stablecoins pose a pertinent risk to the financial stability of the global economy and therefore need to be regulated in a manner that is not only meticulous but also future ready.

Additionally, as per data released by the FSB, members of the G-20 have been advised to make use of their existing financial rules — especially those related to money laundering and terrorism funding — in regard to any stablecoin offerings that may be available within their respective borders.

The G-20 seems to be particularly hostile toward Facebook’s Libra project, as the cryptocurrency holds an enormous amount of potential for instant adoption. However, the board is not too concerned about other projects like Dai, saying they are too small to pose any sort of systemic risk to the local economy of any nation.

To get a more in-depth understanding of the matter, Cointelegraph reached out to Daniel Burstein, the general counsel and chief compliance officer of Paxos, which is the platform behind several stablecoins such as the United States dollar-backed Paxos Standard (PAX) and gold-linked Pax Gold (PAXG).

In his view, the FSB, through its aforementioned report, has made an “important and thoughtful contribution” to the ongoing dialogue about the benefits of stablecoins as well as the importance of mitigating risks associated with stablecoins through strong controls and thoughtful regulation. “The FSB consulted Paxos in researching this report, and the report demonstrates that our input was well received.”

He further pointed out that by gaining the approval of the New York State Department of Financial Services, Paxos’s various stablecoin offerings are tackling a number of pressing issues related to this unique asset class, such as security of reserves, ease of redemption, governance, accountability, risk management, transparency, cybersecurity and financial crime compliance, recovery and resolution.

Similarly, Paolo Ardoino, the chief technology officer of Tether — the company behind the U.S. dollar-pegged stablecoin USDT — told Cointelegraph that despite all of the criticism put forth by the G-20 in relation to the asset class, his firm has welcomed the FSB’s recognition of the role of stablecoins in the global economy and its consideration of financial technology innovation in the digital asset space.

Pundits weigh in on how stablecoins should ideally be regulated

In their most basic sense, stablecoins are digital currencies that offer value to traders and exchanges, as well as the overall crypto ecosystem, by providing investors with an asset class that is stabilized by an underlying crypto or fiat currency such as the U.S. dollar.

Investors can use stablecoins to buy and sell cryptocurrencies, reducing their risk during periods of high volatility. However, in terms of how this unique asset class should be governed, Josh Li, the chief business officer of Apifiny — the parent company of the Global Currency Organization, which is issuing a digital dollar token called USD Digital (USDD) — told Cointelegraph:

“If regulators devise clear guidelines on how stablecoins should be created, traded and managed, any potential concerns can be greatly alleviated. I believe that the advantages of well-regulated stablecoins outweigh any potential risks. Ideally, the government regulators around the world can align on a common framework.”

Also, Gregory Klumov, the CEO of Stasis, which issues the euro-back stablecoin Eurs, told Cointelegraph that many of the issues highlighted by the FSB are not really serious because transactions related to stablecoins are available on public ledgers. Not only that, he also pointed out that most stablecoin issuers are currently making use of analytical software tools that can easily help auditors determine whether a particular transaction has any issues with it, especially in relation to the origin of its funds, adding:

“I believe that the board has probably just started to climb it’s learning curve and has not been aware that there are blockchain analytical tools for proof-of-work blockchain that provide a solution exactly against what they are concerned with.”

Lastly, expounding his views on the matter, Jake Yocom-Piatt, the project lead and co-founder of Decred (DCR) — an autonomous digital currency that makes use of a hybrid consensus system — told Cointelegraph that a lot of the FSB’s concerns about stablecoins are vastly overblown and it is very limited in its outlook:

Can stablecoins really be used to exploit regulatory loopholes?

Over the past couple of years, stablecoins have grown immensely both in terms of their legitimacy and overall popularity. This is in part due to the fact that more and more people have found this unique offering to be helpful in saving time and money. Additionally, a number of stablecoins, such as Tether and Binance USD (BUSD), have witnessed a sizable increase in their respective market capitalizations. This points to the fact that stablecoins are either being repurposed or being utilized for supplanting bank-dependent money.

Related: How Zero Interest Rates in the US Will Impact Stablecoin Adoption

However, when it comes to stablecoins being used for nefarious purposes, Paul Mak, a former venture capital investor and founder of Gus — a stablecoin that has its value pegged to the U.S. dollar but is backed by physical gold — told Cointelegraph that most of the “loopholes” the FSB has harped on in its report are really just regulatory differentiators between various economies, adding:

“What crypto and distributed companies have figured out is that there is an opportunity for regulatory arbitrage. This is the way of the global economy, it happens across all markets in all forms, pricing, production, finance and regulation. But now all of a sudden governments have to work together because stable coins pose a threat. They don’t.”

Regardless, Mak does believe that the G-20’s recommendations are a step in the right direction, even though it may still take some time for regulators to truly understand the potential of this novel asset. Similarly, Dan Schatt, the former general manager of financial innovations for PayPal and the chairman of Universal Protocol — the organization behind the U.S. dollar-backed stablecoin Universal Dollar (UPUSD) — told Cointelegraph that just as cash can be used up to a certain amount without any ID checking, the same protocols could and should be used for stablecoins, which would largely solve concerns and issues around Know Your Customer processes. In regard to the matter, he further opined, “Certainly, verification of identity has become easier with technology and could help mitigate the threat of money laundering.”

On the subject of certain stablecoins showcasing deviations from their pegs and the financial implications such aberrations could have on the global economic engine, Schatt pointed out:

“We have witnessed deviations from ‘pegs’ with many countries that have had runaway inflation. Blockchain technology has evolved such that tokens can be dynamically burned and minted to reflect an underlying asset deposited or withdrawn and is a much cleaner way of instilling confidence that a stablecoin is fully substantiated.”

A similar opinion is shared by Shy Datika, the co-founder and president of INX, a trading platform for institutional investors. In his view, any unsupervised and unregulated financial instrument can be misused. However, as stablecoins are blockchain-based entities, they are much safer than any other capital asset:

“Smart contracts allow for self-regulation and therefore have zero human intervention, and thus prevent any intentional malpractice. It all goes back to the same issue — the stablecoins are not the problem — lack of proper regulation is.”

The future looks good for stablecoins

Despite the G-20 taking a cautious approach toward stablecoins, experts believe that if regulated they may actually increase the stability of many economies by decreasing global arbitrage spreads. Additionally, these digital assets are available 24/7 for trade and react in real-time settlement as opposed to legacy assets that have major settlement and trading lags, which enable miscreants to exploit many of the loopholes that the FSB has outlined in its report.

Also, USDT, one of the world’s most popular stablecoins that currently has a market capitalization of around $6.4 billion, often showcases trading volumes of over $20 billion per day. This is well over 15–20 times the daily trading volume of Singapore’s stock exchange. With that being said, tokens such as USDT that have a somewhat suspicious financial past may seem to pose a systemic risk, mainly because many people stand to potentially lose out on their hard earned wealth should investor confidence in such offerings erode.

In regard to Facebook’s Libra, a currency that will be supported by a basket of stablecoins pegged to dominant fiat currencies from all around the world that have obvious appeal for users in emerging markets, Nick Hill, the vice president of business development at Invictus Capital — a merchant banking and C-suite advisory firm — told Cointelegraph that the issue with Libra and other similar assets is that their rapid adoption could destabilize and undermine the financial systems of less developed countries. This would take away any ability for financial authorities to control their local money supplies and further transfer monetary power to established economies:

“This problem can be alleviated by properly regulating stablecoin issuers. Establish a framework for legal tender and establishing adoption policies for digital currency use can help alleviate the stress of local monetary authorities.”