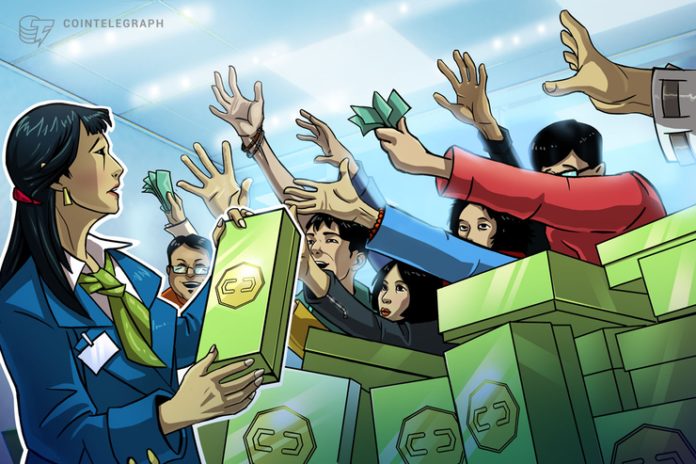 Blockchain firm Hedera announced that holders of its HBAR token that decide to lock their crypto assets will be compensated with more cryptocurrency.

In a blog post on Dec. 23, the company announced that, beginning in early 2020, HBAR holders that participated in the token sale will be able to take part in a program that would compensate them with annual allocations of additional coins. In exchange, investors would have to postpone the release date of the tokens acquired in their original investment.

The offer is aimed at accredited investors who signed a simple agreement for future tokens (SAFT) and bought a future crypto asset from the firm. The release of the additional tokens will be calculated by Hedera annually based on network adoption speed.

Per the announcement, 10% of transaction fees and treasury sales would be released to SAFT holders that locked their tokens. The cap on this bonus would be the holder’s investment amount in U.S. dollars. The post explains:

The post is only a summary of the firm’s plans and no investor action is required as of yet. Detailed documents pertaining to the offer will be released early next year. Hedera also announced that next year the source code of its platform and tools will become open.

As Cointelegraph explained in September, Hedera Hashgraph is a decentralized public network targeting enterprises that claims to be capable of processing 10,000 cryptocurrency transactions per second (TPS). Some analysts expressed skepticism regarding the firm’s claims, which also include the purported ability to run a network’s full node on a mobile phone.

Notably, the 10,000 TPS that the network purportedly is able to handle are not processed by the virtual machine, which means that the number is valid only when one considers account-to-account transfers and not smart contract execution.