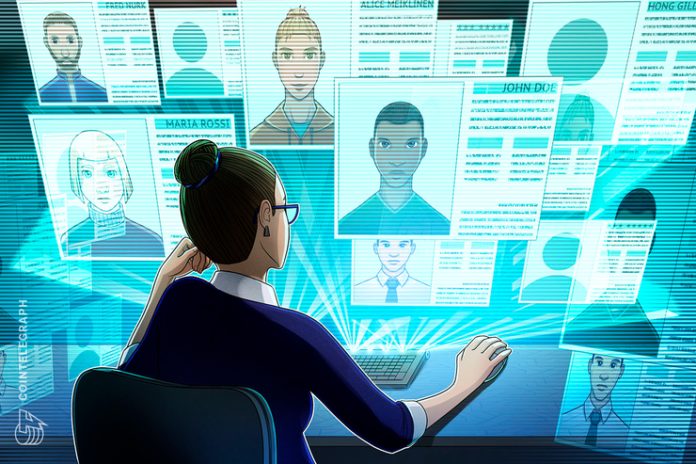 Do it yourself or outsource it? Rightly or wrongly, most people seem to fear the IRS, and an IRS audit can be daunting, even if it is entirely by correspondence. Most considerations are arguably the same in many different kinds of tax audits. However, crypto tax matters can be even more sensitive than many others. One reason is return filings and records.

Let’s face it, many crypto investors have not been exactly scrupulous about filing taxes on time, reporting consistently, and keeping good records. After all, doing all of that isn’t easy, although it has gotten easier over the last year or two.

Related: The IRS Is Blindly Coming After Cryptocurrency Traders — Here’s Why

Another reason is the IRS focus on crypto. The IRS has said that virtual currency is an ongoing focus area for IRS criminal investigations, following its announcement on a Virtual Currency Compliance campaign to address tax noncompliance related to the use of virtual currency through outreach and audits. For some time now, the IRS has been hunting crypto user identities with software too. The IRS keeps stressing noncompliance related to virtual currency transactions through a variety of efforts, ranging from taxpayer education to audits to criminal investigations.

Remember the IRS summons for John Doe to get Coinbase user accounts? More of those could be coming. More recently, the IRS sent thousands of letters to people with virtual currency transactions stating that they may have failed to report income or pay taxes properly. The IRS says it identified these targets through various IRS compliance efforts. IRS Commissioner Chuck Rettig seems to think this should be a wake-up call, and a warning.

The most frightening part of the IRS is the Criminal Investigation Division, although its involvement in an audit is rare. Even so, it is important to have a sound understanding of how criminal tax issues arise, so you can be prepared. Many people are surprised to learn that the vast majority of IRS criminal tax cases arise because of so-called “referrals” from the civil division of the IRS.

It happens from plain civil audits and civil IRS collection activity. One IRS Agent spots or hears something fishy and passes it on. It can start innocuously. During the course of an audit or a tax collection matter, a civil IRS auditor discovers something that seems odd and refers it to the Criminal Investigation Division. You may not even know that you are being investigated. Of course, many investigations do not lead to prosecutions. However, if you are contacted by the IRS Criminal Investigation Division, whether as a target or as a witness, you should politely decline to be interviewed. Refer them to your lawyer.

Related: IRS Expands Penalties: Which Tax Mistakes Are Better Not to Commit

Many people think that cryptocurrency could be the next big thing for the IRS, which has been training its criminal agents for Bitcoin and other virtual currencies — and that should tell you something. If the IRS is suspicious, they can require you to produce records, even ones that may incriminate you. With offshore bank accounts, the IRS refined this technique by seeking a grand jury subpoena to produce your offshore bank records.

Many Americans have a knee-jerk reaction to this. “Just take the Fifth,” lawyers tend to say. The Fifth Amendment says you cannot be forced to incriminate yourself. However, the IRS can make you produce these required records even if they will incriminate you. You may be able to refuse to speak under the Constitution, but sometimes, you cannot refuse to produce certain records.

Getting professional help vs. DIY

To return to more normal tax audits and notices, if the IRS audits you or has begun sending you notices and so on, should you handle it yourself or get professional help? The answer can vary, but getting help is often the wiser path. If the IRS visits you in person, hire a lawyer. No personal visit should be taken lightly. You have no legal obligation to talk to the IRS, whether it is the civil or the criminal part of the IRS contacting you. Politely tell them that your lawyer will contact them, and ask for their business card.

It is unlikely that the IRS will push you to talk after you say this.  But even if they do, politely decline. Even if the IRS says you are just a witness and that it is someone else they are pursuing, you do not have to talk. Besides, who is a witness and who is a target of an investigation can be quite fluid — it can and does change. Written notices and other materials are obviously considerably less threatening. However, even if the query or audit is all in writing, most people feel a chill when dealing with the IRS.

You might receive a letter from the IRS asking about some aspect of your tax return. You might want to handle it yourself — but be cautious and reflective if you do, especially in more serious matters. The point at which you may need a representative is often early. In fact, some taxpayers spend large sums with tax professionals precisely because they initially tried to handle the case themselves. Sometimes, you can dig a hole that runs deeper than if you had handed the case to a professional from the start.

One reason to have a tax lawyer or accountant handle your audit is to get some distance. Even in a civil audit, talking to the IRS can be dangerous and can put you in a disadvantageous position. The IRS may ask you about things you don’t want to answer, but not answering is awkward if you are handling it yourself. Having a representative means you will have time outside the IRS presence to prepare appropriate responses that put the issues in the best possible light.

Some taxpayers even represent themselves beyond an audit at the IRS Appeals Division or in the United States Tax Court, although many of those cases seem to be poorly handled. Even the once-famous lawyer, F. Lee Bailey, represented himself in the U.S. Tax Court in a $4 million dispute with the IRS. Bailey won one issue but lost most of them, including claimed loss deductions for his yacht. Worse, the court approved significant negligence penalties against him that he probably could have avoided with tax counsel. Seeing to your own case clearly isn’t easy, but it usually pays to hire someone to handle it.

The views, thoughts and opinions expressed here are the authors alone and do not necessarily reflect or represent the views and opinions of Cointelegraph. This discussion is not intended as legal advice.

Robert W. Wood is a tax lawyer representing clients worldwide from offices at Wood LLP, in San Francisco. He is the author of numerous tax books and writes frequently about taxes for Forbes.com, Tax Notes and other publications.