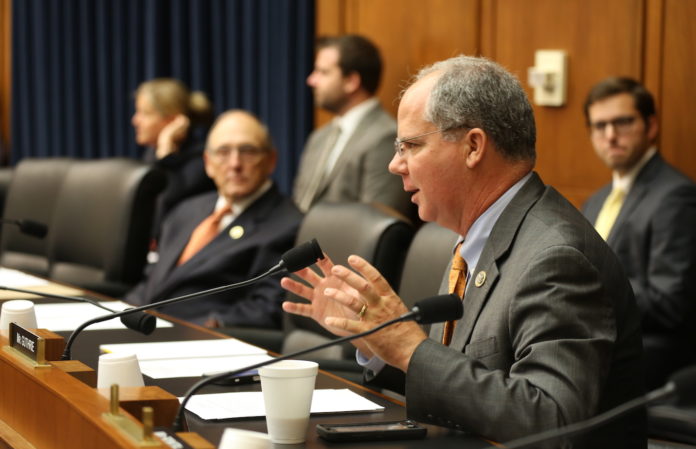 On Tuesday, U.S. House Rep. Brett Guthrie (R-Kent.) introduced a bill calling on the Federal Trade Commission (FTC) to survey the prevalence of blockchain technologies across industry, government and the globe. CoinDesk obtained a draft version of the bill, HB6938, which is shared in full below.

If passed, the bill, which had no cosponsors when referred to the House Energy And Commerce Committee, would give the FTC two years to conduct the survey and a further six months to advise Congress on what it learned.

The recommendation package would effectively outline a comprehensive blockchain strategy for the United States.

Some U.S. allies already have such a framework, including Germany. (The proposed FTC survey would give lawmakers a rundown of at least 10 countries’ blockchain strategies’ relative to the U.S.).

But Guthrie’s main concern appears to be the clear leader of national blockchain strategies, and an adversarial one at that: China.

“We cannot let China beat us,” he said in a press statement.

Staying a step ahead of China has gotten only more crucial in the age of COVID-19, Guthrie said.

“The ongoing coronavirus pandemic has made it clear that we need to maintain American leadership in technology,” he said in the statement. “America is a nation of innovation and enterprise – and we need to keep it that way.”

Read the full draft bill below: