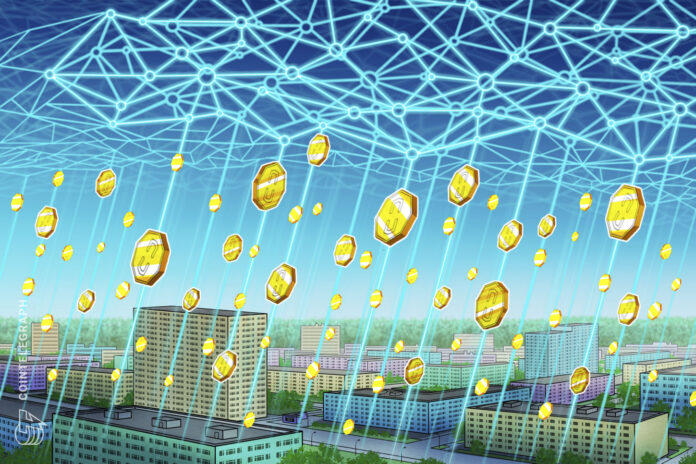 Due to the crisis caused by COVID-19, millions of people have lost all or part of their income. To support them, governments have been giving out money to victims. Is it possible to make this practice permanent? And if so, why will we need state digital currencies?

The COVID-19 pandemic has forced the United States, Canada, Japan, Russia and many other countries to print large budget reserves and to start helping people with direct cash payments. Such measures have, again, led the world to talk about the idea of an unconditional or universal basic income, otherwise known as UBI, an idea that Thomas Moore put forward in his novel Utopia in 1516. Its essence is that every citizen has the right to regularly receive a certain amount from the government without fulfilling any conditions and can spend this money at their discretion.

The introduction of UBI experiments began long before the coronavirus pandemic. One example is in Alaska, where a similar system, dubbed the “Permanent Fund Dividend,” has been operating since 1982. Once a year, every resident of the state receives a certain part of the profit from the local oil industry. In 2019, it was $1,606 dollars, and in the most “profitable” year of 2015, it was $2,072. Another example is in Namibia where about 1,000 residents of two villages received 100 Namibian dollars each month during 2008 to 2009. Also in Finland, a UBI system was tested from 2016 to 2017 in which 2,000 nonworking citizens received 560 euros each month.

Today, 71% of Europeans support the idea of UBI. Pope Francis has encouraged such payments. Andrew Yang, a former 2020 U.S. presidential candidate, made UBI the focus of his campaign and created the Humanity Forward fund. Recently, the organization received $5 million from Twitter founder Jack Dorsey to give out money in the form of 20,000 microgrants of $250 each.

However, many point to the imperfections of the UBI system and believe that in the world of traditional finance, it can bring more problems than benefits. That said, things might be different if you look at the situation from a different perspective. The development of crypto technologies opens up new opportunities for introducing UBI, changing relations between the state and society and creating a more just world.

What is wrong with the idea of UBI?

One of the main arguments from opponents of UBI is that if the state distributes money to all citizens, people will work less, which will negatively affect the economy. It may also lead to an increase in the consumption of alcohol and other harmful substances, especially among the poorest segments of the population. However, experiments that have been performed refute these stereotypes.

Researchers found that in Namibia, UBI recipients began to eat better, their children were more likely to attend schools and crime rates decreased. In developed countries — for example, Finland — UBI recipients are more satisfied with their lives, more positively perceive their economic situations and, at the same time, do not try to avoid employment. Moreover, the reduction of anxiety about making money for food leads to the development of creative skills, which helps to find new areas of activity.

In addition to stereotypes, there are other obstacles to the introduction of UBI. To realize a fair distribution of funds in the world of traditional finance, we need a complex and expensive system of interaction between all participants, which must take into account many factors — from inflation and possible corruption to the characteristics of migration flows. As a result, for a country with a population of 300 million people located in five different time zones, the cost of paying a UBI in the amount of $1,000 would be from $10 to $130 for each $1,000 paid.

Today, however, there is a technical solution that can help the state build an effective payment system for UBI with minimal costs: cryptocurrency. It’s not about Bitcoin (BTC), Ether (ETH) or other digital assets, but about state cryptocurrencies whose issuing will be controlled by the central bank as well as the issue of paper money, the development of which is already underway — if not the use of it.

How crypto technologies will help

Unlike the public cryptocurrency blockchain, where one of the conflicting features is the anonymity of asset owners, the treasury blockchain is absolutely transparent to the state. The distribution of UBI occurs inside a closed peer-to-peer information system, the participants of which will be:

The state: It carries out centralized cryptocurrency issuance, direct transfer of UBI payments to electronic wallets of citizens, control of cash flows within the system, and blocking of suspicious transactions, including the purchase of certain goods and services.

Citizens: They spend the money received.

Organizations: UBI payments are accepted for payment from citizens, then they use the accumulated cryptocurrency to pay taxes and/or convert to other currencies, which they then use for any traditional payments.

The blockchain will allow for the instant and reliable exchange of data necessary for calculating the value of a UBI payment, as well as to control its timely payment to each person. In order to avoid fraud and attempts to obtain a payment several times, user identification in the system can occur, for example, by entering insurance data and confirming identity (full-time or remote) or by using biometrics.

Thanks to the absolute transparency and automation of processes due to smart contracts, the technologies behind cryptocurrency can solve the main problems that today interfere with the technical implementation of the database technology. Here are some examples:

1. Inflation. When calculating the value of UBI payments, it is important to constantly monitor the change in the purchasing power of money, taking into account the actual consumer basket. Today, data for calculating the consumer price index is manually collected; that is, workers go shopping and write out prices. It is slow and expensive.

Solution: Using a centralized cryptocurrency will make the collection of information almost instantaneous, increase the objectivity of the data and eliminate errors in the calculations. Blockchain also allows you to change the position of goods and services for monitoring based on actual consumption by the population.

2. Different living standards. The same goods and services may have different prices and different densities in the consumer basket. When using “ordinary” fiat money for UBI payments, the issue will be resolved using simple averaging, which can lead to significant distortions of the overall picture. This problem is especially typical for nations with a large territory and a significant difference between urbanized and agricultural/fishing areas.

Solution: UBI, listed in cryptocurrency, allows not only to take into account changes in the cost of goods but also to create a “basket of subcurrencies.” The cost of goods in each region can be considered separately and then reduced to a common denominator through conversion rather than averaging. As a result, people will be able to buy an identical amount of goods and services, regardless of the real standard of living in a particular region.

3. Corruption. In regions with a weak law enforcement system, the payment of UBI in traditional currency can lead to an increase in corruption.

Solution: All transactions will be recorded on the blockchain, and it will be possible to track the entire path of the cryptocurrency from the moment of issue. Such transparency of payments leaves no room for corruption.

4. Immigration. With the current level of globalization, people often move to countries with more developed economies. If UBI is paid to all citizens, even those who do not reside in the territory of the donor state, this provokes even greater inequality: Those who leave are twice winners. On the other hand, if UBI is not paid to visitors who are legally working in the territory of the donor state, the welfare gap between them and the citizens of the country widens. In both cases, UBI can provoke an increase in social tension and affect migration flows.

Solution: Cryptotechnologies make it possible to make UBI payments selectively — taking into account the main geolocation of the tax resident. For example, only to those who contribute to the creation of value added in the territory of the state or who have other legal grounds for receiving funds. For example, in the case of minors, pensioners, etc.

5. Costs. Within the framework of the traditional financial system, administering direct, regular, simultaneous settlements with millions of people is difficult and expensive. This requires the payment of many staff and the cost of operating an information technology banking infrastructure. It is also necessary to take into account additional costs during IT development and operation of systems: They must have an excess supply of productivity, which is necessary at peak load times.

Solution: Blockchain technology automates all processes related to accounting, routing, cash charging, etc. The total transaction cost — from the issuer to the electronic wallet — in the case of the state blockchain, becomes much cheaper than in the traditional fiat payment infrastructure. Custom wallets can be created through public application program interfaces, which will make them free for both the state and the public. In this case, the state will retain only the certification function of this software.

6. Relevance of statistics. Today, businesses are forced to prepare many reports for various departments, which then turn into summary data for industries, regions and the country as a whole. Such a process requires a lot of labor, time and money, but its effectiveness is extremely low, as the final statistics are sent to the treasury a few months later when they could be, already irrelevant or at least outdated.

Solution: With cryptotechnologies, statistics will become instant, accurate and reliable. When a person pays with UBI funds from a cryptocurrency wallet, the information reflected in the cash receipt is sent to the state settlement centers in real time. Accurate data on the dynamics of sales in the assortment context will make it possible to form informed plans for the production of goods and a price policy, and to make timely adjustments in the field of remuneration and social security.

State cryptocurrencies can become an effective tool for the economic interaction of the state and citizens on the basis of other, more equitable relations. Three years ago, in a speech to Harvard graduates, Mark Zuckerberg called for the use of UBI to give people the opportunity to try new things, make mistakes and look for their callings. And today, when there are so many restrictions in the world, we have technologies that can give each person more freedom and security. This must be used, making UBI an ideal tool to empower the individual and help create a better world.

Alex Axelrod is the CEO and founder of Aximetria and Pay Reverse. He is also a serial entrepreneur with over a decade of experience in leading world-class technological roles within a large, number-one national mobile operator and leading financial organizations. Prior to these roles, he was the director of big data at the research and development center of JSFC AFK Systems.