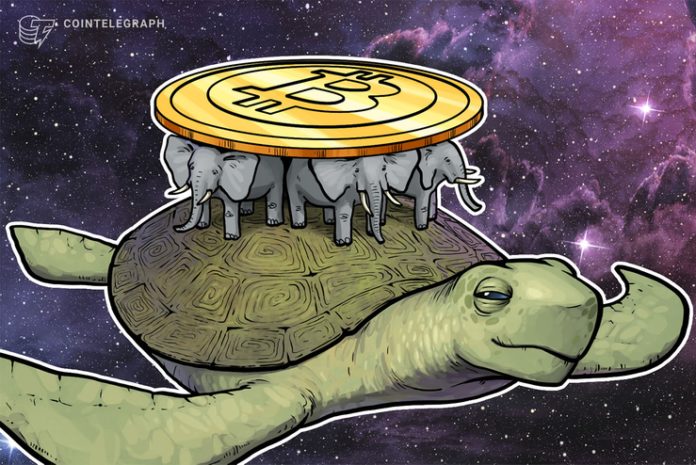 The two new funds — Asia Bitcoin Trust I and Atlas Mining Trust I —  were officially announced in a press release on Dec. 8, confirming an earlier disclosure from the firm in Hong Kong in late November.

Coinbase Custody will act as custodian for both trusts, with Asia-based Profound Trust Company acting as trustee. The combined size of the two trusts is $200 million.

The first of the two funds, Asia Bitcoin Trust I, is an actively managed investment vehicle and as such, is being pitched by the firm as a contrast to Grayscale’s flagship Bitcoin Trust , which has seen consistent year-on-year appreciation, outstripping many traditional investments.

Whereas Grayscale’s trust is passively managed, IDEG is setting its approach apart from that of  its predecessor, as the firm’s CEO Kevin Yang states:

“As the investment manager of the Trust, IDEG will apply a range of hedging and arbitrage strategies in order to gain more Bitcoin for the investors and meanwhile effectively control the risk of drawdowns.”

IDEG is aiming to further drive traditional investors to include crypto in their allocation strategies by offering a second trust that enables investors to share in the profits generated from IDEG’s mining business.

In his statement, IDEG founder Raymond Yuan claimed that the firm is seeing solid return ratios on its mining activities because of its focus on capex, opex, operational and risk management strategies, as well its capacity to invest in hardware and infrastructure.

“Individual miners are dropping out because institutional miners like us can improve in almost every aspect,” he claimed.

As reported, Grayscale’s highly-successful Bitcoin Trust (GBTC) has recently filed a Form 10 with the United States Securities and Exchange Commission (SEC) in a bid to become the first crypto fund to report to the regulator.

If approved, this would designate the fund as an SEC reporting company and require it to register its shares under the country’s Exchange Act. Ostensibly, given that many institutions hinder investors from considering trusts that lack SEC-approval, Grayscale’s eligible investor base could widen considerably should the filing be successful.

As Cointelegraph reported in September, another U.S.-based investment management firm VanEck has also launched its own Bitcoin trust, but gained relatively low traction in the first week of its operations.