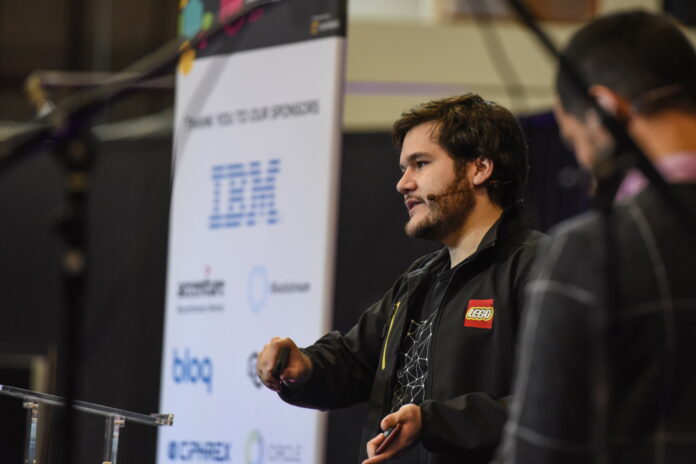 As Filecoin inches closer to a blockchain mainnet launch – after several delays since its $200 million raise in 2017 – investors in China are again speculating heavily on the network’s mining hardware and its token prices.

Since Protocol Labs, the foundation behind Filecoin, released a “Testnet Incentives” program on June 9 that was scheduled to start in a week, more than a dozen Chinese companies have started selling cloud mining contracts and physical hardware – even though important details like the mining incentive economics on the mainnet are still not finalized.

The sales volume so far on each of these companies can range from half a million to tens of millions of dollars, according to self-reported data on these platforms seen by CoinDesk and interviews with several mining hardware manufacturers.

Still, data from Filecoin’s testnet blockchain explorers show that currently eight out of the top 10 miners with the largest effective mining power on the testnet are Chinese miners.

These eight miners have around 15 petabytes (PB) of effective storage mining power, accounting for more than 85% of the testnet’s total of 17.86 PB. For context, 1 petabyte of hard drive storage = 1,000 terabytes (TB) = 1 million gigabytes (GB).

The Filecoin craze in China may be largely related to the long-standing popularity of crypto mining in the country in general, which is home to around 65% of the computing power on Bitcoin by estimation. Plus, there has been much hype in China about Filecoin mining since 2018, with companies touting all sorts of hardware when the network was still in a development mode.

“Crypto mining has always been a popular thing in China,” said Andy Tian, co-founder of 1475, one of the many Filecoin mining hardware manufacturers that’s backed by notable Chinese VCs such as Fenbushi and Hashkey Capital.

“Even though Filecoin’s mining process is much more complex technologically, the idea of mining with hard drives instead of specialized machines like a Bitcoin ASIC miner may actually be much easier for retail people to understand,” he said.

Meanwhile, according to Feixiaohao, a Chinese service that is comparable to CoinMarketCap or CoinGecko, nearly 50 Chinese crypto exchanges – mostly little-known ones along with some more notable ones including Gate.io and Biki – have listed trading pairs for Filecoin futures against USDT.

Since Filecoin’s mainnet is not yet live, the token traded on these exchanges is merely a future promise, with no clear visibility on how or when they can be settled when the network goes live.

Nevertheless, the total self-reported 24-hour trading volume on these exchanges on July 8 reached around $100 million, Feixiaohao data shows. And the prices for Filecoin futures have jumped up from around $11 in early June to around $28 on July 8 and are now down to $18 at press time.

In an Ask Me Anything hosted on June 25, Juan Benet, co-founder and CEO of Protocol Labs, confirmed the Testnet Incentives program will start on July 20 now that the testnet has been running for months, although it’s still unclear how exactly the economic incentives for Filecoin would work. But that could be delayed.

Asked when miners should expect to “get the detailed parameters for Filecoin’s crypto economic constructions,” Benet said Protocol Labs is finalizing the parameters, which will continue to evolve.

“We are looking to solidify more final parameters in late July. Let us know if you have more questions on the structural mechanisms themselves,” he told community members.

The incentive program invites miners to compete for 4 million Filecoin tokens that would be mined on the testnet, but would only be distributed after the mainnet goes live. The goal is to do a stress test for the network’s infrastructure ahead of its expected mainnet launch in August if there’s no further delay.

However, since July 11, the team have started gauging feedback from the community within its official Slack channel in terms of postponing the Testnet Incentives as well as the mainnet by potentially another one to two weeks.

Although Filecoin testnet explorers currently show information about the total mined Filecoin at the testnet as well as each block’s reward, these numbers are at most a reference point as the finalized parameters are yet to be determined on the mainnet.

Therefore, as of this stage, investors buying either future-promised cloud mining contracts or physical hardware can’t be certain about the payback period for their investment with no clear equation to calculate a corresponding mining result on the mainnet.

“For now, [Filecoin] cloud mining is still a pseudo-proposition before all the incentive economics are finalized,” Tian said.

He said 1475 sells mining solutions and physical hardware as a whole but these machines could cost more than $30,000 per set in order to gain effective mining power. Partners who bought from them further sell computing power for around $300 per TB to retailers in the form of cloud mining contracts.

Mars Finance, a Chinese crypto media company invested in by Binance, for example, rolled out a cloud mining sales platform dubbed Mcloud.io. Apart from bitcoin mining contracts, it advertises several types of Filecoin cloud contracts, which tout an annualized rate of return of as much as 300% but do not indicate how much Filecoin can be mined with each TB of bought storage.

Nevertheless, it appears these looming questions have not held back speculation in China, especially during a time when the bitcoin and cryptocurrency market have remained relatively static.

6block, one mining pool based in China, told CoinDesk it estimates multiple Filecoin mining pools have accumulated at least several hundred million yuan (over $15 million) worth of hardware and software for self-mining and selling to investors.

Some larger bitcoin mining farms in China, like RRMine, also started buying hardware to prepare for Filecoin mining and selling cloud computing contracts based on these hardware. The firm said it sold out more than $15 million worth of contracts within minutes in two of the four sale phases that started in June.

Even some Chinese crypto exchanges, such as BKEX and ZB, also partnered with Filecoin miner makers and claimed on their website that Filecoin cloud mining contracts worth over $1 million in USDT were sold out within minutes last month.

But there’s another nuance: Simply owning more hard drive storage does not necessarily equal more effective mining power on the network. This logic is different from bitcoin mining.

In bitcoin mining, at the current difficulty level, one terahash per second (TH/s) of hash rate is expected to generate roughly 0.000008 BTC in 24 hours. The more TH/s there is, the more bitcoin a miner should be able to produce proportionally.

Read more: Filecoin Is Mailing Out Hard Drives of Climate Data to Kick-Start Its File-Storage Network

But in Filecoin, a miner’s effective mining power depends on the volume of sealed data on a hard drive, not the total volume of a hard drive.

That resembles the idea of a customized personal computer with no exact specification standard, although Protocol Labs has a recommended specification for a starter.

“A huge volume of hard drive storage alone is not the point,” Tian of 1475 said. “What matters is the combination of hardware, i.e. core processors, ram, storage, and software optimization to determine the acceleration speed for you to accumulate effective mining power as time goes on.”

But as of this stage, there appears to be no transparent way at the network level for retail investors to see how much of their purchased storage hard drive is actually effective mining power.

Protocol Labs, which is headquartered in the U.S., was behind Filecoin’s 2017 initial coin offering, which raised a staggering $200 million.

The goal for Filecoin is to build a distributed storage network with token rewards to incentivize hosting storage as a way to push for a wider adoption.

Colin Wang at The Force Partners, which has been mining Bitcoin for three years and followed Filecoin developments since 2018, also said that the idea of mining with a hard drive is more intuitive for ordinary investors to understand, although in reality the mining hardware is more than just a hard drive.

“Since 2018, there has been some Filecoin-related media coverage in China and so many machine sales companies have also been established,” he said.

But back then, Protocol Labs was still far away from rolling out the testnet – so there was a great level of uncertainty regarding a suitable mining hardware specification.

As the mainnet launch kept investors waiting, Wang said some Chinese companies had taken advantage of this information gap and used misleading claims to sell substandard machines to unwitting investors in China.

Wang went so far as to estimate that “uncodified mining machines may have sold for more than 30 billions yuan [$4 billion] in China” over the past two years.

Though an actual number may be hard to verify, such activities went rampant to the point that Protocol Labs issued an anti-fraud statement in December 2018, warning its Hong Kong and mainland China communities that it had no affiliation with any such miner sales and that investors should be wary of potential risks.

In one instance, local Chinese media reported in March 2019 that one self-claimed Filecoin hardware manufacturer allegedly exploited more than hundreds of people by an estimated $300 million for their fake Filecoin miners through an alleged multi-layer marketing scheme.

After rounds of delay, Protocol Labs said in September 2019 that the testnet launch would be live around December 2019 and the mainnet will be rolled out around Q1 2020.

The testnet did go live as promised, but the mainnet was once again delayed and is now expected to launch in August 2020.