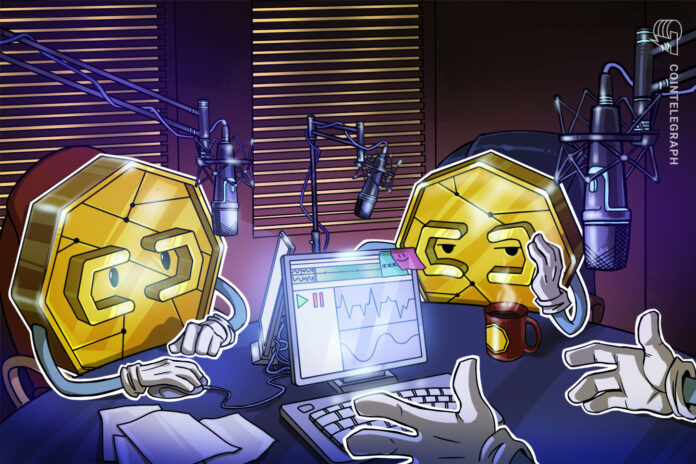 Podcaster Joe Rogan used the first few minutes of a recent episode to read out an advertisement for his sponsor Cash App and to tell listeners to buy Bitcoin.

On Episode 1515 of the Joe Rogan Experience released on July 28, Rogan adopted his customary tone used to plug advertising sponsors — including Cash App — before going on to state some serious technical points about Bitcoin (BTC), like stacking sats.

“Bitcoin is a transformational digital currency that acts as a decentralized peer-to-peer payment network powered by its users, with no central authority,” Rogan read out.

“I love it. I wish it was the way we exchanged currency, and maybe it will be in the future. Get on board.”

The podcaster, most likely aware that many of his 200 million or so listeners (triple the listeners of Alyssa Milano according to the actress) may not be familiar with the term “sats,” speculated on who Bitcoin creator Satoshi Nakamoto really was:

“I don’t even know if that’s their real name. It’s one of those weird things where the Internet has always tried to figure out who it is.”

Rogan has previously stated his podcast doesn’t necessarily need ads from Cash App, which (if true) makes the endorsement at least partly genuine.

🔊🔊”U can automatically purchase bitcoin,daily,weekly or even bi-weekly,known in the industry as stacking sats,sats is short for satoshi..#Bitcoin is a transformational digital currency that acts as a decentralized P2P payment network..I love it”- @joerogan h/t @hodlonaut 🔊🔊 pic.twitter.com/vockwDqLbk

Reaching out to influencers

Cash App, the payment service developed by Square, has given users the option to buy and sell BTC since 2018. However, Twitter and Square CEO Jack Dorsey has apparently ramped up efforts to promote the service.

Dorsey tweeted a picture featuring the Bitcoin logo on a Cash App-sponsored NASCAR vehicle driven by Darrell “Bubba” Wallace on July 14. Wallace, the only African American driver in NASCAR’s top racing series, became much more high-profile in recent months for his efforts to combat perceived racism in the sport.

Cointelegraph reported in June that Rogan uses privacy-focused browser Brave to avoid internet ads and Google tracking. The podcaster has also had prominent guests on his podcast from the cryptosphere, including Bitcoin bull Andreas Antonopoulos and Elon Musk.