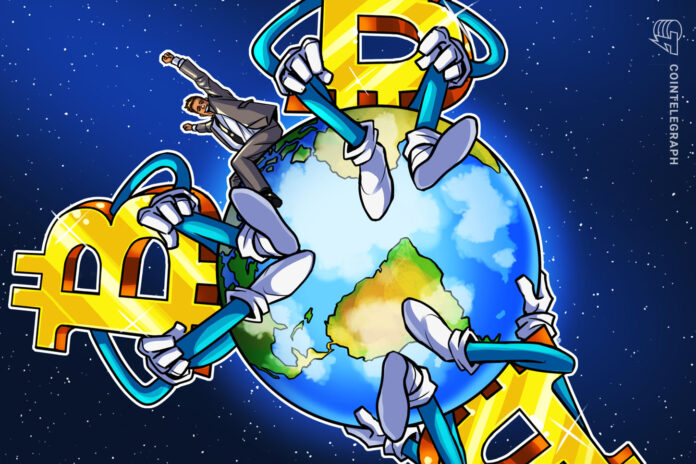 In a June 16 interview with Bloomberg, Kraken CEO Jesse Powell claimed that layer-2 solutions will in time make Bitcoin (BTC) as easy to use as the United States dollar.

In addition to improvements in Bitcoin’s utilitarian nature, Powell suggested that the eventual timing of institutional investors getting on board would rely on a herd mentality, and recommended Bitcoin as a hedge against the U.S. Federal Reserve’s current manipulation of the dollar.

Bitcoin utility will improve to match store of value

Powell trumpeted Bitcoin’s success as a store of value. The predictable nature of issuance has seen many flock to BTC as a hedge against traditional asset classes, and Powell suggested that long-term, he believed it would surpass gold.

However, just like gold and even cash, he said that people will not need to transfer “physical” Bitcoin on the blockchain. Cash apps such as PayPal and Venmo allow movement of fiat currencies in non-physical form, and layer-2 solutions will in-time provide easy-to-use tools to similarly interact with Bitcoin:

“Pretty soon all of the technology behind Bitcoin will just disappear and it’ll be just like the U.S. dollar where no one really understands how it works but everyone uses it.”

Powell continued that the past three months had seen a massive influx of new accounts from all investors types: hedge funds, wealth managers, retail investors and day traders. However, the long-promised flood of institutional investment will rely on a herd mentality, he said.

The revelations of respected fund managers like Paul Tudor Jones that up to 2% of his portfolio was in Bitcoin, will encourage others to come on board, eventually building to a critical mass of institutional players.

Regarding the potential manipulation of cryptocurrency markets by whales, Powell pointed out that traditional markets were also being manipulated:

“Look at the Fed buying junk bonds from failed United States corporations. It’s a joke. The market is manipulated. They’re printing trillions of dollars to pump up the value of publicly traded stocks. You can’t price anything in dollars any more. Inflation is going to be out of control very soon here. Personally I would be buying bitcoin as a hedge against that inflation.”