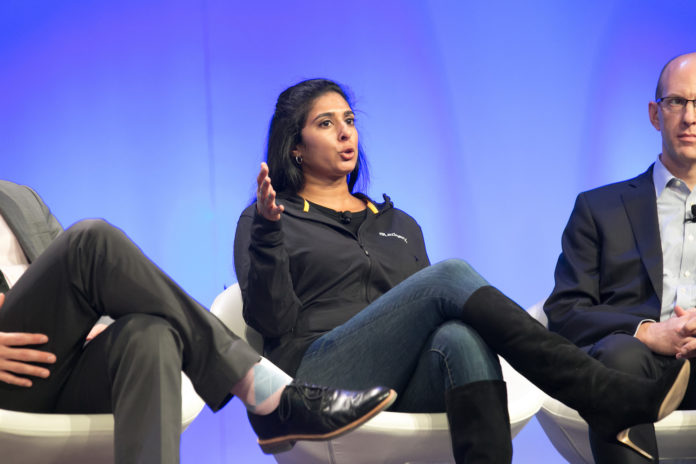 LedgerX executives claim the U.S. Commodity Futures Trading Commission (CFTC) is treating them unfairly – because of a blog post.

According to two letters obtained by CoinDesk via a Freedom of Information Act (FOIA) request, LedgerX believes former CFTC Chairman J. Christopher Giancarlo was personally biased against the company, and improperly used his position to delay the approval of an amended Derivatives Clearing Organization registration.

“We have strong reason to believe that this unreasonable delay that is in clear violation of the Commodity Exchange Act is related to the Chairman’s animus towards a blog post written by our CEO,” the first letter, dated July 3, 2019, states.

Giancarlo could not be immediately reached for comment. We will update this article if we hear back. LedgerX CEO Paul Chou told CoinDesk in a phone call Saturday that the letters are accurate, and consist of only some of the messages sent to the agency.

In the first letter, the company alleges that former Chair Giancarlo threatened the company, saying:

“In January [2019], the Chairman called one of our board members and told him that he was going to make sure our DCO order was revoked within two weeks, due to a blog post written by myself the previous year implying that preferential treatment was being given to larger companies so he could ‘cement his legacy.’ This refers to the ICE / Bakkt approval, which was running into issues that were frustrating the chairman.”

It is unclear which blog post specifically this letter refers to.

“This has been a long-going dispute,” Chou said, adding that the company was told in November 2018 that its DCO amendment application “would go very quickly,” and that he finds it suspicious that it has not yet been approved.

CFTC spokesperson Michael Short told CoinDesk that he could not speak to the allegations in the letters, but generally, “the CFTC treats all registered entities equally,” and LedgerX’s business requires “extensive consideration.”

The CFTC asked LedgerX to acquire insurance and conduct a SOC 1 Type 2 audit, which aims to ensure that a company’s controls are sufficient for its legal or technical mandate. Both of these conditions “were entirely bogus,” LedgerX said in its letter. However, agency officials later realized that the audit “was not what they thought,” it continued.

The letter alleged that a CFTC staffer tried to tamper with LedgerX’s audit, with the unidentified auditors reportedly “saying they had never seen this kind of thing before.”

“Previous chairman wanted to revoke LX license bc Bakkt efforts not moving along. Having no legitimate reason to revoke our license, staff resorted to contacting our independent auditors to tamper with audit to give commission reason to revoke license. Staff admitted & apologized”

The agency’s insurance request also apparently caused issues, after agency staffers realized that “they would have to do consistent rulemaking across other potential applicants,” meaning ErisX and Bakkt would have to comply with the same standards.

According to the letter:

“We [LedgerX] had conversations with division level heads that discussed how much of a mess this was and that one of them told me that he felt like ‘a guard in a concentration camp, just following orders from the top.’ These orders were completely divorced from the regulatory framework designed to impartially judge an application’s merit and good standing, and in our view, was based entirely on a personal animus between [Giancarlo] and me because of my blog post.”

This claim was repeated in the second letter, dated July 11, 2019, when LedgerX noted that its DCO amendment application had been outstanding for nearly 250 days (now more than 300 days). The CFTC has 180 days to approve or deny an application under federal law, though it is unclear what happens if it does not.

The CFTC’s Short said that the review process “became prolonged due to repeated changes in the company’s licensing strategy.”

The letters also note that the CFTC’s swap data repository (SDR) requirements require LedgerX to report to the Intercontinental Exchange’s ICE Trade Vault, which last year announced it would be launching a competing product to LedgerX in the form of Bakkt.

“At a meeting of the technology advisory committee an ICE employee admitted to me in private that they were watching our contract with great interest and they thought it to be the correct approach,” the July 3 letter said, adding:

“Later, we have on voice recording, when ICE staffers thought they had muted their side, that they were instructed to delay support for our SDR reporting so that we could not start trading — something we consider incredibly anticompetitive. We filed a formal complaint regarding this anti-competitive aspect which was not answered at all. A division head later admitted, in person, to our COO that I was correct in stating that certain entities were being preferentially treated by the Chariman’s [sic] office.”

These alleged actions are taking a toll on the company. According to the letters, LedgerX has “suffered considerable cost” and lost multiple employees due to these issues.

LedgerX also claimed that an unnamed reporter “at one of the most respected journalistic institutions in the world” told the company that “government insiders” had been sharing information about the company’s plans with “large private sector competitors.” (Presumably, the competitor is ICE.)

LedgerX called these actions “a gross violation” of the Chairman’s duty to enforce the law.

LedgerX nearly beat Bakkt to launching physically delivered bitcoin futures contracts at the end of July. At the time, however, the CFTC contacted CoinDesk, which first reported the futures offering, to say the company had “not yet been approved by the Commission” to do so.

As a result, ICE’s Bakkt became the first U.S. regulated company to offer the product earlier this month.

These compounding issues seemingly triggered a series of tweets from Paul and Juthica Chou after Bakkt went live on Sept. 23.

On Sept. 20, Fortune published a preview piece, writing that Bakkt would offer “the first physically delivered crypto-currency contracts ever traded on a federally regulated exchange.” LedgerX has offered physically-delivered options contracts since 2017.

The Fortune article has since been updated to clarify that Bakkt offers “the first physically delivered crypto-currency futures contracts ever traded on a federally regulated exchange” (emphasis added).

After the article was published, Juthica Chou asked the CFTC on Twitter if it was “going to issue a correction on this one.” After the Bakkt Twitter account shared a link to the article, she said in a subsequent tweet:

“[email protected] also are you going to make them delete this tweet? (or to be more precise, is head of enforcement going to call them for tweeting an article with incorrect information, like they did for LedgerX?)”

Paul Chou told CoinDesk Saturday he was “fired” from the CFTC’s Technology Advisory Committee, which will meet next on Oct. 3.

“They didn’t tell me why but I think it’s pretty obvious why they did it,” he said. “One of the issues they were going to talk about … was custody and LedgerX is essentially the only member that does custody right now so we were about to send Juthica.”

The CFTC contacted him on Friday evening to tell him he was being removed, he said.

Short told CoinDesk that the removal “was a unanimous decision by the Commission.”

“Paul’s erratic and unprofessional behavior had the potential to distract from the important issues under consideration by the committee,” he added.

Asked what his next steps are, Paul Chou only said: