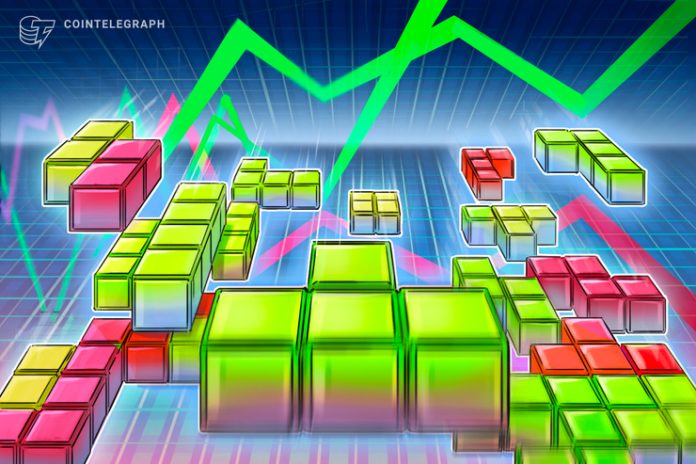 Tuesday Dec. 3 — Most cryptocurrencies continue trading sideways, including Bitcoin (BTC) which has not been able to find higher trading levels in the past few days.

Cointelegraph contributor Benjamin Pirus wrote that after BTC’s corrective bounce up to $7,875 last week, Bitcoin was unable to shake its larger downtrend. Instead, it headed back down to the $7,300 trading region. Pirus added that BTC could ultimately drop to a trading price near the $5,000 price mark, as its charts look mostly bearish at present.

Meanwhile, Ether (ETH) continues to trade in sync with Bitcoin. The top altcoin bounced off its daily low of $146 before moving up to its current trading price of around $149 per coin. Ether is showing a neglectable loss of around 0.5% at press time.

XRP, the third-largest coin by market capitalization, is also following today’s trend and currently sits at $0.220 to show a small loss of around 0.3% for the day.

Cointelegraph contributor Michaël van de Poppe recently explained that XRP’s downtrend is quite clear, as the controversial altcoin has continued to fall since its peak in January 2018. XRP has not been able to shake its downward behavior ever since. However, on the bullish side, van de Poppe did add that XRP could be on the verge of a rally.

According to data from Coin360, most of the top 20 coins are trading within a 1% gain or loss, with Tezos (XTZ) being an exception, showing a decent gain of 3.5% on the day. Conversely, Bitcoin SV (BSV) is seeing a loss on the day of almost 4% at press time.

The overall cryptocurrency market cap currently sits around $199.1 billion, with Bitcoin making up 66.6% of the total.