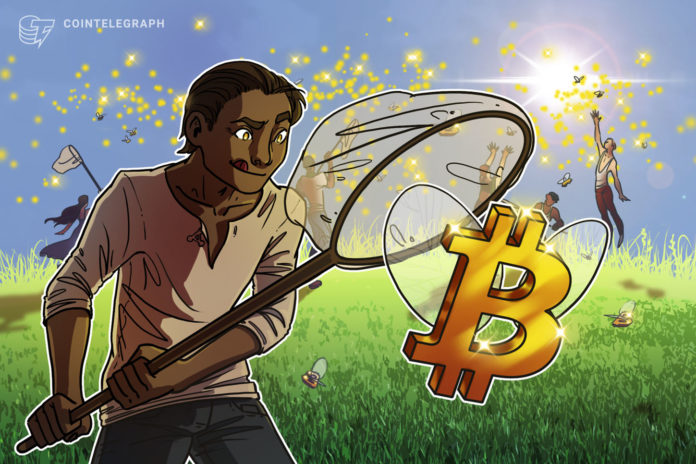 Bitcoin (BTC) dove more than $1,000 on some exchanges on June 2, although the event seems to be the result of simple trading activity, according to OKCoin’s head of market development Matthew Ficke.

“Price movement like we saw yesterday typically attracts short-term traders trying to position for a larger break higher,” Ficke said of the day prior, when Bitcoin surged notably past $10,000.

Bitcoin pumped and then dumped

Ficke noted the $10,400 price level as an important zone historically. Since fall 2019, Bitcoin has visited this zone three times, unable to break past with significant staying power.

“It is likely that short liquidations were triggered nearby,” Ficke explained of the June 2 action. “Active traders positioning for breaks often manage risks by setting nearby stop levels,” he said, referencing stop-losses — levels traders set in advance that automatically close trading positions at a loss, preventing further losses.

“Unless momentum carries the market higher, their long positions can quickly become vulnerable. This dynamic can exaggerate short-term price volatility.”

In terms of recent bullish crypto prices, Ficke said Ethereum (ETH) could lie as a catalyst behind the action. Since Bitcoin’s halving a few weeks ago, the asset’s market dominance has fallen.

Additionally, Bitcoin’s recent push upward made sense in light of the current U.S. economic and public uncertainty, he said, adding:

“Some argue the environment reminds the market that BTC can act as a hedge against excessive government influence. As equities are near pre shelter in place levels, many seem to view crypto as relatively attractive.”

Regardless of the reasoning, crypto asset awareness continues rising, evident in a number of categories, including increased interest seen by algorithmic trading startup Floating Point Group.