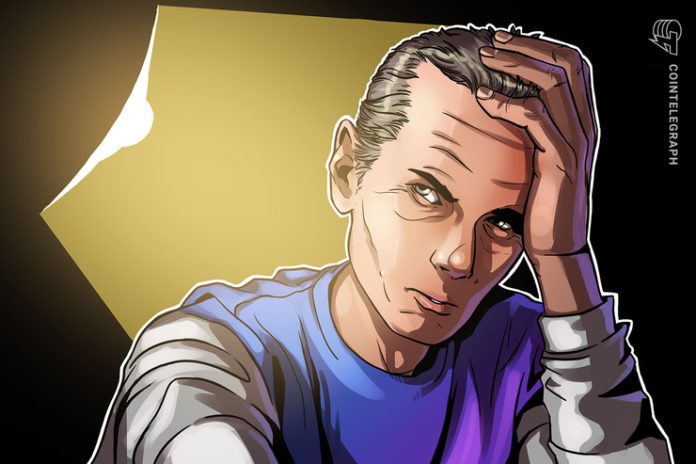 Nobuaki Kobayashi, trustee of the now-defunct Bitcoin (BTC) exchange Mt. Gox, has contacted the United States Department of Justice (DOJ) in search of information about Alexander Vinnik, the alleged former operator of BTC-e.

News of Kobayashi’s pursuit of information from the DOJ were revealed in a statement from his office on Oct. 1.

Kobayashi reaches out to DOJ

According to the statement from Kobayashi’s office, as part of the ongoing bankruptcy proceedings for Mt. Gox, the trustee “has been conducting investigations into whether any BTC or fiat money has disappeared” and “the background thereto if any has disappeared.”

In this context, the statement cites the U.S. 2017 indictment of Vinnik as well as the recent July 2019 civil lawsuit, indicating that the trustee has now contacted the DOJ through an unnamed U.S. law firm, “seeking further information.”

Initial charges from the DOJ in 2017 had accused Vinnik of masterminding an international money-laundering scheme that processed over $4 billion worth of capital flows via the BTC-e exchange, including roughly 300,000 Bitcoins that had been stolen from Mt.Gox.

Still in Greek detention over two years later, Vinnik has since become the subject of competing extradition requests from his native country, Russia, the U.S. and France.

This July, the latest development saw U.S. prosecutors filing a complaint seeking to recover civil money penalties from Vinnik and BTC-e for alleged violations of the Bank Secrecy Act.

As Cointelegraph reported last month, Russian law firm Zheleznikov and Partners has proposed legal action that should enable its lawyers to recover up to 200,000 Bitcoins lost with the collapse of Mt. Gox.

Zheleznikov has claimed that investigators could use Vinnik’s case to help trace the flow of stolen Mt. Gox Bitcoin via BTC-e and other platforms to as-yet-unnamed Russian nationals.

The law firm has said it will only accept payment in the event of a successful recovery, yet would, if so, charge creditors up to 75% of the recovered sum.