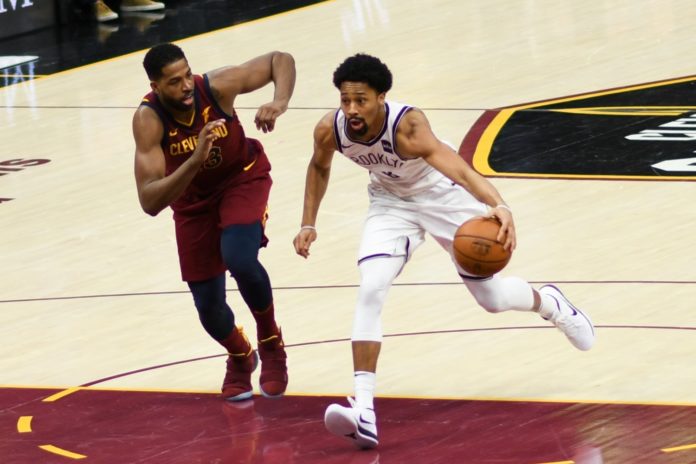 Spencer Dinwiddie took a shot at tokenization, but the National Basketball Association blocked him.

The NBA said Friday that Dinwiddie’s plan to pledge part of his contract earnings for a security token offering violates the league’s collective bargaining agreement, according to the New York Times.

“The described arrangement is prohibited by the C.B.A., which provides that ‘no player shall assign or otherwise transfer to any third party his right to receive compensation from the team under his uniform player contract,’” the league said.

Dinwiddie appeared to disagree with the assessment, writing on Twitter, “The architecture by definition is not an assignment lol FUD.”

It is unclear if the NBA spoke to Dinwiddie before providing the statement to the Times. However, the Brooklyn Nets guard indicated that he had told the league about his intentions before they were publicly announced, writing, “to put this quite simply I’m not assigning my contract and have been explicit in that when I’ve spoken to them.”

“The news tonight is disappointing because all it does is inspire #FUD in the birth of a previously unrealized asset class under the assumption that I’m breaking a rule that I’ve been clear I’m not breaking in multiple conversation,” he wrote, concluding:

“I look forward to an understanding because as I stated in the previous articles it was made with the @NBA in mind. Hopefully being able to bring added fan engagement to the different players/teams and liquidity for team owners.”

A publicist for Dinwiddie did not immediately respond to a request for comment. A spokesperson for the NBA sent CoinDesk the same statement shared with the Times.

Dinwiddie revealed Thursday that he intended to tokenize part of his contract on the ethereum blockchain, in order to raise $13.5 million from his three-year, $35 million contract (Dinwiddie is set to make $16 million in his first year).

As part of the DREAM Fan Shares platform, Dinwiddie outlined a company where any entertainer could tokenize their contract, raising part of their salary upfront to invest or otherwise use immediately. Token holders would receive Dinwiddie’s regular salary payments, recouping their investments and earning interest.

Paxos Trust Company was set to provide custody and escrow services for the project, paying investors out in the Paxos Standard stablecoin. The company was unavailable for comment on Friday.

Dinwiddie’s plan is receiving public support: on Friday, presidential candidate Andrew Yang, who has praised blockchain in the past and suggested a federal framework for cryptocurrency regulation, wrote that he thought the plan was “genius.” He added that he was “disappointed the NBA is disallowing it.”

Earlier Friday, Dinwiddie also revealed that he had partnered with the Tron Foundation and its CEO, Justin Sun, to donate 8.2 bitcoin to charity by selling his game-worn shoes for the 2019/2020 season.

He reassured fans that regardless of the NBA’s possible issues with his contract plan, he would make the donation, writing:

“Also, in case you were worried I’m still going to give the 8.2btc to charity from my shoes lol”