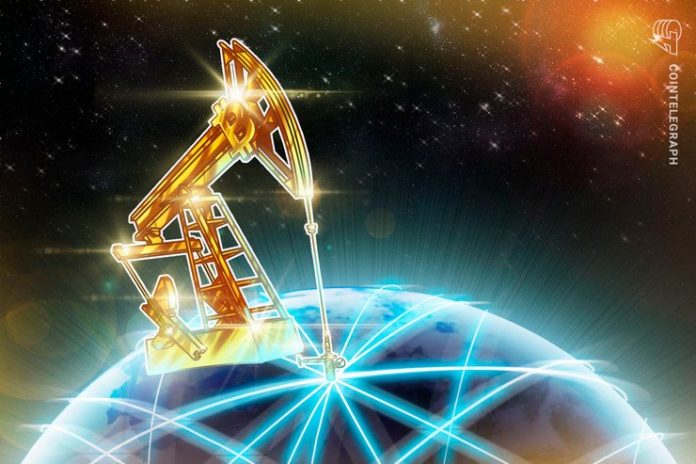 Mining Bitcoin (BTC) has often been criticised for its exorbitant power usage, but podcaster Marty Bent has embraced a solution that he says actually reduces waste in the oil and gas (O&G) sector.

In an April 15 blog post, Bent revealed that since last year he had been mining Bitcoin with the Great American Mining (GAM) company, using excess gas formed as a byproduct of mining oil to power the rigs.

GAM deployed their first small mining operation in the form of a shipping container in an oil field last December. Bent said it was the first step in encouraging O&G producers to become “some of the biggest miners within the Bitcoin network”.

He elaborated on the topic in a podcast:

“What we’re trying to do and achieve at Great American Mining is to sort of have these oil and gas companies have the ‘aha’ moment and realize that they should be investing in this and building out a mining infrastructure on their field so that they can be more efficient with their wasted gas… and overall in the long term, help Bitcoin out, help protect Bitcoin, and distribute Bitcoin further from a mining perspective.”

Bitcoin miners are looking for cheap and abundant energy sources, while O&G companies  are looking to be as efficient and profitable as possible. GAM uses gas normally disposed of as a waste byproduct or sold off — sometimes at a loss — into a crypto mining energy source.

“If designed correctly, containers filled with Bitcoin miners have far superior uptime and are 5x more profitable (on average) than sending the gas to a pipeline to sell.”

Bent said there was no need to use warehouses or or build steel structures to mine Bitcoin when stacked ordinary shipping containers would do:

“You’re seeing a trend now, where even centralized locations are adopting. Instead of building like a large warehouse and doing all the infrastructure, they’re actually using the container model as the way to build on site…. a year or so ago, that wasn’t the case at all. And now you’re seeing very, very large places, you know, stack 40, 50, 60 containers… it’s just cheaper to do it that way.”

The concept is becoming more popular. The Winklevoss Twins have invested in Crusoe Energy Systems, a Texas company that converts the waste from surplus natural gas to mine cryptocurrencies. Up in Canada oil mining company Black Pearl Resources are mining Bitcoin to help offset operational costs. Another Canadian company Upstream Data sells and rents mobile mining equipment to O&G producers for the same purpose.

U.S. doesn’t have much mining infrastructure

At present, China is the go-to destination for industrial-scale cryptocurrency mining facilities. With its affordable energy costs the country accounts for approximately 60-70% of the energy consumption from mining worldwide.

As of today, the Bitcoin network has an estimated annual electricity consumption of 73.374 TWh. As mining has become more expensive over time, its energy consumption will most likely also increase, leading entrepreneurs to look for alternative solutions.

Bent said that he believed that Bitcoin mining needed to be further distributed geographically — China currently dominates mining of the cryptocurrency. He said mining Bitcoin was a huge economic opportunity for the U.S. Oil and Gas industry:

“We are still very early in this game and on our personal journey at GAM, but we are confident that we will see this vision come to fruition over the course of the next five years. We could definitely fail (unless the government starts bailing out bitcoin miners), but we’re sure as hell going to try.”