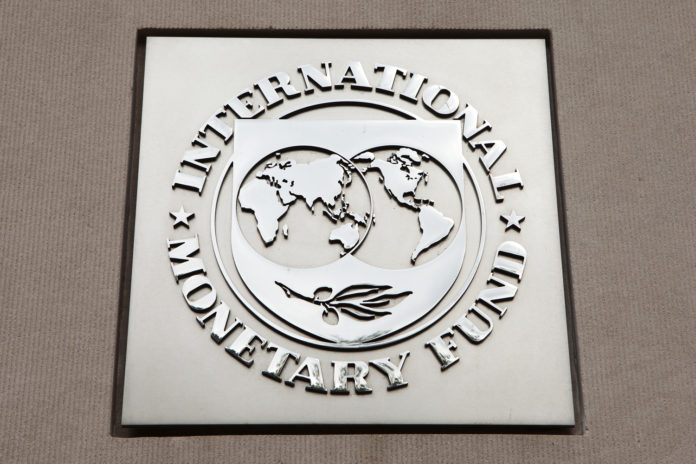 A senior figure at the International Monetary Fund (IMF) believes a digital currency backed by a central bank would open the door to much greater innovation in retail payments.

Tommaso Mancini-Griffoli, the IMF’s deputy division chief in the Monetary and Capital Markets Department, said synthetic CBDCs – digital currencies backed by the liabilities of a central bank, but issued with the aid of a private entity – could provide citizens with a reliable means of payment that simultaneously leverage some of the key competitive advantages of the private sector.

A synthetic CBDC as outlined by Mancini-Griffoli is pretty much a public-private partnership. The idea is a licensed eMoney provider stores client funds in a central bank and, in return, receives a central bank liability they can package however they see fit into a publicly tradeable stablecoin that remains fully-backed by central bank reserves.

Speaking Tuesday morning on The Money Movement, Circle CEO Jeremy Allaire’s new Youtube series, Mancini-Griffoli argued the key benefit offered by a synthetic CBDC, compared to a traditional CBDC – namely, where the central bank is responsible for the entire running of a digital currency – was that it made space for innovation.

Synthetic CBDCs – focusing on retail payments – enable central banks to promote monetary innovation within the confines of a safe and well-regulated environment, he said. In contrast, the traditional idea of a CBDC – which had pretty much “gone out of the door” in Mancini-Griffoli’s opinion – could become “very costly and very risky to the central bank, and it may deter innovation.”

“This public-private partnership [of a synthetic CBDC] is intended to conserve the competitive advantages of the private sector: to interface with clients and innovate, and the comparative advantage of the central bank: to regulate and provide trust,” he said.

See also: Central Banks Mull Creating a CBDC, but Not on a Blockchain: Survey

Other central banks have also mooted the possibility of a role for private companies. The Bank of England (BoE) has suggested there could be areas where a private entity would be far better placed to offer its own monetary solution for customers, as opposed to the central bank itself jumping in.

Even China, a major critic of the Facebook-planned Libra initiative, has carved out a role for a select group of private entities, the Agricultural Bank of China, say, as well as Alibaba and Tencent, to help in the issuance of its own digital yuan to Chinese citizens.

But the key aspect of a synthetic CBDC, so far as the IMF sees it, is that it delegates most of the fundamental functions of a CBDC to the private sector.

At the IMF-Swiss National Bank Conference in May 2019, Tobias Adrian, the IMF’s director of the Monetary and Capital Markets Department – Mancini-Griffoli’s boss – said a notable advantage of a synthetic CBDC was it allowed the central bank to focus only on areas where it offers tangible value: namely, regulatory oversight and settlement.

By offering liabilities wholesale, all other functions that the private sector traditionally excels at, such as customer management, client screening, even the tech design of the CBDC itself, can effectively be outsourced, Adrian added.

In fact, there would be nothing to stop, under the IMF’s interpretation, multiple private companies all issuing digital currencies that are all backed by the same central bank liabilities, and effectively compete with one another.

Still, there remain some unanswered questions. Chief among them is what the relationship between the public and private sector will ultimately look like. As Mancini-Griffoli highlighted: would a central bank ensure private entities undertake proper due diligence on clients, and would they provide input on what the tech design of the token itself would look like?

It remains hazy on “where do you draw the line of what the public sector does and what the private sector does,” he said.