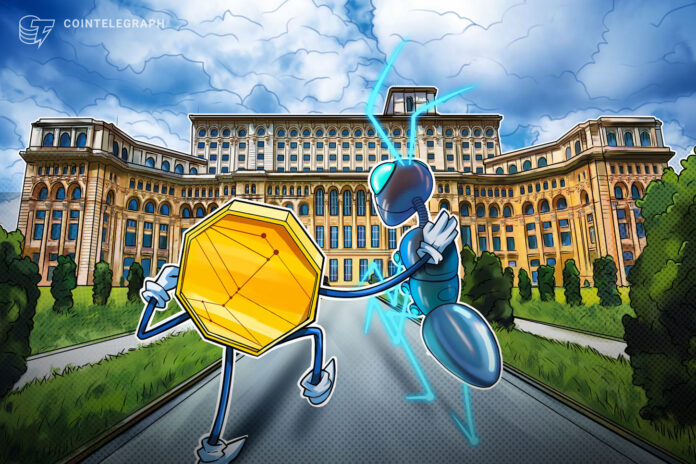 The European Union and the European Central Bank wanted to create a unitary legal framework that would limit the anonymity of cryptocurrency transactions, especially in the spectrum of money laundering, terrorist financing and tax evasion. The simplest method of control and probably the only one possible in the case of digital currency transactions is by checking the route of fiat currencies. Any purchase of digital currency with fiat money and vice versa is monitored through exchange providers.

As there is no legal framework in the EU to provide a definition and regulation on digital currencies, digital foreign exchange services and providers of custody wallets, this has materialized with the adoption of the Fifth Anti-Money Laundering and Terrorism Financing Directive, also called 5AMLD — the implementation of additional measures regarding the transparency of financial transactions.

Regarding the measures implemented by Romania, on July 18, 2019, Part I, Law No. 129/2019 for preventing and combating money laundering and terrorist financing was published in the Official Gazette of Romania. However, it did not fully transpose 5AMLD, omitting categories of reporting entities, such as those in the field of cryptocurrencies. The non-transposition of 5AMLD led Romania to the Court of Justice of the European Union, currently Case C-549/18.

In order to streamline the mechanism for preventing and combating money laundering up to the limit provided by the directive and to avoid financial consequences that may result from the infringement procedure, the Government of Romania adopted an Emergency Ordinance on July 1, 2020, on amending and supplementing Law No. 129/2019, referred to as GEO, which also transposes the rest of 5AMLD into Romanian legislation.

Following the adoption of GEO, the exchange providers that monitor the purchase of digital currency with fiat currency and vice versa must now be authorized if they operate in Romania.

The Emergency Ordinance adds new definitions to Article 2 of the Law, as follows:

t^1) virtual currency means a digital representation of the value that is not issued or guaranteed by a central bank or public authority, is not necessarily linked to a legally established currency and does not have the legal status of currency or money, but is accepted by natural or legal persons as a medium of exchange and may be transferred, stored and traded electronically.

t^2) digital wallet provider means an entity that provides services for the secure storage of private cryptographic key services on behalf of its customers, for the holding, storage and transfer of virtual currency.”

As the definitions indicate, there is no difference between electronic money and virtual currency.

There are certain types of virtual currency that promise future gains and that have been sold in initial coin offerings or, over the past two years, in security token offerings.

However, new business models, especially where consumers pay with platform-specific cryptocurrencies, can be classified as electronic currencies that tend to become virtual currencies. The classification of a virtual currency as an e-money or financial instrument will depend on the business model and the role played by the currency in the platform ecosystem.

The normative act adopted by the Government of Romania duly completes Law No. 129/2019 with new reporting entities, as follows: exchange service providers between virtual currencies and fiat currencies and digital wallet providers.

Digital wallets differ, depending on how you access your wallet and how you store your private key. A hot wallet has direct and permanent access to the internet and a specific blockchain. The name hot wallet stems from the fact that it is connected online and can be managed remotely by the owner or a third party (custodian). The direct exposure to the online environment and the possibility of custody by a third party make the hot wallet an instrument that requires authorization, leading to a higher risk of cyberattacks.

Meanwhile, according to the Emergency Ordinance adopted by the government, those who provide exchange services between virtual currencies and fiat currencies, as well as digital wallet providers, must authorize/register with the commission for the authorization of foreign exchange activity. The new Article 301 introduced by the normative act regulates and details the way in which a legal person can register for this purpose and the conditions it must meet.

Providers of exchange services are the entities that provide the exchange of virtual currencies, regular currencies and banknotes deemed legal tender and the electronic currency of a country, which is accepted as a means of exchange in the issuing country.

In this context, a question arises: “May the conditions under which exchange service providers or digital wallet service providers authorized/registered in the EU, in the European Economic Area, or in Switzerland provide such services in Romania?”

Providers authorized in other EEA countries may provide such services in Romania only if they register/authorize on the basis of the notification sent to the commission by the competent authority of the state of origin and the response received to this notification from the commission. In addition, these European exchange services will be obliged to have an authorized representative, who must be domiciled in Romania, who is authorized to conclude contracts on behalf of the foreign person and to represent the client before the state authorities and the courts in Romania.

Therefore, this can be interpreted in a way that these European providers must meet the criterion of a double registration/authorization according to the Romanian legislation to verify if they comply with the legislation of the country of origin, as well as that of the country where they provide their services.

This double condition imposed by the legislator of registration/authorization could be considered as too harsh, considering that other financial services benefit from a passport without the need for an authorized agent. However, the EU financial services directives leave the specific regulation to the member states.

Furthermore, the Emergency Ordinance adopted by the Romanian government explicitly highlights that the unauthorized or unregistered activities described above are clearly prohibited, and internet, radio and TV operators will restrict access to the site providers of exchange services between and service providers of unauthorized/unregistered digital wallets in Romania or in the EEA.

Meanwhile, if there are currently such service providers in Romania, they will be obligated to comply with the new legal provisions of the Emergency Ordinance within three months from when it enters into force. The implementation time is relatively short, as registration requires a number of stringent compliance measures, such as Know Your Customer and Anti-Money Laundering measures, computer security, etc.

In addition, any exchange platform will need technical approval from the Romanian Digital Authority. Although it may seem like an onerous measure from an administrative point of view, we believe that the technical verification of an exchange platform’s security that also holds custody of funds would be appropriate. In this sense, a multitude of exchange platforms lost customers’ funds because they had faulty security policies and technical systems.

However, we consider that certain EU-authorized exchange platforms, which are a simple one implementation through an API or a gateway for Romanian customers, would not have to require such a complex authorization from a technical point of view and legal compliance.

Many unknowns still remain after the entry into force of the Emergency Ordinance, which will have to be clarified by the authorities in order to apply the normative act, such as:

The Emergency Ordinance clarifies the types of business models requiring authorization within the cryptocurrency industry. Also, the technical approval, if it is quickly granted, and in-depth understanding of blockchain technology can become a mark of the quality developed in Romania.

The regulation in question should no longer allow banks operating in Romania to decide at their discretion whether to allow the opening or closing of bank accounts for blockchain or crypto businesses. Bank accounts that use cryptocurrencies were seen as Holy Grails for businesses in the blockchain space.

So far, few startups in the blockchain space can boast that they have found the Holy Grail of a bank account, and even the lucky ones have woken up with closed accounts based on unknown criteria and lacking transparency — a situation completely abnormal and abusive.

In conclusion, the success of blockchain development in Romania, including the adoption of new business models, the creation of new value-added ecosystems, exchange and wallet services, will depend on how the authorities will implement these authorization measures, how they will communicate interinstitutional and whether they will over-regulate a new field, which is not yet fully understood by the European Commission or the European Central Bank. With great innovative potential that can benefit tech products, the label “Made in Romania” seems ever more within reach.

The views, thoughts and opinions expressed here are the authors’ alone and do not necessarily reflect or represent the views and opinions of Cointelegraph.

This article was co-authored by Alexandru Stanescu and Andrei Pelinari.

Alexandru Stanescu is a founding partner of SLV Legal — a firm focusing on deep tech, fintech, blockchain technology, crypto, Romanian startups, internationalization and alternative dispute resolution. Previously, he worked as the chief legal officer of a blockchain startup in the blockchain legal field at Baker Botts in London and with the World Bank in trade and competitiveness global practice. He is a graduate of Columbia Law School, the University of Deusto Spain and the University of Bucharest, Romania. SLV Legal is a member of the Global Legal Blockchain Consortium.

Andrei Pelinari is a partner with SLV Legal, covering complex corporate transactions, tax, international sales of goods, financial services, banking and international arbitration. He is a Fellow Chartered Arbitrator and a member of the Romanian Society of Construction Law.