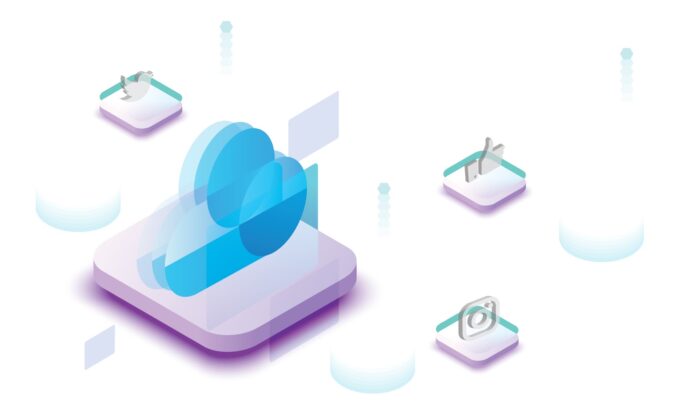 Apollo fintech is launching the Stratus social media ecosystem to revolutionize the world of social media and bring access to a host of other convenient services on the internet.

Already launched, as of 27 November 2020, this revolutionary platform will build a convenient landscape that integrates various features and services to make one single ecosystem and ultimately out-do all current social media platforms.

In the recent past, there have been many reports of mainstream social networks such as Facebook and Twitter engaging in data mining campaigns, where they collect individual data and sell it to the highest bidder. In most cases, private user data ends up in the hands of government watchdogs or is sold off to advertisers to conduct unauthorized market research.

To counter this culture of data mining, Stratus has prioritized data integrity for all its users. According to McCullah, data privacy is a fundamental freedom for everyone and has guaranteed the public that his new social network will never collect or sell any personal data.

What’s more, social media users who join Stratus will enjoy full control over their personal information, and they will choose who to share it with.

In a bold move to offer a secure alternative to Twitter, which suffered a devastating hack in July of this year, Stratus has integrated complete encryption of private information and personal communication.

The Apollo blockchain base will be a significant bolster to the security and privacy of users. This blockchain is among the best technologies in the fintech space, offering maximum protection for transactions and stored data.

As a pioneering ecosystem to offer an alternative to all existing social media platforms, Stratus introduces all social services in one central website and app; thus, everyone will access multiple services on the network just by a single touch.

Stratus Redefines the Role of Social Media in Society

Stratus will revolutionize the communication and entertainment features currently offered by big-tech social media networks such as Facebook, Youtube, and Instagram. It will provide users diverse and instant means to communicate via messages, video, and audio calls similar to WhatsApp. The Stratus channels, groups, and pages features will also bolster the healthy flow of info and ideas between individuals and groups.

However, Stratus will not be just majoring in communication. It will have platforms for entertainment, including a video-sharing app similar to youtube. The Stratus ecosystem will also hub a world of games to cater to gaming enthusiasts’ appetites globally via its gaming app store to give users access to free download games and other apps.

Furthermore, Stratus will be a financial hub, introducing financial solutions vital to navigating the world of commerce. All users will have access to a digital wallet, exchange platforms, and investment options for the fiat and crypto sectors to help investors maximize their income.

Social media’s role is going to be entirely redefined on the Stratus launch.

Recently, there have been rising talks over social media censorship, especially before the US presidential elections. An investigative report was running on Twitter about corrupt deals between Joe Biden, a Ukrainian company, and Hunter Biden. Twitter and Facebook censored the content immediately, even leading to the vilification of some journalists.

This sort of censorship in social media is unhealthy, leading to a drop in content creation and the silencing of voices that dare go against the mainstream narrative.

Stratus promises to champion the protection of freedom of speech and wage war against content censorship; all employees have been given the responsibility to protect user content fully.

The world of social media can now look to a future where the flow of content, ideas, and communications isn’t monitored and censored through computer algorithms. With Stratus, no intermediary will ever interfere with what can or can’t be displayed on a user’s social media feeds.