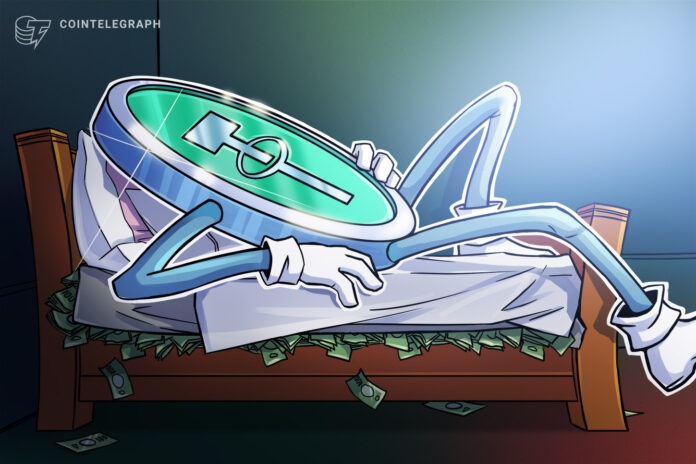 Alongside Bitcoin (BTC) and Ethereum (ETH), Tether is now one of three crypto assets with an eleven-figure capitalization.

Tether’s reported $10 billion market cap comes after year-to-date growth of 144% — with Tether representing $4.1 billion at the start of 2020.

However, data aggregators are at odds on Tether’s capitalization, with CoinGecko and CoinMarketCap estimating USDT’s market cap to be just over $9 billion.

USDC has steadily grown since launching in October 2018 to currently comprise the 18th-largest crypto asset overall.

Since launching in September of last year, Binance’s USD stablecoin BUSD has quickly emerged as a major player in the stablecoin sector — currently ranking fourth among stablecoins with a market cap of nearly $166 million.

Binance has grown by more than 875% since representing roughly $17 million at the start of the year, now ranking as the 49th-largest crypto market.

After starting the year with a capitalization of $225 million, Paxos Standard (PAX), the third-ranked stablecoin by market cap, has seen its market cap stagnate at $245 million since April, according to CoinMarketCap.

CoinMarketCap ranks Paxos as the 37th-largest crypto asset overall. However, the data may not take into account PAX that have been issued on the Ontology blockchain since April.

TrueUSD (TUSD) has actually posted a drop in market cap since the year —  falling from $155 million to $144.5 million as of this writing.

TUSD is the fifth-largest stablecoin and the 55th-ranked crypto asset by capitalization.