A new theory regarding the true identity of anonymous Bitcoin creator Satoshi Nakamoto has emerged from an extremely unlikely source. Enter the Escobar family and their story about Yasutaka Nakamoto.

The story goes like this: Yasutaka Nakamoto was a high-ranking engineer for Pacific West Airlines who worked for Colombian drug lord Pablo Escobar, smuggling drugs into the US from South America. Yasutaka disappeared completely from public view in 1992 after surviving an assassination attempt by his former employer. He then resurfaced years later to create and launch Bitcoin. He is also supposedly the brother of Dorian Satoshi Nakamoto.

At least that’s the story told to Cointelegraph by Olof Gustaffson, CEO of Escobar Inc, the multinational holding company associated with Colombian drug lord Pablo Escobar. Gustaffson is a 27-year-old Swedish entrepreneur who started his first business at age 13. By the time he was 21, he had become CEO of the Escobars’ multinational conglomerate based in Medellín, Colombia.

Why are we hearing this story now?

In a recent phone call with Cointelegraph, Gustaffson — right-hand man to Pablo’s brother Robert — relayed this fantastical version of events in an effort, he says, to silence some of the furor created by self-proclaimed Satoshi Nakamoto, Craig S. Wright.

According to Gustafsson, Yasutaka’s position as a head engineer for Pacific West Airlines made him the perfect insider for Pablo Escobar’s drug-smuggling operations. Where commercial pilot Barry Seal (played by Tom Cruise in the film American Made) had previously delivered drugs for Escobar, Yasutaka could continue carrying the torch, thanks largely to the unrestricted access afforded him in his role at the airline, says Gustafsson.

Gustafsson goes on to claim that Yasutaka’s experience with microprocessors and semiconductors supplied him with a base of technical knowledge which he would later apply to the world’s first cryptocurrency. According to Gustafsson, Yasutaka was a renegade — wild enough to work for Pablo Escobar but stubborn enough to never pledge his loyalty.

Only one public mention of any Yasutaka Nakamoto can be found online. Gustafsson directed us to a Los Angeles Times article from Oct 1. 1992, which tells the story of Hughes Aircraft Co. employee Yasutaka A. Nakamoto, who emerged unscathed after finding a pipe-bomb in his car while parked at work. The article states:

“Hughes employee Yasutaka A. Nakamoto, 39, at first thought his car had been burglarized because the window had been broken, Sgt. Andy Gonis said. He then found the device under the seat.”

As per policy, police refused to give out any further details about the bomb. They also refused to speculate as to why an aircraft engineer would find himself the target of a car bombing.

This assassination attempt marked the end of a fruitful period of drug-running collaboration for Nakamoto and Escobar, says Gustafsson. It also marked the last time Yasutaka Nakamoto was ever heard from.

Escobar Inc. is a many-headed hydra that’s dabbled in Bitcoin

Escobar Inc. has already dipped its toe into the cryptocurrency world. In 2018, Roberto Escobar launched “Diet Bitcoin,” a fork of the Bitcoin blockchain that eventually relocated to Ethereum’s ERC-20 architecture in 2019. But the company also excels at provocative publicity.

In 2016, Escobar started a GoFundMe campaign that sought to raise $50 million to accelerate the impeachment of Donald Trump. Roberto Escobar claimed to have information crucial to Robert Mueller’s investigation. The GoFundMe page was removed by the fundraising company due to a lack of clarity about how the funds were being allocated. It raised over $10 million in 10 hours before the campaign was shut down.

The same year, Escobar threatened Netflix with a $1 billion lawsuit over what he claimed were inaccurate depictions of his persona in the hit series Narcos. Roberto Escobar also demanded the right to edit subsequent seasons of the show himself.

In 2019 this reporter revealed Gustafsson and Escobar to be the former owners of the Bitcoin trademark, registered with the United States Patent and Trademark Office.

Self-proclaimed Satoshi Nakamoto Craig Wright made headlines in 2019 when he staked his own claim with the USPTO for Bitcoin’s naming rights. After failing to respond to Wright’s claim in the allotted six-month time period, Gustafsson’s UK-based company, Coin Legal Ltd., lost control of the Bitcoin trademark.

Now the pendulum appears to have swung back the other way. The latest filings on the USPTO website show Bitcoin’s naming rights to be back under control of Coin Legal Ltd. The latest changes to the filing were made as recently as April 14. 2020, and a review process is underway at this very moment.

Like every theory about Satoshi’s identity to emerge in recent years, the story of Yasutaka Nakamoto remains light on evidence and credibility. The only person who could contest or corroborate this Bitcoin creation story would be Dorian Satoshi Nakamoto, who Gustafsson claims is Yasutaka’s brother.

The return of Dorian Nakamoto 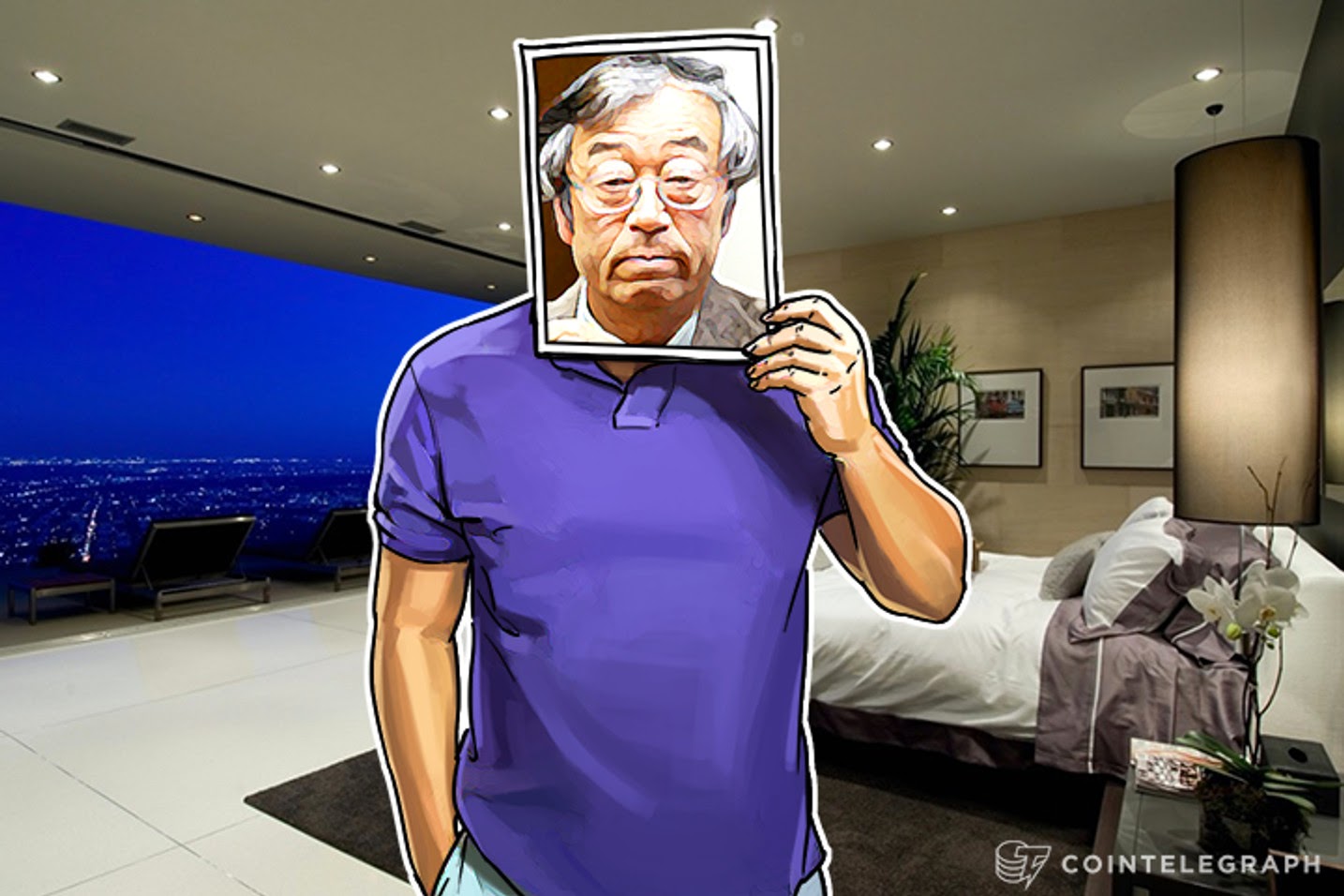 Dorian Nakamoto was the subject of a brief but intense period of speculation in 2014 after a Newsweek reporter published claims that he was the “face behind Bitcoin.” Before eventually denying any involvement with Bitcoin, Dorian initially told reporters he was “no longer involved in that,” and that he couldn’t discuss it.

Gustafsson points to this Whitepages entry for a Dorian S. Nakamoto, which aligns with Dorian’s age and area of residence. The same entry lists six relatives, one of them Yasutaka A. Nakamoto. According to Gustafsson, this is the Nakamoto everyone has been looking for. He said:

That’s possibly corroborated by a US phonebook search which lists four of Dorian’s same relatives for one Akiko Nakamoto. The Whitepages listing for Yasutaka A. Nakamoto also shows he lived at the same address as Dorian.

But such listings don’t amount to conclusive proof, and could potentially be manipulated by unrelated third parties.

Gustafsson contends that Dorian knew all about Yasutaka’s involvement with Bitcoin, and that Dorian himself had travelled to Colombia to conduct business with Roberto Escobar in 2014, in the wake of Yasutaka’s disappearance after the carbomb-at-work incident.

This version of Satoshi, if true, can now only take posthumous credit for his invention. Gustafsson claims creating Bitcoin was one of Yasutaka’s final acts before passing away in the early 2010’s. Meanwhile, after years of harassment following the discredited Newsweek article, Dorian Nakamoto has urged Bitcoiners and cryptocurrency enthusiasts to leave him alone. Although standard journalistic practice would dictate reaching out to Dorian Nakamoto in this instance, Cointelegraph instead aims to respect Dorian’s wishes and has not contacted him.

When asked why he had come forth with this information now, Gustafsson said, “Roberto believes it is important to set the record straight.”