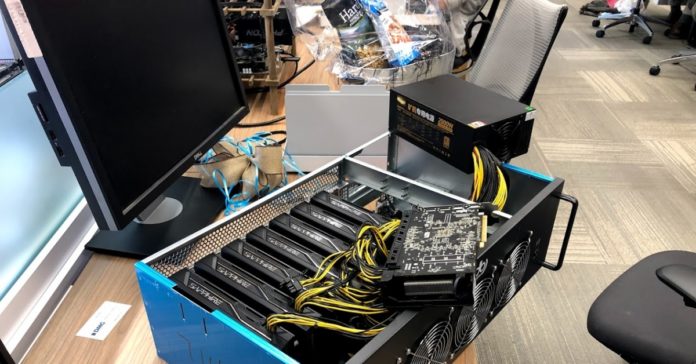 Over the past decade, the machines that maintain the Bitcoin network have undergone rapid technological development.

Mining equipment is a fundamental feature of the success of the bitcoin network because these machines determine whether or not it is profitable for miners to do what they do – that is, process the calculations needed to embed blocks of transactions on the blockchain.

While somewhat overlooked, the history of bitcoin mining equipment is also a key explanation for why the activity of mining has evolved over the years into a multi-billion dollar industry. The mining industry continues to evolve today, though there are signs to suggest its development is slowing down.

Below we take a look at the complete history of bitcoin mining technology, and where innovations could be heading next.

On Jan. 3, 2009, pseudonymous creator Satoshi Nakamoto mined the first bitcoin block. As the only miner on the bitcoin network at the time, Nakamoto didn’t need specialized equipment to launch the bitcoin blockchain. He was able to create bitcoin blocks using an average personal computer.

Computers used to browse the internet, launch Microsoft Word and a number of other countless applications all contain what is called a central processing unit (CPU). These devices control how commands on a computer are processed and executed. Due to the lack of miner competition in bitcoin’s early days, the computational energy required to create new blocks and earn mining rewards could be easily processed on CPU devices.

Hardware needed to mine new coins evolved over time as new miners joined the Bitcoin network and started to compete for block rewards.

The first major innovation to bitcoin mining hardware came shortly after a market value for bitcoin was established.

On May 22, 2010, computer programmer Laszlo Hanyecz paid 10,000 BTC for two Papa John’s pizzas. The pizzas were worth around $25. According to cryptocurrency data provider Coin Metrics, bitcoin market price then appreciated in July to around 8 cents. By the time the bitcoin price reached 10 cents in October 2010, the first mining device leveraging graphics processing units (GPUs) was developed.

Unlike CPUs, GPU devices are optimized to perform a narrow range of computational tasks. Originally built for gaming applications, GPUs excel at computing simple mathematical operations in parallel, rather than one at a time, in order to generate thousands of time-sensitive image pixels. These devices can also be re-programmed to compute other mathematical operations such as the ones required to mine new bitcoin.

The innovation of GPU mining, that is mining bitcoin on a GPU device, made producing bitcoin blocks and earning block rewards on average roughly six times more efficient according to analysis done by CEO of mining consultancy firm Navier, Josh Metnick. For these efficiency gains, an average GPU device costs only twice as much as the average CPU device.

These efficiency gains were quickly overshadowed the following year, in 2011, when field programmable gate arrays (FPGAs) were also re-modeled to mine bitcoin.

According to Metnick’s calculations, FPGAs are able to compute the mathematical operations required to mine bitcoin twice as fast as the highest grade GPU. However, these devices are more labor-intensive to build. FPGAs require configuration on both a software and hardware level, meaning the devices must be programmed to run customized code, as well as architected to run that code efficiently. It is the ability to adjust hardware components on an FPGA that makes these types of devices better optimized for bitcoin mining than a GPU.

The third major innovation to bitcoin mining likely required the largest amount of dedicated resources, time and development to achieve. Rather than repurposing the software and hardware parameters of existing machines, efforts to create an entirely new machine that would only mine bitcoin finally paid off. In 2013, a China-based computer hardware manufacturer called Canaan Creative released the first set of application-specific integrated circuits (ASICs) for bitcoin mining.

These devices, unlike CPUs, GPUs and FPGAs, were designed at their outset to mine bitcoin. This meant that all hardware and software components of these ASIC devices came pre-designed and optimized to compute strictly those calculations necessary to create new bitcoin blocks. The efficiency gains from ASICs could not be matched by any of the more general purpose devices that preceded it.

While Canaan Creative was the first bitcoin ASIC manufacturer, others such as Bitmain and MicroBT also came up with new versions of ASIC bitcoin mining devices with increasingly advanced hardware. One of the most noticeable developments in ASIC mining technology since 2013 has been a steady reduction in chip size. The size of ASIC chips which started off at a size of 130nm in 2013 has shrunk considerably to be as small as 7nm in the latest hardware models.

Without a radical new ground-breaking technology, bitcoin miners will soon stop competing primarily on the basis of hardware and equipment as was the case for the past decade.

The significance of chip size comes back to mining efficiency. The wider the surface of an ASIC chip, the larger its communication channels and therefore the more electricity required to transmit data on its surface. According to Metnick’s calculations, an ASIC bitcoin mining device today is 100 billion times the speed of the average CPU back in 2009.

Rakesh Kumar, associate professor of Electrical and Computer Engineering at the University of Illinois, believes a strong motivating factor of mining hardware evolution over the years since bitcoin’s creation has been the rising dollar value of bitcoin, which made mining an increasingly lucrative activity. The higher the market value of block rewards, the higher the payoff for innovations in mining technology that boost miner profit margins while decreasing operating costs.

The future of bitcoin mining

Since 2015, chip size reduction in ASIC bitcoin mining devices has been slower and less dramatic than in 2013 and 2014. What’s more, since the first bitcoin ASIC miner there has not been a new technology to leapfrog mining efficiency gains in the same way GPU mining had for CPU mining or FPGA mining had for GPU mining.

“We are hitting fundamental limits,” Kumar said. “It’s a problem with the entire industry, not just [bitcoin] mining, but the entire semiconductor industry…We need a new kind of device.”

Without a radical new ground-breaking technology, bitcoin miners will soon stop competing primarily on the basis of hardware and equipment as was the case for the past decade. Should bitcoin mining hardware become commoditized where efficiency gains of one model differ minutely from a newer model, miners will be forced to consider other areas in which to gain a competitive advantage. These could fall under innovations in energy sourcing, financial planning, or even product diversification.

While the evolution of bitcoin mining hardware has historically been the source of large miner efficiency gains, this may not be the case in the future, especially as technological innovations on the basis of hardware become fewer and farther between. Competition for bitcoin mining rewards will continue to spur technological evolution. However, it is unclear what the next major leap in mining technology will look like.