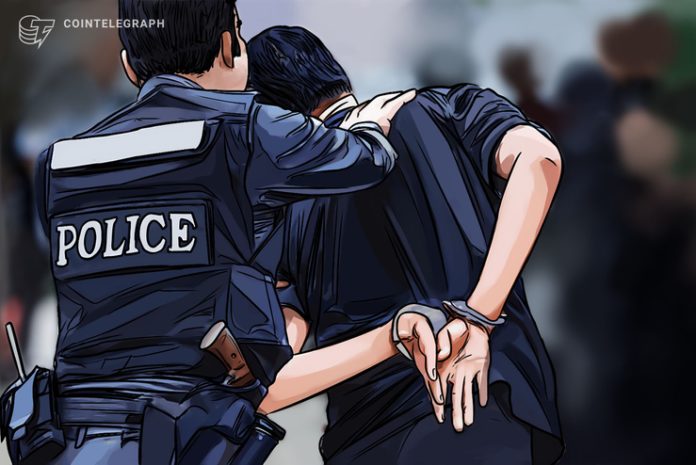 United States authorities in New Jersey have announced the arrest of three men who are accused of defrauding investors of over $722 million as part of alleged crypto ponzie scheme BitClub Network, per a Dec. 10 announcement from the Department of Justice.

The accusations against BitClub Network

According to the press release, BitClub Network promised massive rates of return in exchange for investments in a shared cryptocurrency mining pool. The parties at the center of the scheme then allegedly misappropriated over $722 million of those funds into their own lavish living rather than the promised mining pool.

The three accused are Matthew Goettsche and Jobadiah Weeks — both from Colorado — and Joseph Abel of California. Authorities are charging the first two with conspiracy to commit wire fraud, which carries a maximum sentence of 20 years in prison, as well as conspiracy to offer and sell unregistered securities. Abel, who was apparently less central to the scheme, has only been charged with conspiracy to offer and sell unregistered securities, a charge that carries a maximum prison term of 5 years.

The press release mentions additional conspirators who have not been named or charged with crimes.

This is not the first indication that BitClub may not be a fully above-board operation. Back in 2016, crypto news outlet 99Bitcoins warned against investing in BitClub, despite removing an earlier “scam” label from the company. The author, Ofir Beigel, explained:

“After gathering the facts I can’t prove that Bitclub network is a scam beyond a shadow of a doubt. I do however still think that Bitclub Network’s business model is lacking and wouldn’t invest in it personally.”

Back in March of 2017, Cointelegraph reported on accusations that BitClub had launched a malleability attack on the Bitcoin (BTC) network.

Arguably the most famous crypto exit scam in history, the case of OneCoin has seen notable recent legal action. In November, a jury in Manhattan found an attorney guilty of laundering over $400 million on behalf of OneCoin’s famed founder Ruja Ignatova, also known as the Cryptoqueen. For his services, he was allegedly paid $50 million.