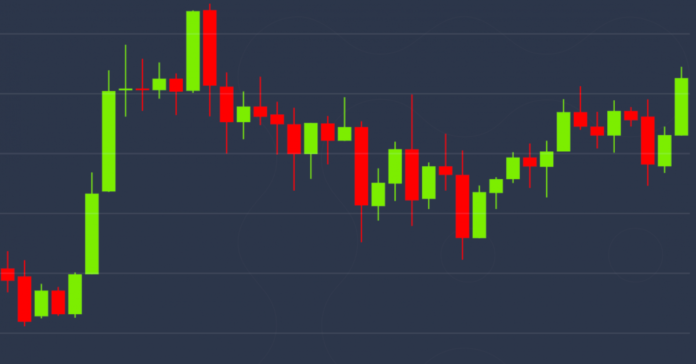 Over the past 24 hours, bitcoin (BTC) was up 2.8 percent Wednesday afternoon New York time and ether (ETH) was in the green 4.3 percent.

Bitcoin offshoots were among big winners on CoinDesk’s big board, including bitcoin gold (BTG) up a whopping 18 percent, bitcoin sv (BSV) climbing 16 percent and bitcoin cash (BCH) in the green 6 percent. BCH had its first halving of mining rewards Wednesday and BSV is expected to reach that milestone Friday. All 24-hour price changes are as of 20:50 UTC (4:50 PM EST) Wednesday.

In the traditional markets, Asia’s Nikkei 225 index closed up 2 percent. This continues a week in Japan where unprecedented stimulus amid the declaration of a state of emergency has not stopped markets from going up.

In the U.S., the S&P 500 closed New York’s trading day up an ebullient 3.4 percent. The Federal Reserve released minutes of its meeting Wednesday indicating the central bank will keep interest rates near zero in the face of long-term economic uncertainty.

Gold was down very slightly Wednesday, in the red 0.04 percent – but has been mostly flat the past few days. That sideways performance has traders doubting a breakout will come for gold as they expect for bitcoin.

“Bitcoin in general is much more volatile than gold so if we do get a breakout to the upside, it will outpace gold quickly,” said Siddhartha Jha, a former Wall Street analyst now focused on blockchain at startup Arbol.

Read more: How Imposters Scam Entrepreneurs Out of Their Crypto

As cryptocurrency’s bellwether asset, bitcoin is liable to move out of tight ranges pretty quickly – and a look at the derivatives market shows one intriguing trend.

However, bitcoin’s price has continued to rise since taking it on the chin almost a month ago.

“Volume has been in a methodical downtrend,” said Vishal Shah, a crypto options trader now building a derivatives platform called Alpha5. “This is while price has been inching higher. To me that says the market isn’t sure what will happen and wants to be covered in either event. This is unusually responsible in this space.”

Of course, this risk-aversion might well have something to do with BitMEX’s March 12 bloodcurdling $700 million liquidation dump, which caused a furious amount of activity to subside.

It’s possible, though, that fewer, less-leveraged bets in derivatives could ease downward pressure on spot prices.

“Such prudential positioning likely favors sideways-to-higher markets, corroborating our view that the lows are in,” Shah added.