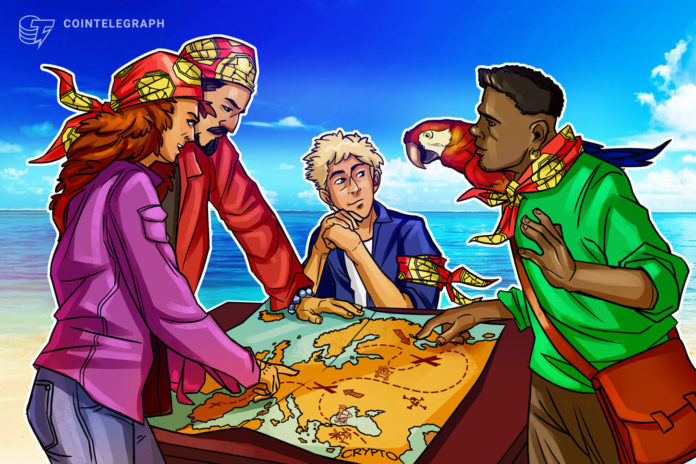 Listeners are now working find the 12 word seed phrase for the wallet holding the BTC prize. “I have hidden the seed to a wallet containing ~0.03 (+ 0.02) BTC inside of my latest album,” Logic Beach posted in a May 12 Reddit thread on r/Bitcoin, adding:

“‘Bifurcations‘ by Logic Beach is a Lo-Fi, Synth-Glitch, experimental project I’ve put together to celebrate the halving and to have a bit of fun. You will need the Lossless versions of the songs to solve this thing. (download the .wav files).”

Who is behind Logic Beach?

Logic Beach’s YouTube account reveals Herman Felker as the individual behind the music. “I am an Astrophysicist by night and an artist by night, but don’t let that distract you,” Felker claims in his YouTube bio.

Although Felker noted all album sale profits go into the wallet to boost the prize pot, inputting $0.00 into the payment box gives users the album for free on a site called BandCamp.

The artist said he does not expect the treasure hunt to last long as he thinks the puzzle is not terribly difficult. If someone completes the mission, Felker requested the winner share his or her method and route on Reddit, although he also said anonymity is fine as well, if the victor wishes.

At press time, the album’s wallet address, bc1qj7467e7r5pdfpypm03wyvguupdrld0ul2gcutg, still holds the BTC prize. “If no one solves it by May 21, I’ll take it down and explain the solution,” Felker said in the Reddit post.

Although the artist noted no previous album has ever contained buried Bitcoin, several other crypto space participants have created similar gigs over the years, including BTC paintings with hidden BTC in 2018.

Cointelegraph was unable to find an adequate point of contact to gain further commentary from Felker.