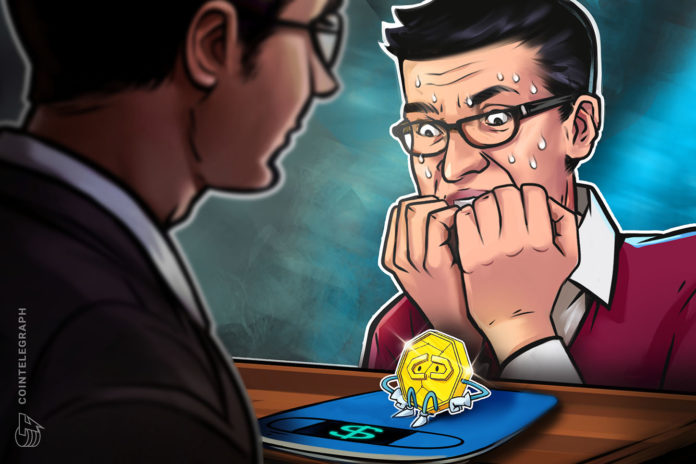 A former Etihad Airlines flight attendant says he faces up to three years in jail in the United Arab Emirates (UAE) for being unable to make installments on a $100,000 loan he took out to invest in crypto around the all time high.

Reddit user Crypthomie, identified only as a 34-year-old man who is not an UAE citizen, posted an image to the Bitcoin subreddit on June 9 of his repayment schedule for a 338,000 Dirham loan ⁠— approximately $109,000 ⁠at the time— with Emirates Islamic Bank.

Investing after the peak

Crypthomie’s story went semi-viral in the crypto community in August 2018 after posting the same bank installment schedule image and revealing his tale of woe.

After less than a year, he reported a 85% loss on his digital investments. The redditor said he had purchased Neo (NEO), Stellar (XLM), Litecoin (LTC), Ethereum (ETH) and “some shitcoins that lost 95 percent of their value.”

“It was my first speculative investment. I think it’s an age where we’re still unconscious and take a lot of risk if we don’t have big responsibilities like a kid or bills to pay.”

Unlike in many other countries, the UAE treats debt as a criminal matter rather than a civil one. If someone is unable to make his required monthly payments, they can be sentenced to up to three years in jail and possibly longer if the loan stays unpaid.

“We’ll be sent to jail within a few months,” he said referring to his former partner who has an unrelated debt, “and [the worst part] is that we won’t be able to communicate.”

Many countries prohibit jailing debtors but authorities sometimes find ways around them. In the United States, failure to repay fines for civil offenses like jaywalking and other traffic violations can often lead to prison time. The same issue contributes to high incarceration rates for indigenous people in Australia.

Most Reddit users replying to the thread advocate getting out of Dodge quickly.

“Get out of that country and start a new life with new names and identities dude,” said user _Neev.

However, the original poster shot down these ideas. “We have a travel ban on us as the bank opened a case. We are stuck until we can pay but will be jailed within a few weeks if we don’t send anything.”