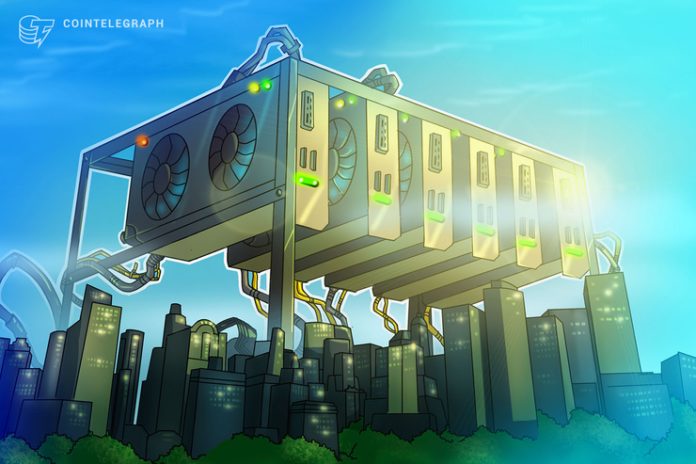 United Kingdom-based mining firm Argo Blockchain has doubled its order of new cryptocurrency miners as it eyes “significant expansion” of its capacities.

An Oct. 30 report from Proactive Investors revealed that the firm — which is listed on the main market of the London Stock Exchange —  is poised to increase its current hash power by 240%.

Poised for 17,000 miners in operation

The firm’s original $6.5 million down payment will be carried through for the new order, the company indicated, with the remaining $3 million to be provided from Argo’s cash reserves.

With the new delivery expected in early December, the firm will have a total of 17,000 Bitcoin (BTC) mining machines in operation.

Argo executive chairman Mike Edwards said the new order represented a “significant expansion” of mining infrastructure, noting that the choice to switch to T17s will seal a major increase in output for the firm.

He took a bullish line on the company’s health and the wider crypto markets, stating:

“Our strong balance sheet and cash flow means we can continue to invest to take advantage of favourable industry conditions and position Argo for long-term growth and value creation.”

As previously reported, Argo Blockchain added 1,000 fresh miners back in September. Reports had moreover circulated in August pointing to the company’s closure of a deal to increase its electricity supply by 357%.

Cointelegraph’s report at the time indicated the firm may have already then been poised to become the world’s largest publicly-listed miner.

Bitmain has itself meanwhile renewed its bid for a public listing, with fresh reports alleging it has recently filed for an Initial Public Offering with the United States Securities and Commission.