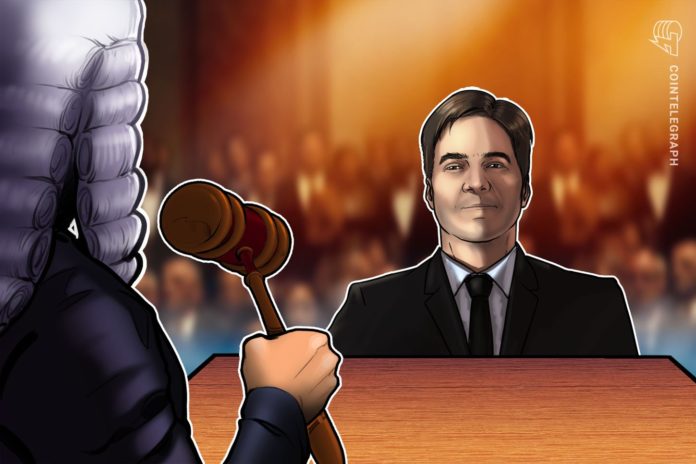 Craig Wright, the self-proclaimed Satoshi Nakamoto candidate and chief scientist at NChain, has lost an appeal against Bitcoin.com founder and Bitcoin Cash (BCH) evangelist, Roger Ver. Wright originally sued Ver for calling him “a fraud and a liar” in a now-deleted YouTube video in 2019, but the lawsuit was eventually dismissed, causing Wright to file an appeal.

According to May 29 court documents from the Court of Appeal of England and Wales, the appeal has now been rejected because “England and Wales is not clearly the most appropriate place to bring this action for Defamation.”

Wright, an Australian national, reportedly lives in London, while Ver is a citizen of Saint Kitts and Nevis. Wright argued that being labelled a fraud damaged his reputation within the UK’s business community, which is why he chose to file a lawsuit in Britain.

The court, however, decided that “Dr Wright’s reputation is just as likely to be affected in other jurisdictions where publication took place, as it is in England and Wales,” since “Bitcoin is a global currency”. It also mentioned that the majority of Ver’s social media followers are based in the United States.

Roger Ver told Cointelegraph that Wright now has to cover all of his court costs to date, which are nearing $100,000 according to his estimations. “I’ll be asking him to pay me via Bitcoin Cash,” Ver added.

Notably, the judges stressed that their decision “does not address whether Dr Wright is Satoshi Nakamoto”, a claim Wright has been trying to prove in his case against Ira Kleiman, scheduled to go on trial on July 6.

Earlier this month, a message signed by 145 wallets containing Bitcoin (BTC) mined in its first years called Craig Wright a “liar and a fraud,” in an apparent attempt to prove that he is not Satoshi Nakamoto.

Similar claims have previously been made by Blockstream CEO Adam Back, Ethereum co-founder Vitalik Buterin, podcaster Peter McCormack, and pseudonymous Twitter user Hodlnaut — all of whom have received libel lawsuits from Wright at some point.

Cointelegraph reached out to Craigh Wright for additional comments, but received no reply as of press time. This story will be updated, should we hear back from them.