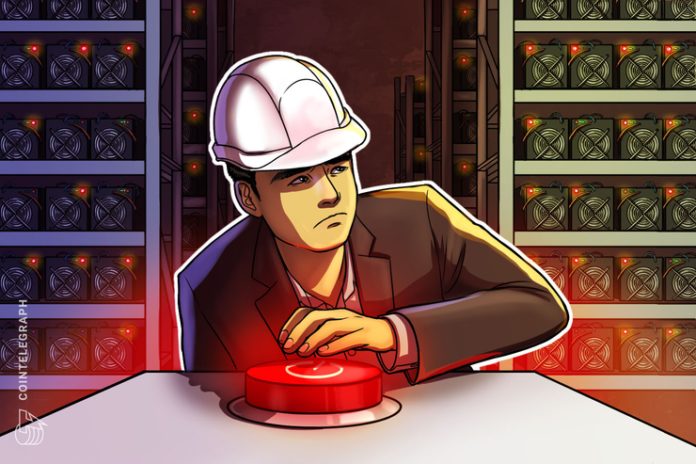 A veteran Chinese regulator has told those tasked with steering the strategic development of Sichuan province to tap surplus hydropower for the blockchain industry.

“Sichuan should study further about how the province’s cheap hydropower resources can attract digital currency-related businesses.”

Yang’s remarks were noted in an Oct. 30 report from South China Morning Post.

Sichuan, located in south-western China, has a protracted rainy season and is thus the country’s biggest producer of hydropower.

With this abundant resource, Sichuan’s electricity tariffs are reportedly as low as 2 US cents per kWh during the rainy season — as compared with the 11 US cent rate reported in Guangzhou and Beijing.

Even outside of the season, costs remain at a modest 4 US cents per kWh — a major draw for cryptocurrency miners, for whom electricity consumption commands the lion’s share of operating costs.

Most crucially, cryptocurrency mining is thought to have the potential to help absorb excess energy output, which reportedly remains a missed export opportunity for hydropower plants lacking in infrastructure. This could significantly boost the local economy, SCMP notes.

Calls for a breakthrough in blockchain finance

Jiang told strategists that China continues to mine 70% of the world’s Bitcoin (BTC), followed by India (4%) and the United States (1%), citing cheap hydropower as a major driving factor.

He called for China to seek a breakthrough in the application of blockchain to finance, noting that:

“In finance, the application of blockchain technology has been through digital currency, which today is primarily driven by Bitcoin.”

Increased mining is also expected to trigger a major uptick in Bitcoin trading volumes, as miners cash out their rewards to pay for operating costs.

This could represent a fraught issue for China’s main macroeconomic planning agency, the National Development Reform Commission, which has endeavored to clamp down on Bitcoin mining.

China has, moreover, banned all domestic crypto exchanges since Sept. 2017, meaning that this trading is likely to occur on offshore platforms.

Yesterday, Cointelegraph reported that the People’s Bank of China and the country’s market regulator will jointly implement a new system to certify 11 types of fintech hardware and software products relating to digital payments.